My recent trip to LA included a day spent at the Disney Toon Studios. As part of our experience, we spent time with several of the teams that are instrumental in getting a movie to it’s finished state. With the meeting of each new person and/or team I was able to realize more and more the pure passion that these individuals put into these movies. And, each individual brings a totally unique passion to the table. None was more evident for me, than sitting down with PLANES Director Klay Hall & Producer Traci Balthazor-Flynn. 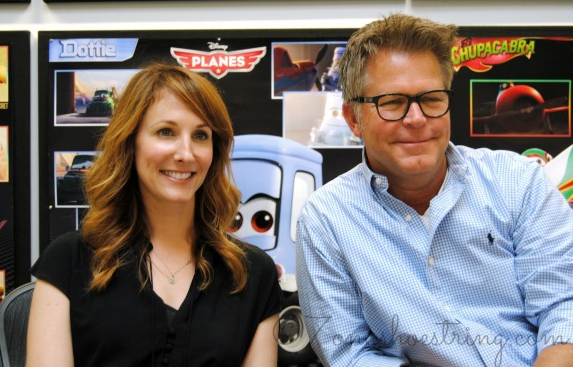 We were just getting ready for our private screening of the film when we met them, in fact, they introduced the movie to us. Can you imagine the excitement of having the director and the producer of a film actually introducing the movie to you?? It’s a crazy awesome experience, and you feel just a huge bit of pressure to like the film, because quite honestly they are both so like-able and right away, and I could tell that the last few years of their lives had went into this movie heart and soul. Here’s a bit about each of them: 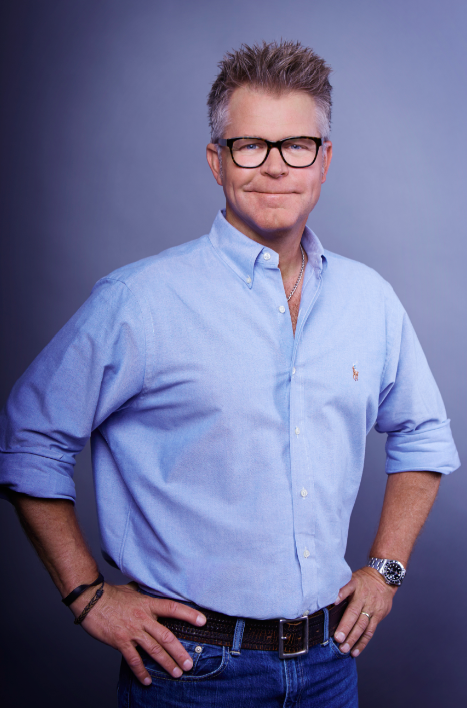 KLAY HALL (Director) was born in Burbank, Calif. Mentored by several of Disney’s legendary “nine old men,” including Frank Thomas, Ollie Johnston, Marc Davis and Ken Anderson, he received a Disney Scholarship to the California Institute of the Arts character animation program. Immediately upon graduation from CalArts, he was hired by The Walt Disney Studios to work on the featurette “Sport Goofy.” He subsequently joined Amblin Entertainment’s animated television series “Family Dog.”

A two-time Emmy® nominee for his work on the hit animated television series “King of the Hill,” Hall also directed the popular “Natural Born Kissers” episode of “The Simpsons.” His additional television animation credits include “Father of the Pride” as supervising director and “A Wish for Wings That Work” as directing animator. In addition, he worked on the Rolling Stones’ music video “Harlem Shuffle.”

Hall returned to The Walt Disney Studios to direct “Tinker Bell and the Lost Treasure” for Disneytoon Studios, a division of Walt Disney Animation Studios under the creative leadership of John Lasseter.

A lifelong aviation enthusiast, Hall is from an illustrious line of flyers and began drawing airplanes at an early age. His father and grandfather were both aviators, the former serving as a pilot in the Navy. Hall has flown in dozens of aircraft from World War II bombers to Vietnam-era Huey helicopters. He is also an ex-Motocross racer and still enjoys riding in his free time.

Hall resides in Los Angeles with his wife and two sons. 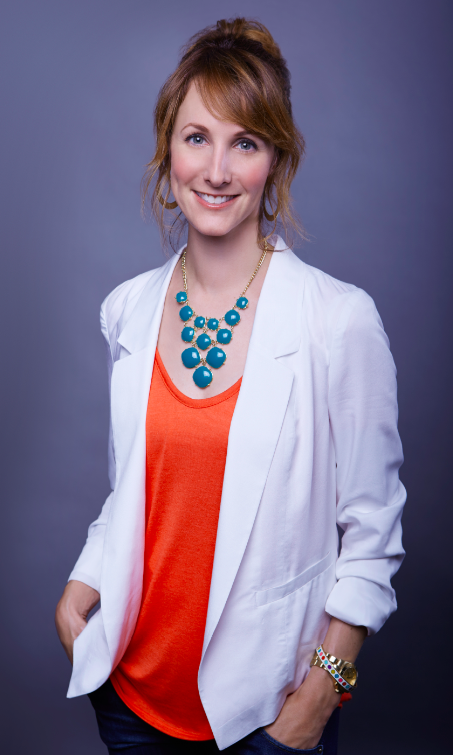 TRACI BALTHAZOR-FLYNN (Producer) was born and raised in Southern California. Her early career in the entertainment industrybegan on the creative side as a background painter at Sony Pictures where she worked on many Saturday morning cartoons including “Extreme Ghostbusters.” She then segued into a management role on the studio’s CG productions including the popular animated television series “Roughnecks: Starship Troopers Chronicles.”

From there, Balthazor-Flynn was recruited by the Walt Disney Studios where she took on her first role as a digital production manager overseeing a team of technical directors and CG artists on such animated features as “Return to Never Land,” “Bambi II” and “The Little Mermaid: Ariel’s Beginning.”

As she took on more responsibility, Balthazor-Flynn quickly rose through the executive ranks to support production for Disneytoon Studios, a part of Walt Disney Animation Studios under the creative leadership of John Lasseter. As director of production, Balthazor-Flynn was part of the team who helped launch the hit Disney Fairies film franchise. She has been instrumental in helping drive the expansion of Disneytoon Studios.

Balthazor-Flynn lives in Los Angeles with her husband and two sons.

Have you ever wondered HOW? WHY? Disney movies just bleed magic? It’s because the people behind these movies literally pour their hearts into them. Sitting down with people like Klay and Traci is eye opening on several levels. One, because they are REAL people. Two, because they are so inspiring. I just loved seeing the passion behind their comments and the excitement that they had in sharing their stories, and the adventures that they went through in bringing this movie to life. You can tell that every little detail was thought out, discussed (over and over and over again) and in some cases, they actually LIVED the moments that went into making the details of this movie so realistic. For example, while doing research for this movie,  both of them spent time on the USS Vincent aircraft carrier in the Pacific Ocean just to study and learn exactly how they could make the aircraft carrier scenes in this movie as realistic and accurate as possible! And…if you are a Top Gun fan, then you will LOVE how they pulled in Val Kilmer and Anthony Edwards to do the voice acting for characters Brave and Echo in this film. I love how Disney throws us awesome surprises like this! It was so fun to see how proud these two were of their choices for all of the voice actors in this film, and rightly so, as it really is an amazing line up of talent.

For me, one of the biggest take-aways from this experience was just getting to see how “real” these people are, which makes this whole process all that more fascinating to me. Real people + passion + life experiences + team work = pure Disney awesome. I can’t wait for you all to see this movie, it will not disappoint, I promise!

Remember… Disney’s PLANES hits theaters on August 9th!! Make sure to follow Disney’s PLANES on Facebook and Twitter @DisneyPictures! You can also follow hashtag #DisneyPlanesEvent to keep up with the latest excitement and buzz about Disney’s PLANES.

Can’t get enough Disney? You can read more about my most recent Disney experiences, including my fun (and challenging) experience in the voice recording studio recording the part of Dottie. You can see how sketches like mine get turned into the Disney movies in my post about my art lesson with Disney Story Artist Art Hernandez, or check out what I learned about the process of Disney Animation here. You can also read my Monsters University Tailgate and Premiere post here and you can also read my Monsters University movie review here.