Did you know that Tinker Bell (one of Disney’s most beloved characters) has a sister? Yes, it’s true… and in September, her sister Periwinkle made her appearance in the parks as a meet and greet character, and let me tell you …. she and Tinker Bell are a darling pair!

One of the highlights of my Disney In Home Bloggers Trip in August was the opportunity that I had to actually meet Periwinkle before she made her park debut, and it was so magical! She and Tinker Bell together are so sparkly and their is a magic that happens between them… but I won’t ruin the surprise for you, you’ll have to see the movie, but if you spot them in the park, keep an eye on their wings 😉 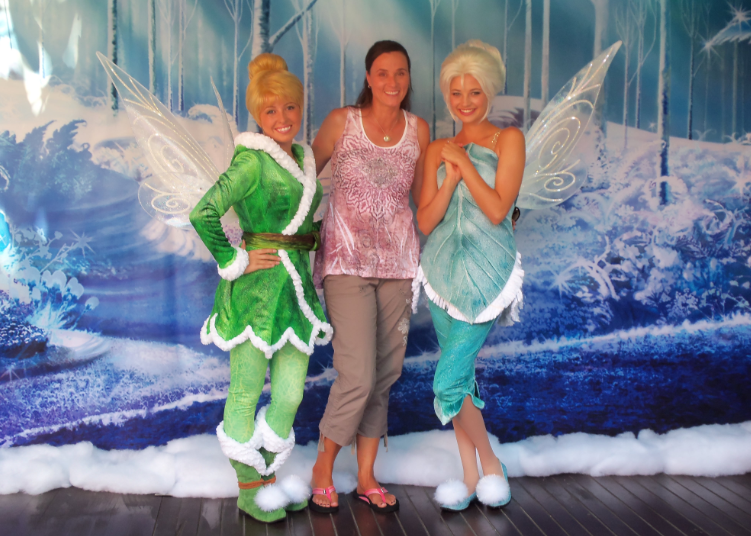 As part of this trip, I also had the opportunity to preview the upcoming movie Tinker Bell Secret of the Wings (which will be available on Blu-ray 3D, Blu-ray + DVD Combo Pack & HD Digital Download in just 2 more days, October 23rd…yay!!) It is such a beautiful movie, and in true Disney fashion, it is magical beyond words. You can actually pre-order this movie right now on Amazon for $29.96.

Stay tuned as I have a few more experiences from my trip to California to share with you, including more from Disneyland and Disney Toons Studios. You can see my previous post about my time interviewing Crush at Turtle Talk, my experience at California Adventure and Carsland here, my Finding Nemo in 3D and Partysauraus Rex Review here, and my Cinderella blogger makeover and consumer products post here.