This nationwide singalong event features celebrities and their families taking on their favorite Disney tunes right from the comfort of their own homes. Celebrity guests include Demi Lovato, Alan Menken, Ariana Grande, Elle Fanning, Josh Groban, Darren Criss, Tori Kelly and Marcus Scribner and also promises what I think I’m most excited for: an epic performance of “We’re All in This Together” with Kenny Ortega and his friends from “High School Musical,” “Descendants,” “High School Musical: The Musical: The Series,” “Zombies” and beyond!

“We’re All in This Together” with Kenny Ortega and Friends

And Aladdin fans will be excited to hear that James Monroe Iglehart and the Broadway Company of Disney’s “ALADDIN” will reunite for a mesmerizing rendition of “Friend Like Me.” 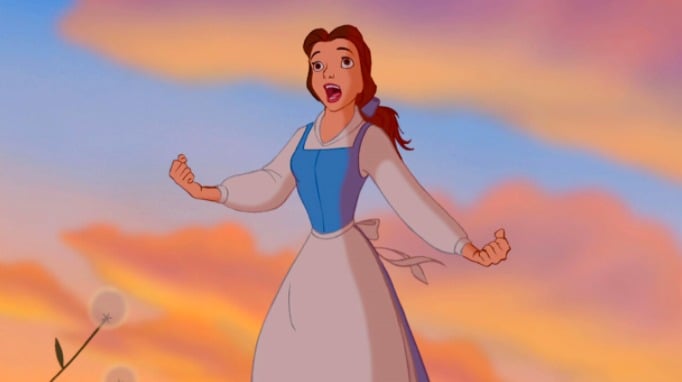 As if that’s not all exciting enough, this epic event will feature a vocal warm up by Kristin Chenoweth, a special introduction by Elle Fanning, and performances throughout the evening will include the following:

“Be Our Guest” – Derek Hough and Hayley Erbert, with a special appearance by Julianne Hough

“Can You Feel the Love Tonight” – Christina Aguilera

“Colors of the Wind” – Tori Kelly

“Do You Want to Build a Snowman” – Thomas Rhett

“Under The Sea” – Jordan Fisher

“You’ve Got a Friend In Me” – Josh Groban

I’m loving all of the ways that companies are coming together to bring us some joy and comfort during these crazy times.

This supersized Singalong is brought to you by T-Mobile and State Farm and of course – the wonderful folks from Disney!

The special will also air PSAs with talent from across Walt Disney Television to raise awareness about Feeding America’s vast network. It will provide resources for people in the country who are finding themselves in unfamiliar circumstances and facing hunger for the first time due to COVID-19.

Families and vulnerable members of the community who need help can visit FeedingAmerica.org/FeedTheLove to learn more about Feeding America’s COVID-19 response. It will also include information on how they can locate local food banks for help.

“The Disney Family Singalong” is one of many ways The Walt Disney Company is bringing the magic of Disney into homes right now.

And don’t forget about Disney+  … it’s been one of our go-to sources for our favorite movies and shows while we wait for life to get a bit more back normal. Remember! You can get a FREE trial membership to Disney + to see if it’s a fit for your family!

I can’t wait to get back to more Disney travel and adventure, but until then, this will be a pretty fun way to enjoy our favorite Disney music and moments! 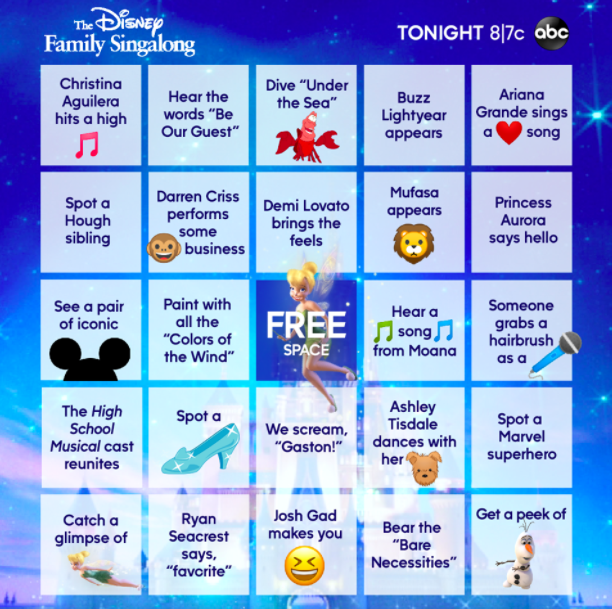 As if this even wasn’t fun enough, make sure to print out these fun Disney Family Singalong Bingo Game Cards from our friends at Disney and ABC!

What a fun way for the whole family to enjoy this wonderful Disney singalong event!

I’ll update you as they announce celebrity guests and performance details which will include an animated Mickey to entertain us and guide us again through this entertaining way for us to all stay connected through our love of Disney!

Speaking of love, make sure to check out these 50 Disney Love quotes that will keep your love of Disney flowing!

The nationwide singalong will air on Mother’s Day as part of ABC’s Sunday Night programming block, followed by an all-new remote episode of American Idol airing at 8 p.m. EDT.

The Disney Family Singalong: Volume II will also stream on  Disney+ after the original airing. Stay tuned for more info!!