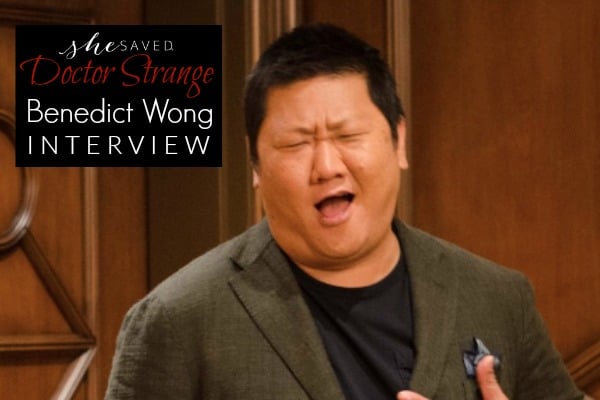 If you haven’t seen Doctor Strange yet, I highly recommend it! Such a great addition to the Marvel line up of films and this movie has such a great cast! Today I’m sharing my interview with Benedict Wong. He was so enthusiast and excited about this role in this movie:

You know, for me, I’m very thrilled to be a part of this incredible cast, this magnitude of Marvel, you know, and we’re really embarking on this incredible journey together. I just feel  like really ecstatic.

It’s sort of a mixture of childhood dreams to sort of being in kind of the Marvel Universe. 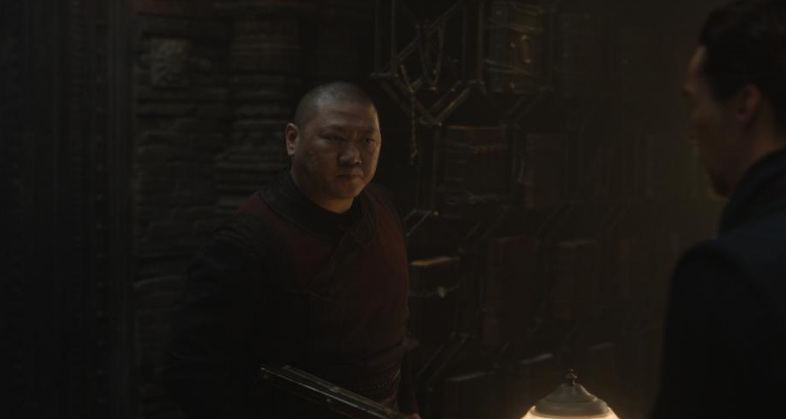 It turns out, Wong is familiar with comics, he used to collection them. So I can only imagine how exciting this role was for him.

I use to collect a lot of Marvel Comics. I was always a big sort of Spider Man fan. So I would always be at a Comic Book Store which is no longer there out in Manchester. God bless his soul, Odyssey Seven, and just be mining through these stories until I would get chucked out. I never really knew much about Dr. Strange, if I’m honest.

And then there was a Wong Character. I was like what? I just actually literally, I was always so bummed that there were no Asian Superheroes, like where are the Super Asians. It’s like why? I have to simply get this part by birthright, you know? My ancestors will not let me live this down. And then bit by bit, the stars aligned and it kind of went straight into filming.

Do you have a favorite line, like that actually made the cut of yours or another Character?

I don’t really have favorite lines to be honest. I kind of just…. I love all my children. I love all my lines. You know, I love part of all the scenes.

He is such a fun and happy guy, so I believe him when he said that he relates to his character in a “serious goofball” way and that he see’s his relationship with Doctor Strange as a bit of an “odd couple” relationship:

I’m a little bit of a goofball really, like a serious goofball. I think they’ve kind of got a very interesting relationship. They’re a little bit chalk and cheese, aren’t they? Like the odd couple. As much as he’s got these incredible mystical powers, he’s also there to put him in check and help him guide him through this crazy universe that we’re about to encounter. 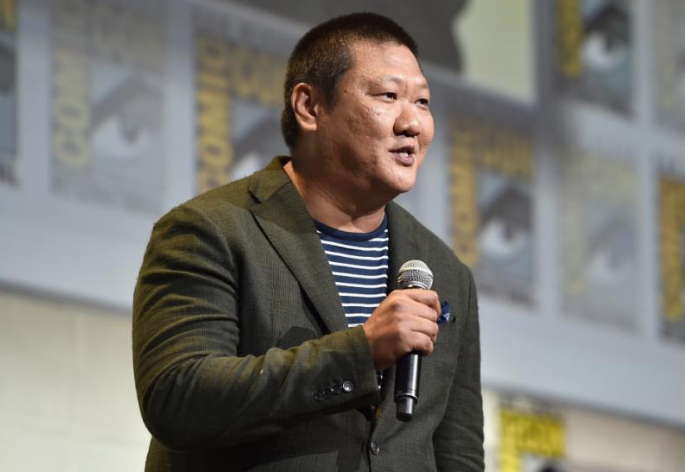 He was so thrilled to get the call about this role, but then was unable to share. He was laughing as he told us how hard this was to go to his acting job on another set while he kept the secret that he was soon going to be in a Marvel film!

And of course, the obvious question. Wong shared with us what secret power he would have if he could choose just one, and it’s my very favorite answer from this interview:

Super Power. This place really needs the power of understanding. I think I’d forego that from flying around and being invisible. Unifying that we’re all one.

“This place really needs the power of understanding.” ~ Benedict Wong

Perfectly cast, this film offers something for everyone. I recently shared my cast interviews on the blog and you can read them to find out what each cast member thought of their role in this film and I think that you will find that their love for this film is pretty exciting. Go here to read my Doctor Strange cast member interviews including Tilda Swinton (“The Ancient One”), Benedict Cumberbatch (“Doctor Strange”) Rachel McAdams (“Christine Palmer”) Mads Mikkelsen (“Kaeciliusand”) and  also my interview with Director Scott Derrickson.

Who is this film appropriate for?

This film is rated PG-13. I would have to say that it is probably similar to Ant-Man in age appropriateness. There is a pretty horrific car accident (but also great lessons that can come out of discussing the accident) but most of the fighting is kung-fu in style, exciting but not bloody or difficult to watch. Obviously, I think it is up to each parent as to how different children will handle things like this but my kids 9 and 11 will be seeing the film and I feel very good about that.

« I’m LA Bound for the Red Carpet Premiere of MOANA
Operation Christmas Child: How to Pack a Shoebox #ipackedashoebox »