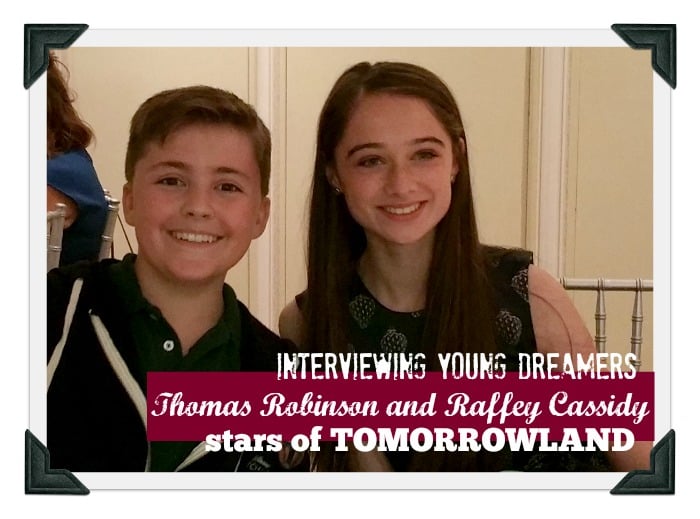 A couple of weeks ago, I had the unique opportunity to attend a DREAMERS Press event for the movie TOMORROWLAND that took place right inside Disneyland. One highlight of the event was talking to young dreamers Raffey Cassidy and Thomas Robinson, two of the starts from TOMORROWLAND. I had interviewed Raffey earlier this year, and you can read that interview here. My sit down interview with the two of them was so fun and I loved hearing more about their thoughts on the film, our future and dreamers in general. 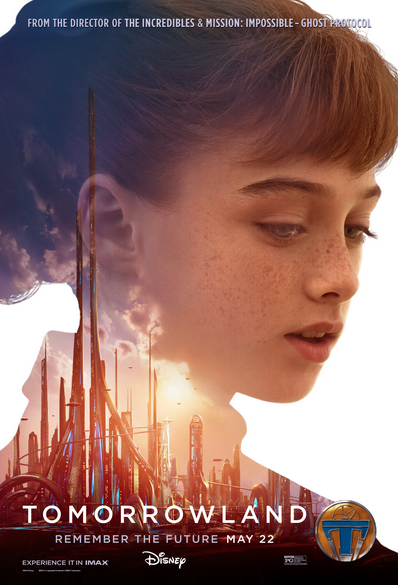 About Raffey: RAFFEY CASSIDY (Athena) is a young actress with an already impressive and rapidly growing list of film credits. As the youngest ever actor to feature in Screen International’s Stars of Tomorrow, which has previously included actors Robert Pattinson, Andrew Garfield and Gemma Arteton, Raffey’s credits include Universal Pictures “Snow White and the Huntsman,” opposite Charlize Theron, Kristen Stewart and Chris Hemsworth, and Tim Burton’s “Dark Shadows” with Johnny Depp for Warner Brothers.

Most recently, Raffey completed production as Molly in Amber Entertainment’s “Molly Moon,” with Emily Watson and Dominic Monaghan. On the television front Raffey co- starred in “Mr. Selfridge,” alongside Jeremy Piven. Born in England, the younger sister of actors Grace Cassidy and Finney Cassidy, Raffey has been acting since she was seven. 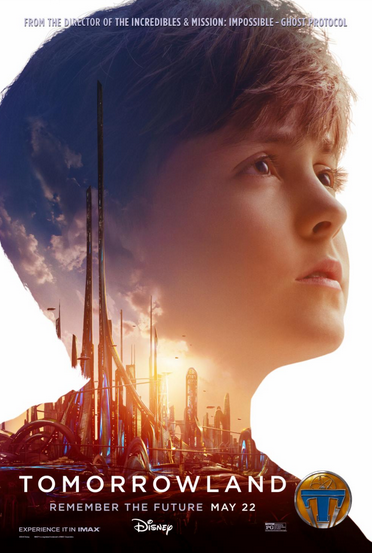 About Thomas:  THOMAS ROBINSON (Young Frank) is best known for his breakout role as the loveable Sebastian in the 2010 summer comedy “The Switch,” opposite Jason Bateman and Jennifer Aniston, who played his parents. Thomas has also been featured in Lifetime’s police drama “The Protector” and FOX’s smash comedy classic “Arrested Development.”

These kids are both so darling. I was so impressed with how well spoken there were and how well they handled the interview. The interaction between the two of them was so comfortable, you could tell that they really have become good friends through this process. 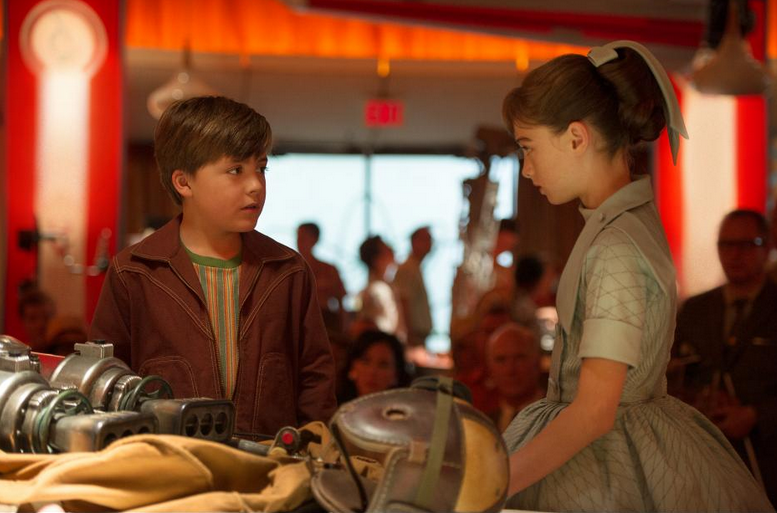 What advice would you give to young kids about following their dreams?

Thomas: For me it was a certain day. I went with my brother on an audition and they asked me to come in. I had so much fun, I wanted to carry on.

Raffey: Well my brother actually started acting when I was 4 years old and I sort of just got caught up in it and it was just one of the best things that happened to me. I never really had a moment of like I want to be an Actor. It just sort of happened so… 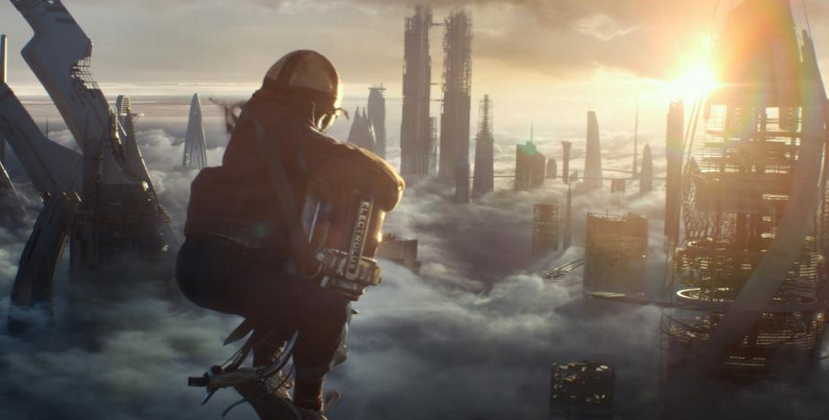 What piece of technology would you like to have from the movie?

Both kids seemed very thoughtful in their answers about being dreamers and our roles in this world as we head to the future. I love that they both feel passionate about the world and the future and they both seem to have had a blast making this film. 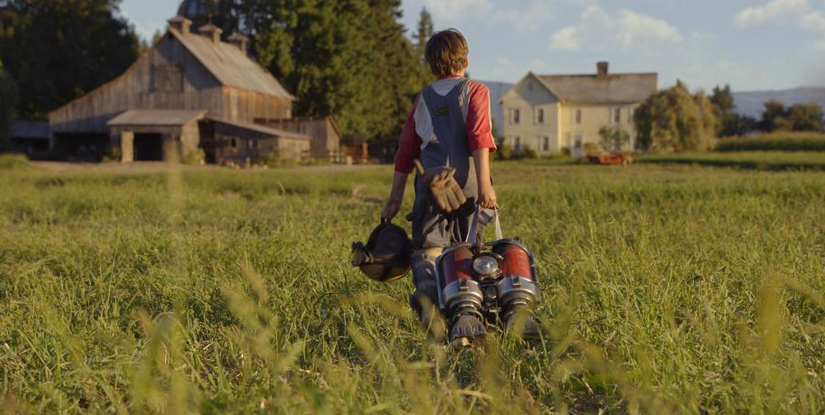 I asked Thomas what he thought about filming the scene where he goes crashing through the cornfield, and he was so adorable as he laughed and told me that those scenes were really fun to film, and that he did all of his own stunts “except the part where I crash through the fence“, he said with the cutest little grin.

Raffey has such a darling persona. Very soft spoken, but very well spoken. I loved hearing that she is still keeping in touch with Britt Robertson, who stared in this film with her. 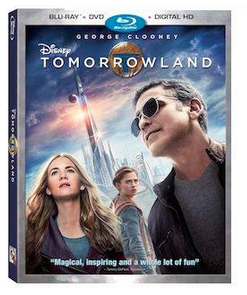