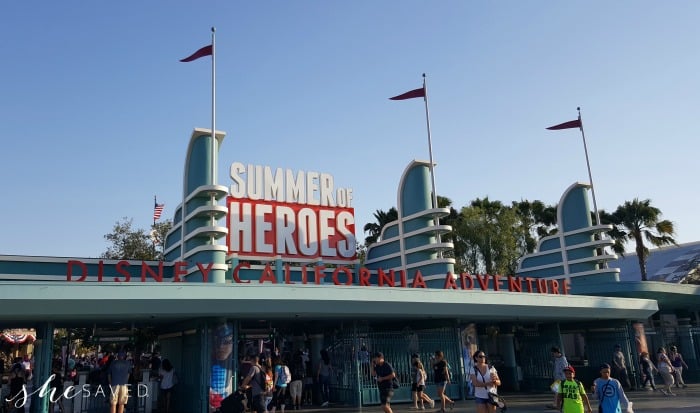 Summer of Heroes is Happening NOW at Disney California Adventure!

If you have the chance to hit Disneyland and Disney California Adventure before September 10th, 2017 then you will have the chance to experience the Summer of Heroes which is going on NOW! What does this mean? In celebration of all of the amazing Marvel and Guardians Heroes, the park is going all out with hero themed food products, character appearances and most importantly (in my opinion) the Guardians of the Galaxy–Mission: BREAKOUT ride. 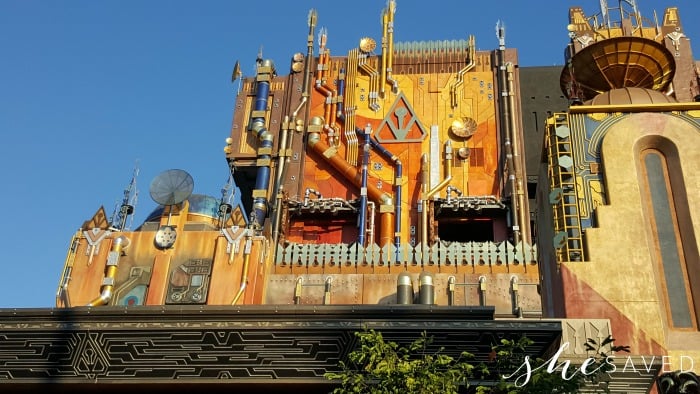 If you have been to Disney before then you might recognize that this ride was formerly the Tower of Terror. I had never had the guts to ride Tower of Terror before, so as I waiting in line for the new Guardians of the Galaxy ride I kept asking myself (over and over again) why I was going to put myself in this position. My answer? I was secretly so sad that I didn’t have the guts to ride Tower of Terror before they took it away! Plus, I’m a huge Guardians fan, so trying out their new ride was the very least I could do. As you can see from the photo above, it’s AMAZING. Massive. So super cool and just a touch intimidating, especially if you listen closely to the chatter of those around you and the faint screams in the background. And whatever you do, don’t look at the faces of the people coming off the ride. 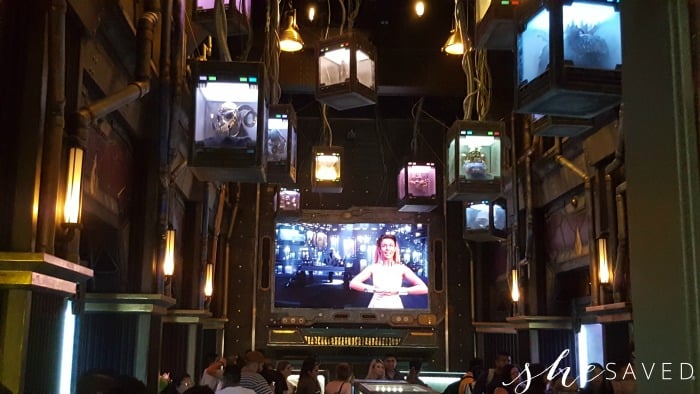 One of the coolest things about this ride is that you can easily distract yourself from the scary things to come by enjoying the awesomeness of the super cool Guardians themed waiting areas that are full of fun Guardians memorabilia and entertaining video clips. 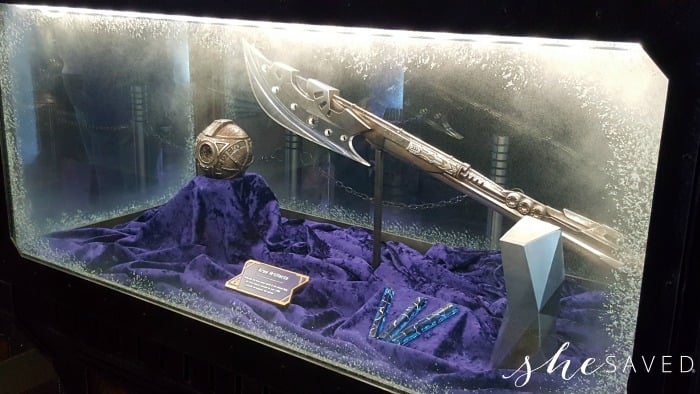 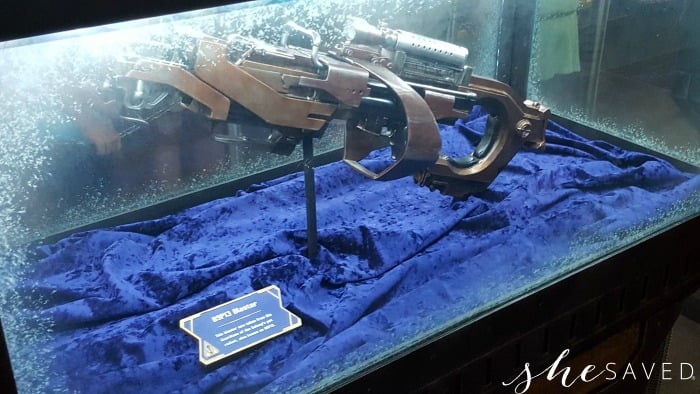 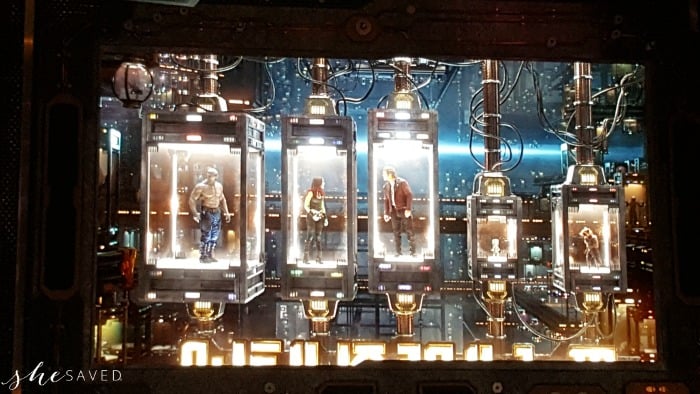 The way that they have built a storyline into this ride is fantastic. I almost stopped shaking long enough to enjoy it! I don’t want to tell you too much about this ride because I really feel like I enjoyed it SO much more than I had expected because I really didn’t know what to expect. What I can tell you is this: RIDE IT. It’s so awesome. It really is, and although it was terrifying for me to do, it was also mind blowing awesome and I’m so glad I did it. In fact, as soon as we were done, I was ready to do it again because I wanted to re-see everything that I am sure I missed just trying to wrap my head around the fact that I was not dying, lol.

Here’s proof that I survived. I’m not sure that my friend Christine’s arm will ever be the same… I’m pretty sure I had a death grip on her the entire time, but I’m SO glad my friends talked me into doing this ride: 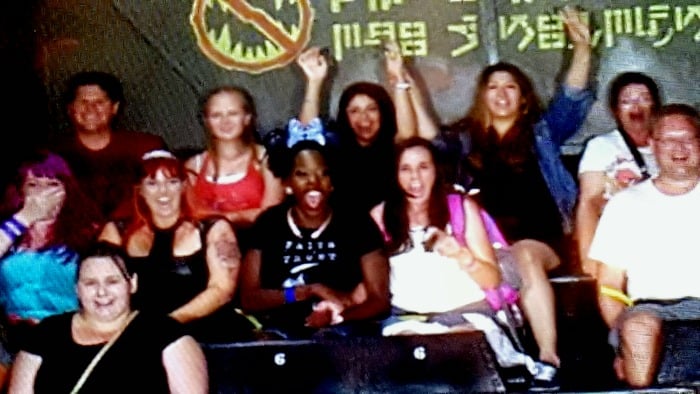 If you want a peek at what all of this looks like, here’s a wonderful video of the pre-ride excitement. As for the ride itself, I strongly suggest you just try that out for yourself! 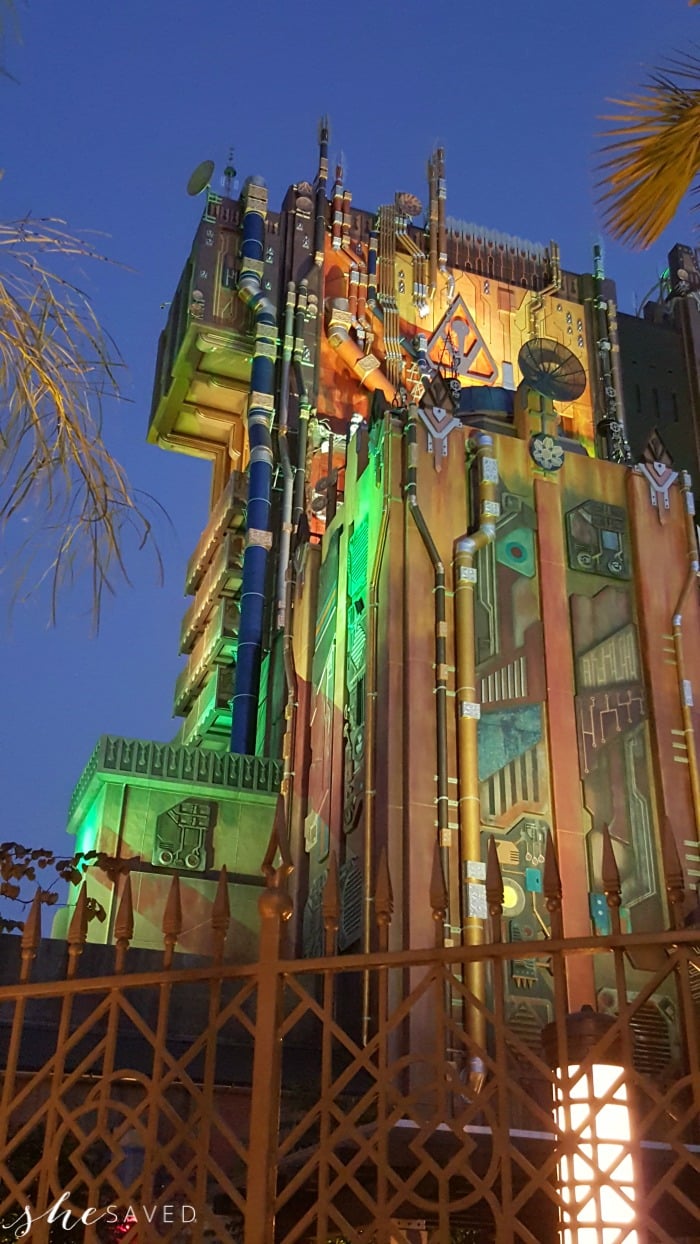