Every year it’s a challenge around here to come up with awesome April Fools’ Day prank ideas.

My son was born on April Fools’ Day, so we have set the bar pretty high and find ourselves scrambling for new ideas every year. 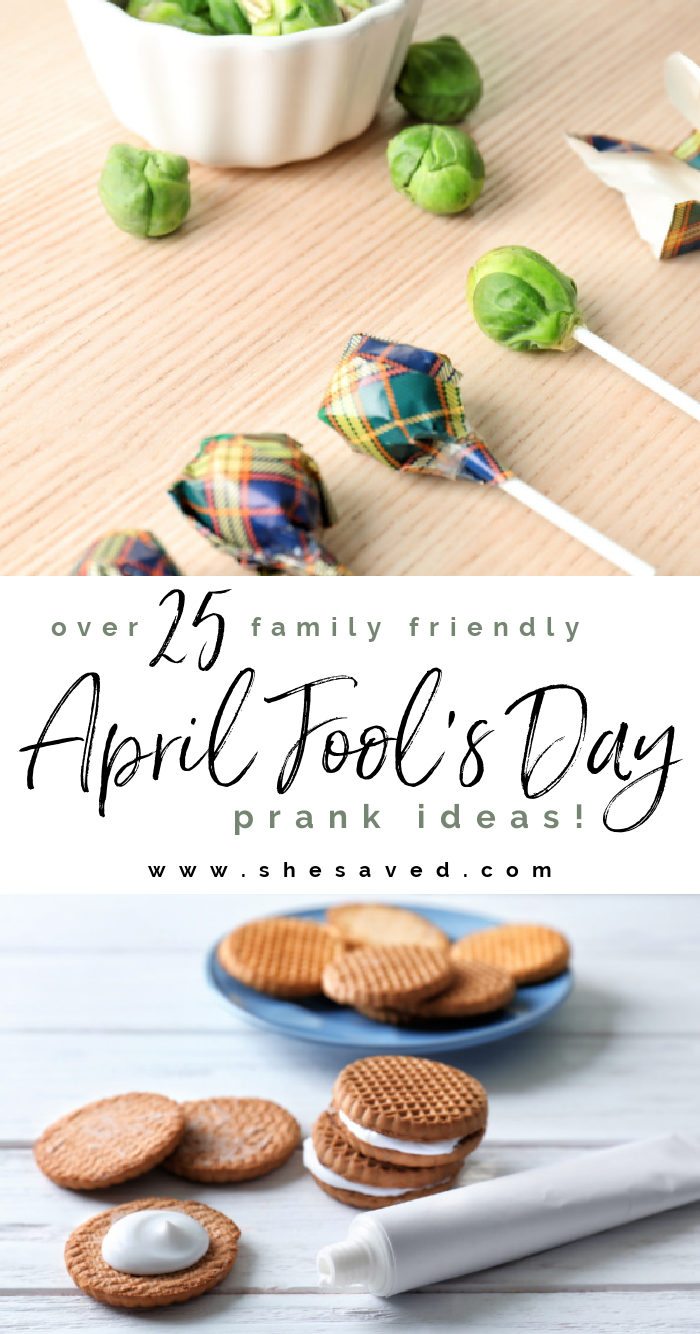 We never buy Fruit Loops, but as a “treat” I purchased a box and made sure that my kids knew that we had them.

They have been asking all week, so when they came down on April Fools’ morning and saw the bowls full of Fruit Loops, they were so exited.

I almost felt bad yelling “April Fools!!” as they realized they had frozen bowls.

Just pour milk on cereal and place in the freezer the night before. 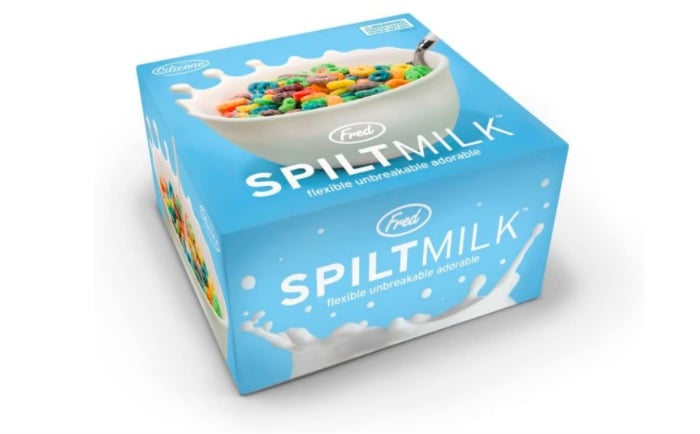 Also, I get asked a lot about the spilt milk cereal bowl that I used in these photos, it’s one of our favorites and you can find it here.

Oh this one is SO good! Super easy too!

Melt chocolate chips or chocolate melts into a bowl.

I use the microwave and melt chips in 30 second increments until done, stirring between each session until totally melted.

Dip your spouts in until fully covered, add sprinkles and place in fridge to set the chocolate.

My kids fall for this one every year, I love it. 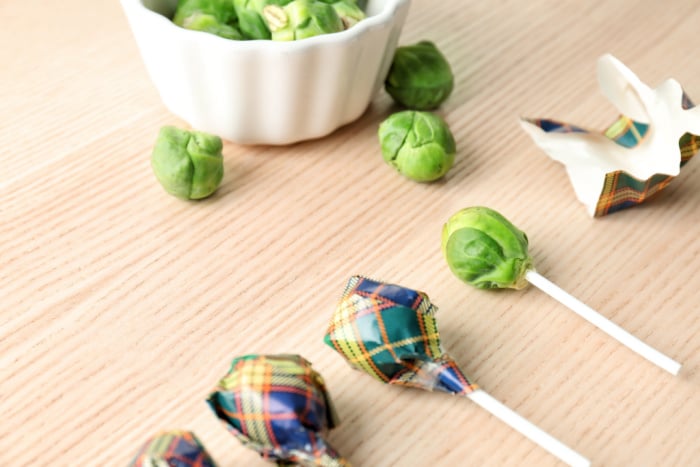 Another fun but similar prank is the Brussels Sprouts Sucker / Lollipop idea. We passed these out one year in my son’s classroom (before we handed out the REAL treats) Such a fun practical joke and the response from the kids was ah-mazing!

As I mentioned above, my son is an April Fools’ Day baby which means that we were gifted the task of being ultimate pranksters. The bar is set pretty high, so we take the April Fools Day pranks pretty seriously around here.

Here is a round up of some of our favorite “tricks” to play on the kids: 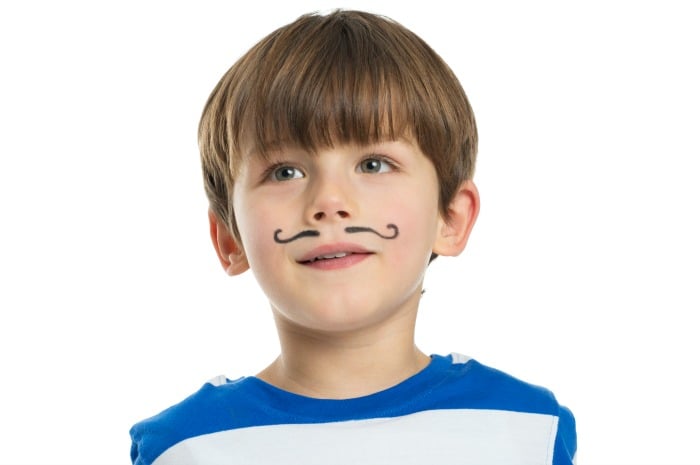 An oldie but a goodie. We usually draw jewelry on my daughter. A bracelet, a ring and even earrings. This year I’m considering maybe trying a large tattoo on her arm. My son usually gets the token mustache. That one NEVER gets old. 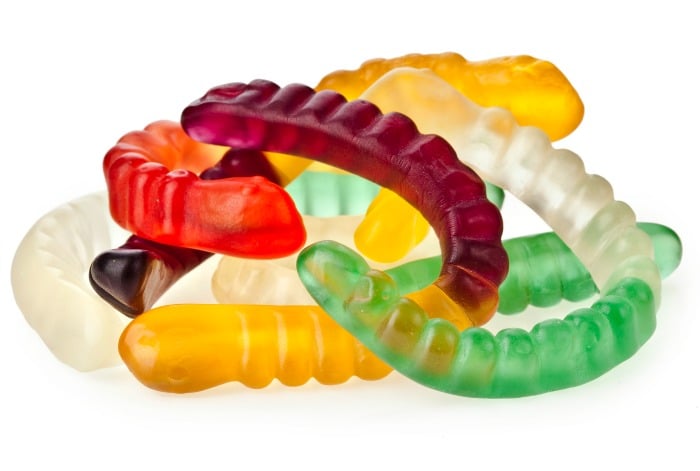 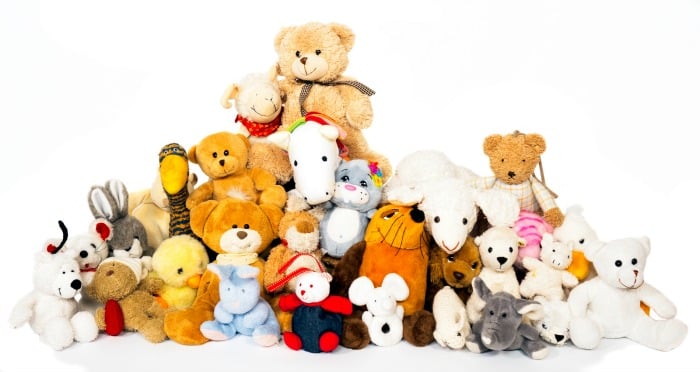 While the kids were sleeping, we moved all (and I mean ALL) of the stuffed animals out into the hall. This is NOT an easy task, but they got a really big kick out of it in the morning. We arranged them in funny positions and some of the stuffies were even hanging upside down from doorknobs and such. 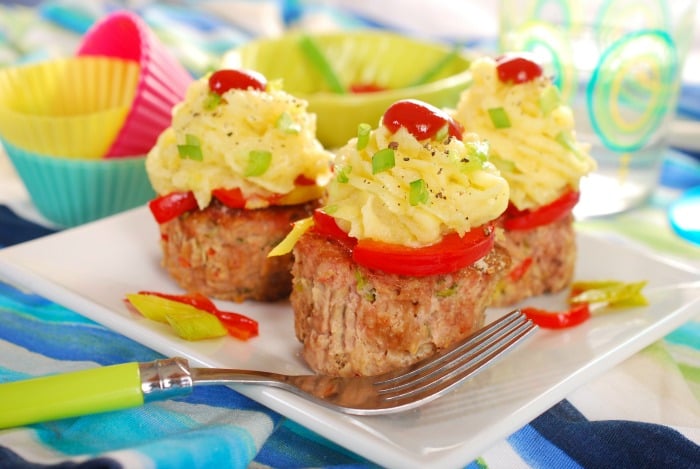 Since my son’s birthday is on April Fools’ day, we always bring a spoofy snack to school to share with the class and I love to serve a spoof dinner for April Fools’ Day.

One of my favorites for dinner or lunch time is to bake meatloaf (or other even just cornbread) in muffin tins and then top with mashed potatoes and a few sprinkles (veggies/) and a fun dollop of ketchup on top to look like a cherry! Instant dinner cupcakes! 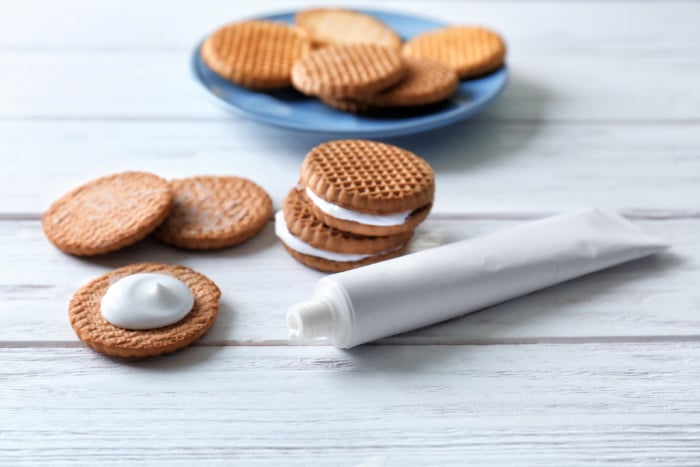 OR how about this prank: toothpaste filled cookies, anyone? 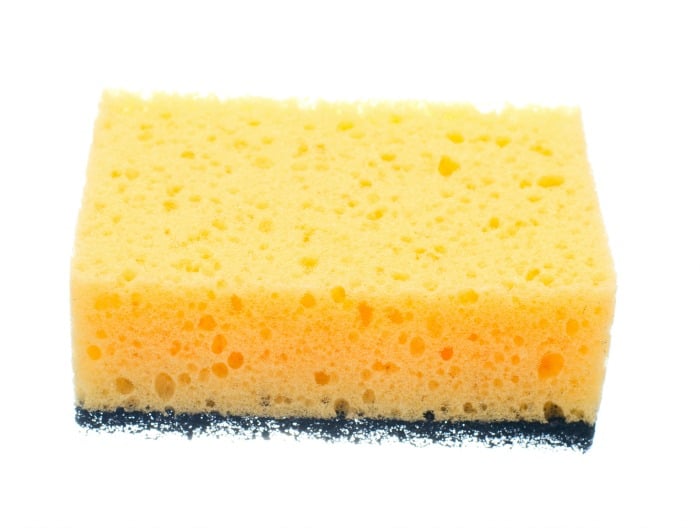 Make a cake out of sponges (ick!) or make mashed potatoes look like ice cream.

For dessert, one of our favorites is this Hamburger Cookie Recipe – it’s made with Vanilla Wafers, chocolate covered Grasshopper cookies (or Peppermint Patties) and different colored frosting. You can see my recipe for that here.

There are a lot of other fun ideas out there for spoof recipes.

Get creative. I think that is what my kids enjoy most about these pranks. They never really know what to expect, and we kind of enjoy making them up each year as we go! 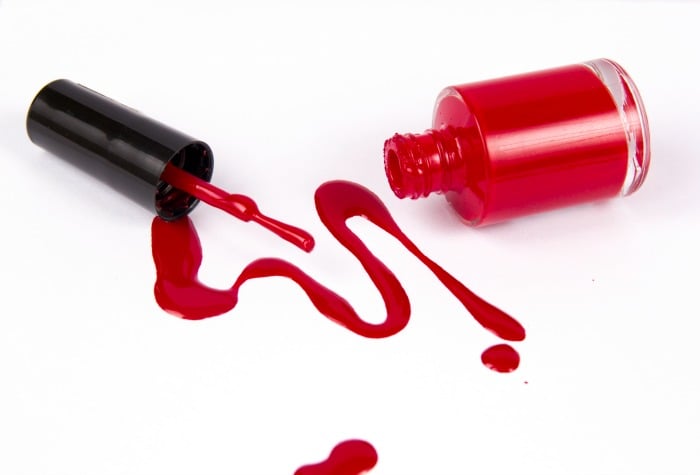 Now this is a good one for teens to play on their parents because if you’ve ever survived a nail polish spill then you know how stressful those first few moments can be. Nothing gets my hubby’s blood pressure up like a good paint spill!

For this prank, you’ll want to “spill” the nail polish a few days earlier and then let it dry. Peel off the dried spill and re-set it up in a new location.

Google Eyes on Everything 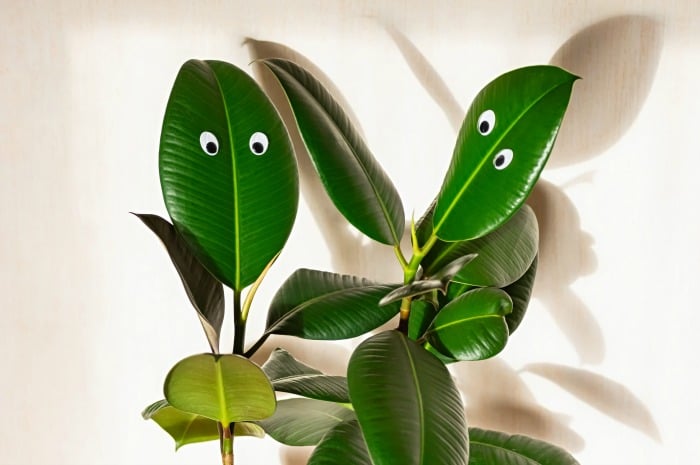 Google eyes are a must have for your April Fools’ Day pranks and you can put them on everything!! And by everything I mean: kids toothbrushes, the back of the toilet seat, the milk jug, the cereal box, the plants, their shoes, the television remote and even their lunch!

You can never google-eye too many things! 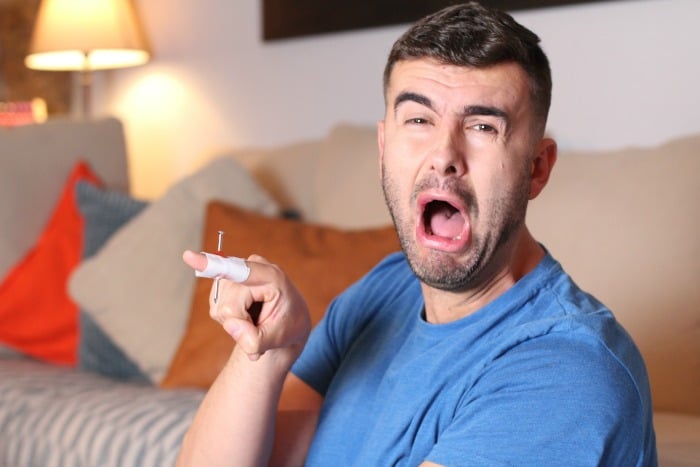 Don’t ever underestimate a good fake injury prank. There are so many different ways to pull this one off – everything from the old nail through the finger trick to a black eye made with makeup. A good fake injury always jump starts the heart and my teenager loves to play pranks like this on his sweet sister. 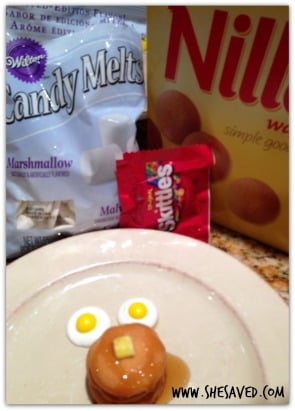 This one if fun because it starts the day off with a laugh. I made a tiny stack of pancakes using Vanilla Wafers and a tiny Starburst square for the butter. I then melted 2 Candy Melt chips in the micro-wave and placed a yellow Skittle smack dab in the middle.

Now, my kids like a big breakfast so I will usually have a nice back up plan after they

eat their tiny breakfast in one bite however, you can bet that backup plan includes something prankster-ish as well. Like say… frozen cereal, maybe?! 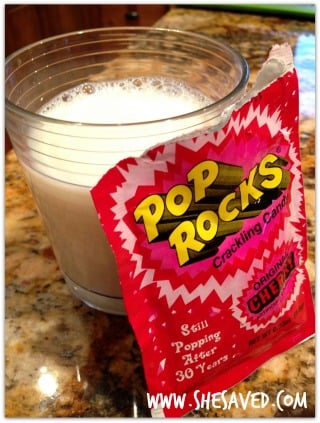 Pop Rocks in the milk

This one is awesome because the popping lasts a really long time. This can be done at any meal and really, in almost any beverage although I don’t think you want to mix Pop Rocks with soda. 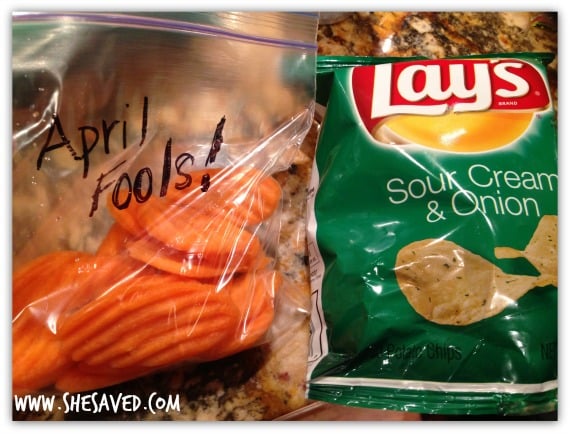 I love to send my kids to school with a silly April Fool’s Day lunch.

The fake chips trick: Take a small bag of potato chip bags and carefully opened the bottom and replaced the REAL chips with carrot chips. Seal the bottom back up with clear tape. My kids rarely get potato chips so this one is a bit of a bummer once they discover it, but it’s April Fools’ Day so too bad, lol!

Other lunch favorites include: wrapping their juice boxes in tin foil with glued on google eyes. (in fact, I love to glue google eyes on just about everything!)

Last but not least, you just gotta include a “gross” sandwich. One of my favorites: peanut butter and jelly sandwiches on hot dog buns with gummy worms sticking out, of course! 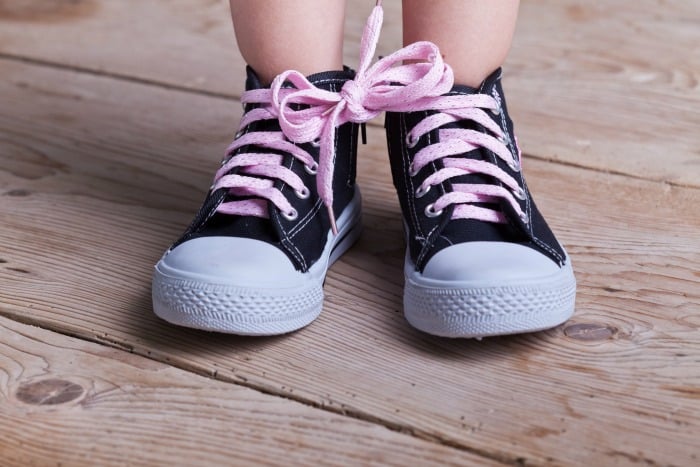 It wouldn’t be April Fools’ without the old “shoe laces tied together” trick.

This one always ends up making us roll our eyes at our funny selves as it is hardenough to get out the door in the morning without your shoe laces tied together, but hey… it’s all in the name of good old fashioned fun! 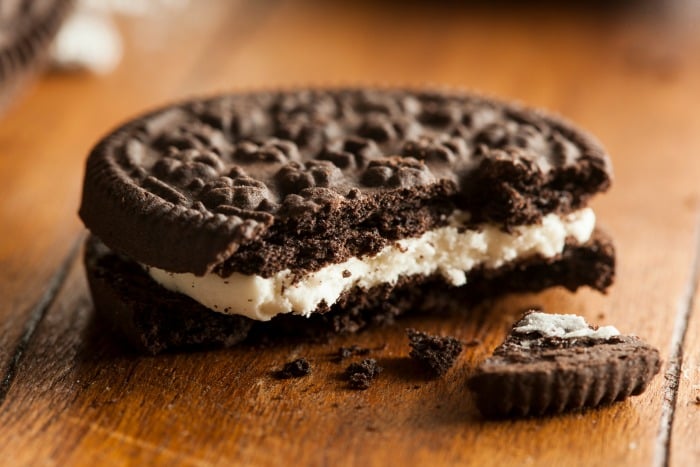 9. Remove the cream of an Oreo and add toothpaste instead. Leave the cookies out or even better, offer someone a sweet treat. They will get a nice minty surprise when they take a bite. 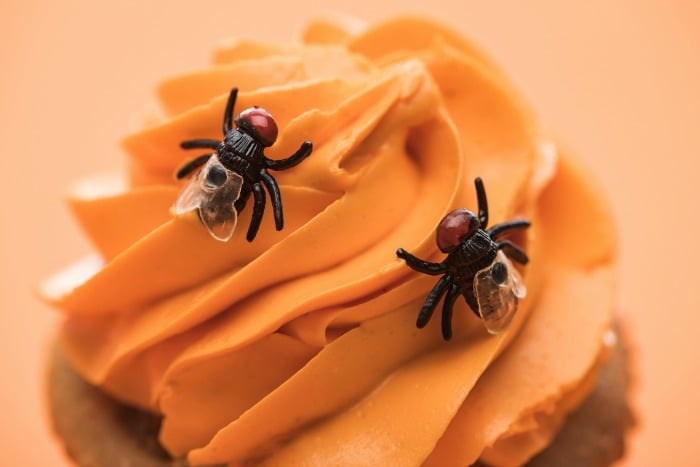 11. Plastic flys and plastic spiders are always a hit. Put them on food, desserts, in drawers, sheets, books, or other items commonly used by the person you wish to prank. You can even tuck one into the roll of toilet paper so it falls out when they are unraveling the paper. If you really want to go big, get some plastic cockroaches.

12. Add food coloring to the carton of juice, milk, or other beverage so it comes out a crazy hue. Be sure you are doing this with a drink that comes in a container where you can’t see the liquid.

13. Coat the bar of soap in a clear varnish such as nail polish so it won’t suds up in the shower. 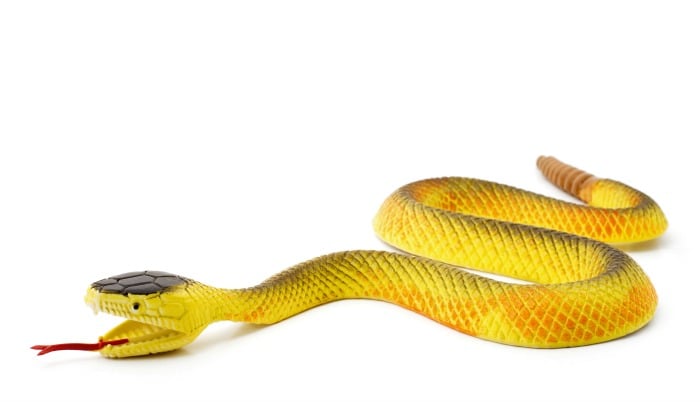 14. A rubber snake any where in the house is always good for a few laughs, but a rubber snake in the toilet could be epic! Hide it directly in the bowl or you can tuck just the head of a plastic snake down near the drain of the toilet.

15. Serve up some cupcakes frosted with brightly colored mayo. Just use food coloring. To really trick them and not make them think twice, sprinkle some colored salt on top for sprinkles. Yum!

16. Place a happy face sticker over the sensor on the person’s computer mouse so it won’t work.

17. Go behind someone and pretend to sneeze. When you do, quickly spray them on the back of the neck with a water bottle. This will be sure to freak them out. (I highly recommend ONLY doing this prank to family members – for your own safety) 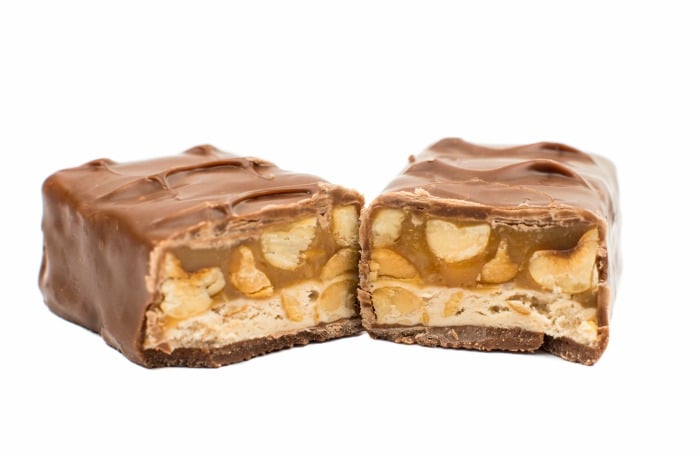 19. Add a melted candy bar or a smear of peanut butter to the inside of a diaper and place it in someone’s room/bed. Honestly, the chunkier the better – you get the idea. Ewww!

20. Remove the batteries from the television remote. Totally annoying if you are the one wanting to watch t.v. but hilarious if you get to watch someone freak out because the t.v. won’t turn on. 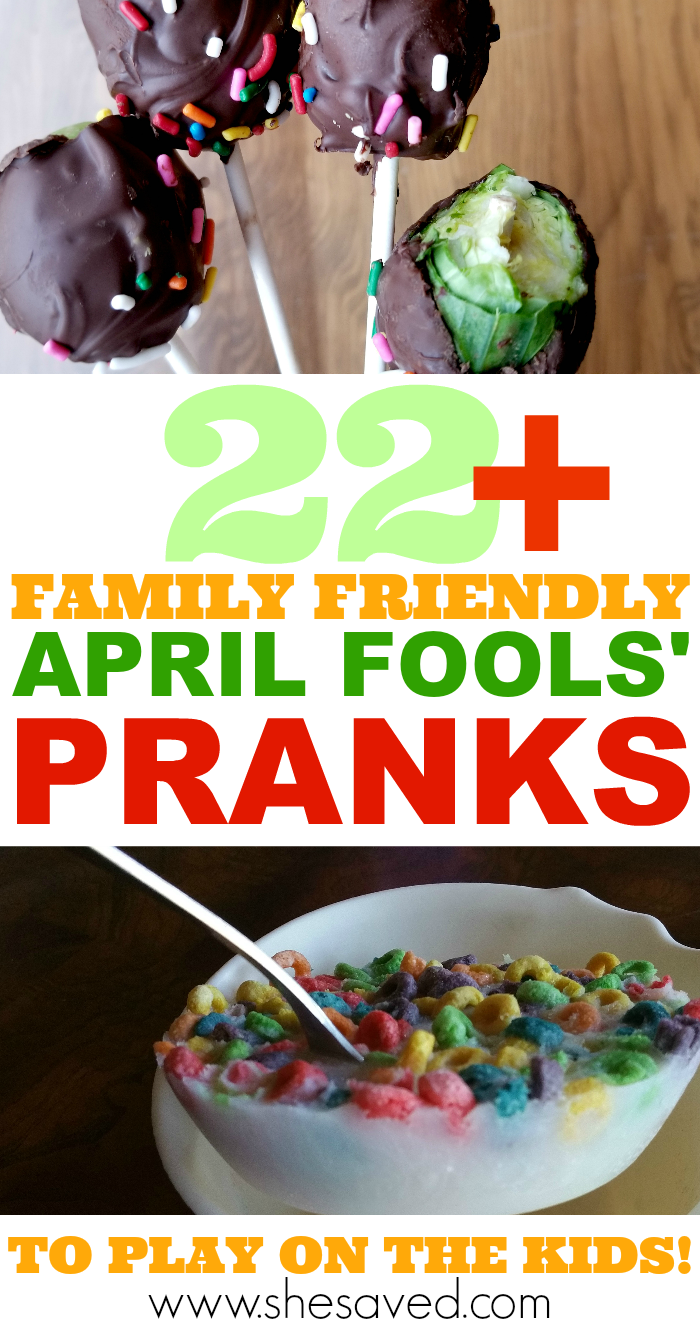 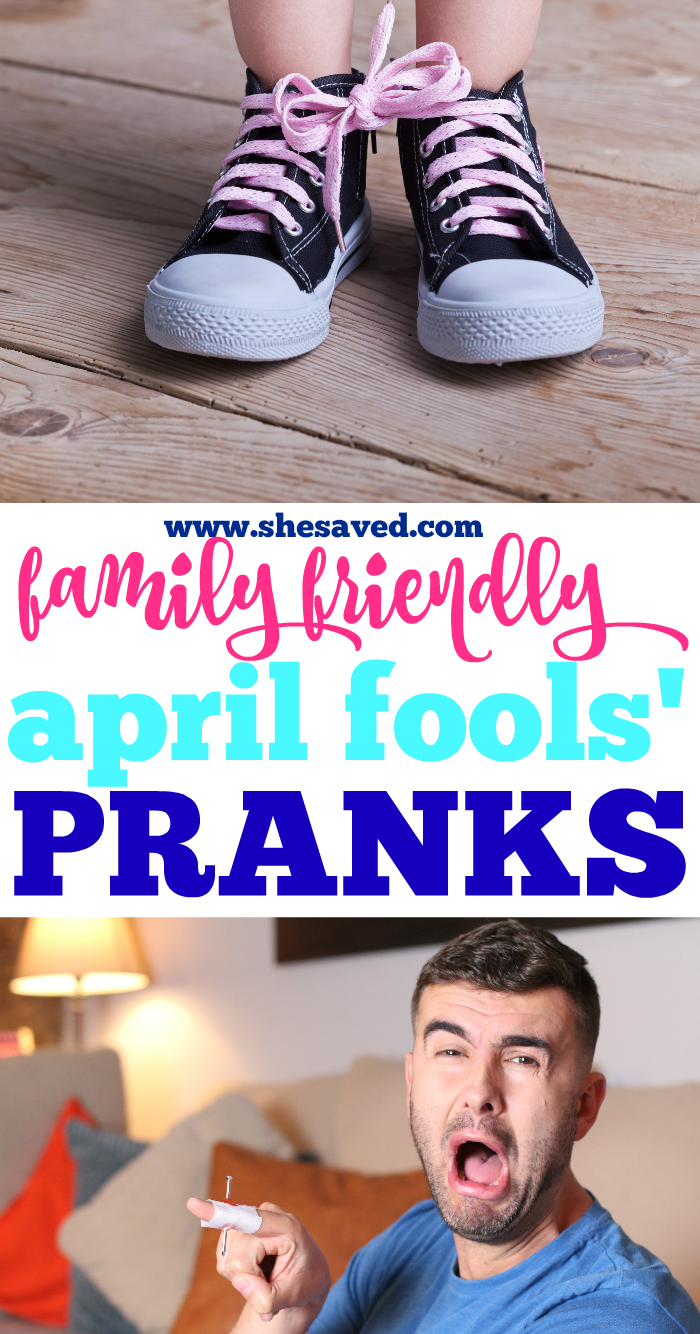 Load More...
She Saved, LLC is a participant in the Amazon Services LLC Associates Program, an affiliate advertising program designed to provide a means for sites to earn advertising fees by advertising and linking to Amazon.com and MyHabit.com
13151 shares