Disney Behind the Scenes: Meet Carlos Alazraqui the Voice of El Chupacabra #DisneyPlanesEvent

Swish! From the swishing of his cape, to his darling sense of humor, El Chupacabra is one character that will steal your heart in this movie. I have to admit, he is my favorite character from the film, and I think a lot of that has to do with the fact that I actually got to sit down with and interview the voice behind the character, Carlos Alazraqui. He is such a fun guy, and I loved hearing about the fact that he is also a father, and I can only imagine how fun bedtime stories are at his house! By the time that our interview was over, I actually started to think that Carlos looked a little bit like El Chupacabra, or at least I could see a resemblance. It’s so funny how that works!

Meeting Carlos was such a treat. First of all, as a voice actor, he has so many fun characters up his sleeve! He shared a few of them with us, and I was so excited to realize that I KNOW many of the voices that he has performed! The funnest was when he started talking in the voice of one of the Handy Manny characters, Felipe the screwdriver. He also did a wonderful interpretation of Billy Crystal, and he also was the voice of the Taco Bell Chihuahua, and it was so awesome to hear him say “Yo Quiero Taco Bell!” 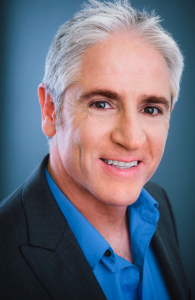 Here’s a bit more about CARLOS ALAZRAQUI (voice of El Chupacabra) Carlos is not just the face of Deputy James Garcia on Comedy Central’s “Reno 911!” He’s also been a stand-up comedian for more than 25 years and one of LA’s top voiceover actors for over 18 years, providing the voices for Rocko and Spunky on Nickelodeon’s “Rocko’s Modern Life,” Mr. Weed on Fox’s “The Family Guy,” Lazlo on Cartoon Networks’s “Camp Lazlo,” Bane in “Justice League Doom” and of course the voice of Gidget, the Taco Bell Chihuahua, to name just a few. Alazraqui also provides the voice of Nestor, the Latin Penguin in “Happy Feet” and “Happy Feet 2.” Most recently, he portrayed Bajrangi the Monkey in “Dehli Safari” (English Version). He also provides the voice of King Magnus in Disney’s “Sophia the First” and Sigmund in the new “Beverly Hills Chihuahua” pilot.

Alazraqui has a Comedy Central Half Hour Comedy Special under his belt, as well as several other national television appearances, including three appearances on the “Late Late Show with Craig Ferguson.”

In late 2008, Alazraqui joined forces with his “Reno 911!” costar Cedric Yarbrough and hit the college circuit. They are now one of the most requested acts in the country.

He produced his own web series cartoon on Mondomedia.com called “Off the Curb,” which played live to a sold-out crowd in the Youtube Lounge at this year’s San Diego Comic Con. Alazraqui also successfully produced the first-ever live Rocko’s Modern Life event at LA’s Downtown Independent Theatre, along with creator Joe Murray. The show sold out in one week. 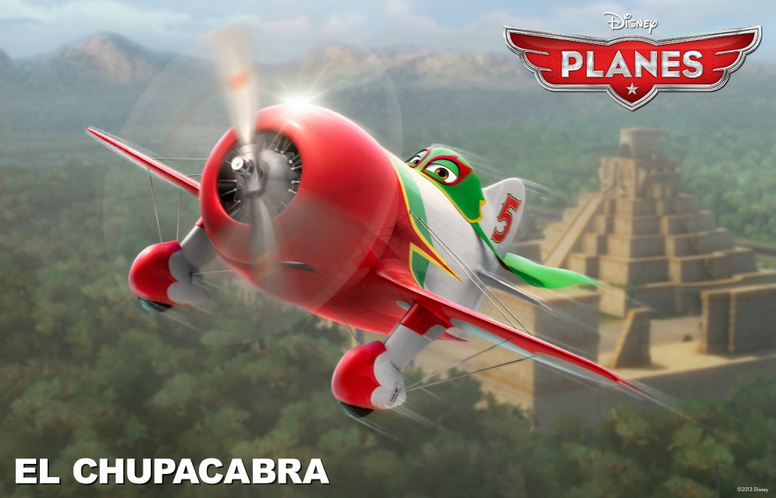 I don’t think that they could have selected a better person to play the part of El Chupacabra. He is a character that will keep you smiling throughout the entire movie. He is charming, witty, and real. From the start, he is a good and loyal friend and I love that about him.  Here is a clip of him meeting Dusty for the first time, and it is sure to make you smile:

Remember… Disney’s PLANES is in theaters now, and if you haven’t yet seen it… I highly recommend it!!  Make sure to follow Disney’s PLANES on Facebook and Twitter @DisneyPictures! You can also follow hashtag #DisneyPlanesEvent to keep up with the latest excitement and buzz about Disney’s PLANES.

Can’t get enough Disney? You can read more about my most recent Disney experiences, including my review of Disney PLANES, and  my interview with Teri Hatcher (who voiced Dottie), my interview with PLANES Director Klay Hall & Producer Traci Balthazor-Flynn, my fun (and challenging) experience in the voice recording studio recording the part of Dottie. You can see how sketches like mine get turned into the Disney movies in my post about my art lesson with Disney Story Artist Art Hernandez, or check out what I learned about the process of Disney Animation here.  You can also read my Monsters University Tailgate and Premiere post here and you can also read my Monsters University movie review here.