*Disclosure: I did receive these products to facilitate my review, these opinions are my own and were in no way influenced by another person. 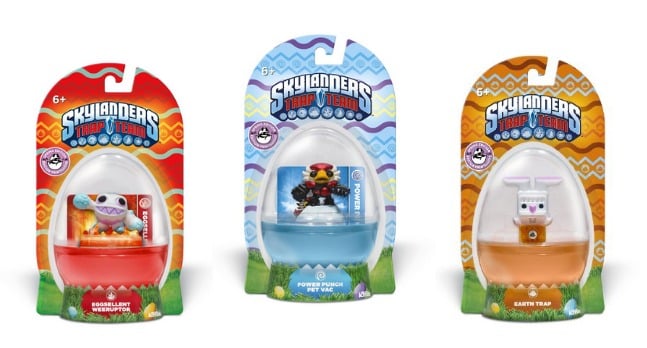 If you are looking for fun non-candy Easter ideas for your kiddos, then check out the latest limited edition toys from Skylanders!

Check out these fun characters:

Eggsellent Weeruptor $8.99: Weeruptor was chosen as this year’s official mascot for the Annual Dragon Egg Hunt! Being new to this time honored tradition, he disguised himself as a candy-coated egg and proceeded to capture Spyro, Cynder, and Drobot within a Traptanium basket… sort of missing the point of the occasion. But what he lacks in point-getting, he more than makes up for in “Eggsellence!” 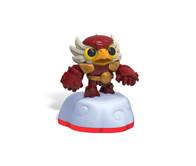 Power Punch Jet – Vac $8.99: Jet-Vac was the greatest, most daring flying ace in all of Windham. He was given his magical wings when he was young, as was the tradition for all Air Barons. But when his homeland was raided, he chose to sacrifice his wings to a young mother so she could fly her children to safety. This act of nobility caught the attention of Master Eon, who sought out the young Air Baron and presented him with a gift – a powerful vacuum device that would allow him to soar through the skies once again. Jet-Vac accepted the gift with gratitude, and now daringly fights evil alongside the other Skylanders. 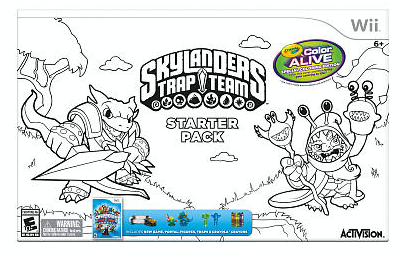 The special Crayola edition of the Skylanders Trap TeamStarter Pack will be available in early April. The limited edition packaging will feature black and white line art of Skylanders characters for Portal Masters to color in using Crayola’s Magic Crayons, which are included in the Starter Pack. Fans can then watch the characters come alive on their smartphones or tablets using Crayola’s new Color Alive! 4D Experience augmented reality technology.

The limited-edition Starter Pack will be exclusively available at Toys “R” Us for the Xbox 360, Nintendo Wii and Wii U, Playstation 3, and select iPad, Kindle, and Android tablets. Fans can also enjoy the characters in Crayola’s Color Alive! Skylanders coloring book, available now.

Our thoughts? We have long been Skylanders fans around here and they just keep getting better and better! I love that while these are fun and exciting characters, they are not violent and they have wonderful little personalities and adventures. These new Easter options are a fun addition because they are affordable at $8.99 each PLUS I feel good about giving my son these kinds of toys to play with. I love that he uses his imagination when playing and that he enjoys that stories that go along with each character.

The new Color Alive! app is amazing! It brings the art of coloring to an entirely new level and I love that it ties in technology so that my kids are not only having fun but they are also learning in ways that I never imagined!