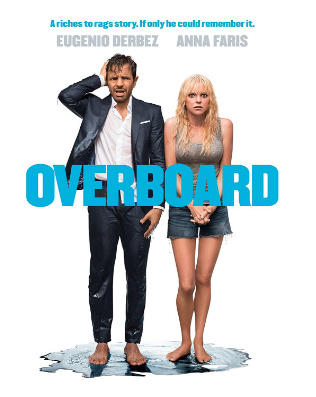 *Disclosure: I’ve partnered with Lionsgate to share this information with you. Lionsgate will be fulfilling this giveaway. All opinions are 100% my own.

OVERBOARD!! This movie is so fun! If you are familiar with the original, then I think you will really enjoy this new twist. Such a great cast and so many laughs!

Available NOW on Digital with the Blu-ray™ Combo Pack and DVD becoming available on July 31!

From Metro Goldwyn Mayer Pictures (MGM) and Pantelion Films, Eugenio Derbez (How to Be a Latin Lover, Instructions Not Included), Anna Faris (The House Bunny, TV’s “Mom”),  and Golden Globe® nominee Eva Longoria (Best Actress, TV’s “Desperate Housewives,” 2006) star in this hilarious fresh take on the iconic romantic comedy. Directed by three-time Primetime Emmy® award winner Rob Greenberg (Jigsaw, Predestination), who teamed up to write the screenplay with Bob Fisher (Wedding Crashers, We’re the Millers) and Leslie Dixon based on Dixon’s story, Overboard reverses the roles from the original film, featuring Derbez as a spoiled wealthy yacht owner who becomes the target of revenge from his mistreated employee played by Faris.

In a splashy new twist, Overboard focuses on Leonardo (Derbez), a selfish, spoiled, rich playboy from Mexico’s richest family and Kate (Faris), a working-class single mom of three hired to clean Leonardo’s luxury yacht. After unjustly firing Kate and refusing to pay her, Leonardo falls overboard when partying too hard and wakes up on the Oregon coast — with amnesia. Kate shows up at the hospital and, to get payback, convinces Leonardo he is her husband and puts him to work — for the first time in his life. At first miserable and inept, Leonardo slowly settles in. Eventually he earns the respect of his new “family” and coworkers. But with Leonardo’s billionaire family hot on their trail and the possibility of his memory returning at any moment, will their new family last or will Leonardo finally put the clues together and leave them for good?​

You can purchase Overboard now and along with that get behind the scenes moments with the cast and crew with three featurettes and an audio commentary exclusive to the home entertainment release.

The Overboard Blu-ray Combo Pack and DVD is available for the suggested retail price of $39.99 and $29.95, respectively. Make sure to check the prices on Amazon here because I’ve been seeing some pretty good deals on it! 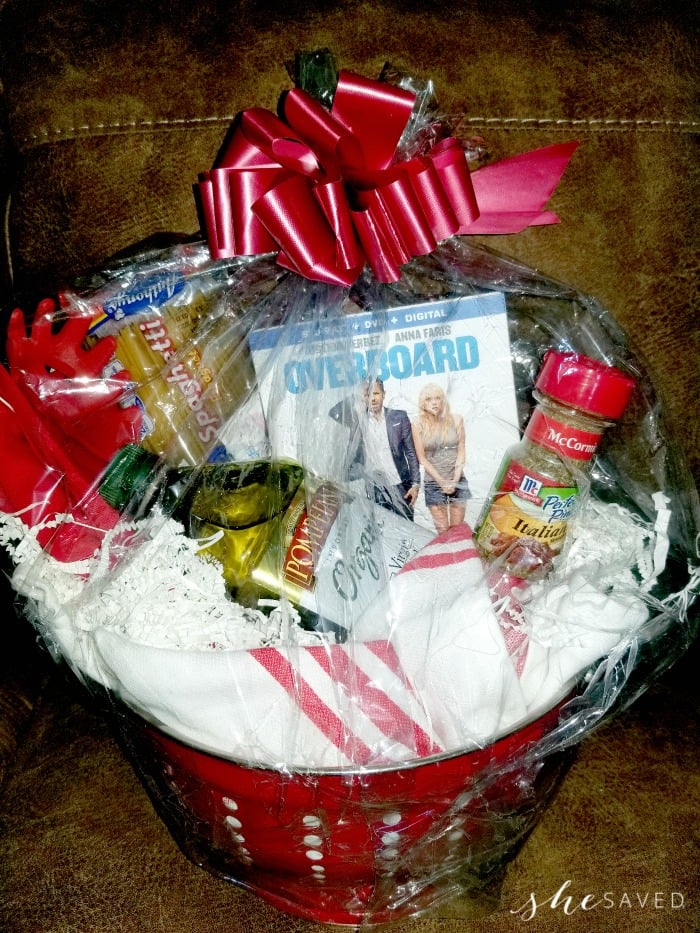 I’m excited to share that ONE lucky She Saved reader (US only) will win this fun OVERBOARD themed date night gift basket which includes a Blu-ray copy of the movie along with some other fun items: Colander, Red Slotted Spoon, Dish Towels, Apron, Spaghetti, Olive Oil, Seasoning… all you need for a fun night of pasta and entertainment!

I will leave this giveaway open until August 7th at midnight (mnt time) … once closed, I will select one winner who will have 48 hours to contact me to claim their prize! GOOD LUCK!!

Giveaway open to US addresses only. Prizing and samples provided by Lionsgate.