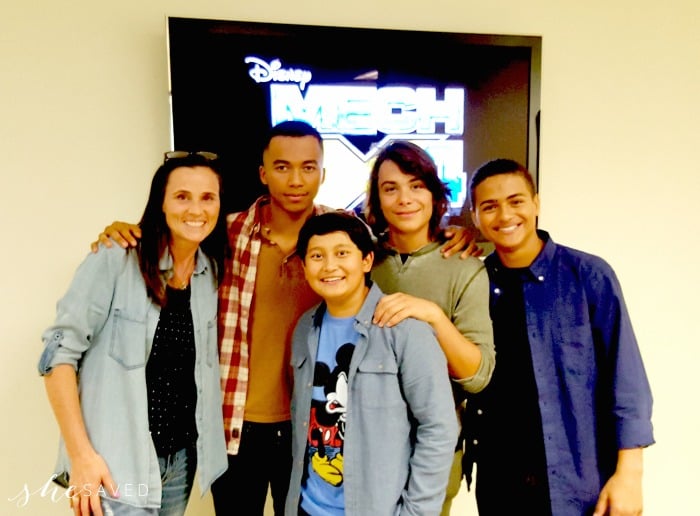 Disney has a new series and I really think you are going to enjoy it! This show features four young actors who I had the pleasure to interview. I think that what most kids will enjoy about this new show is that it combines a bunch of things that they already love: robots, action and a goonie-type group of friends that is really, really funny. We had the chance to watch an episode and I have to tell you, this kids are hilarious.

When asked about the similarities that they each have with their characters, here are their responses:

We asked them quite a few questions and they were all super animated and engaging. One question that they were asked was about what super power they might like to have and I loved their answers:

CHAM:  Shape shifting! It’s the craziest. Boom, I wanna fly, I’m a bird. I end up in the water I’m a whale. I could be anything. Yeah, because it’s my favorite. I think about it all the time. Maybe too much, but…  Everyone’s like, I wanna fly. What? That’s it? That’s all you want to do? I could do that. I could do anything.

LUCAS:   I kind of want to have the ability to stop and turn back time. In case I want to change something, like when I was younger, I was at Legoland and this girl pushed me. I was really mad because she did it for no reason and I just want to go back and say, ‘hey, I’m on Disney Channel now.’ I’m not like that in real life. Just to that one person.

POTVIN:  If I had a super power it would probably be teleportation because who wants to pay for airline tickets? No one. No one does. Also, it would just be really convenient. If I got locked out of my house I could just teleport inside my house.

JOZA:  Telekinetic powers. It’s pretty much controlling anything you think with your mind.

CHAM: It’s a cool word. I couldn’t have that super power because I can’t pronounce that word. Tele…  I can move stuff.

One thing that I really noticed about these kids is that they all seem very grounded. When asked about how being on a Disney show has changed their lives, they were all very humble (yet excited) in their answers and seemed to really understand what a neat opportunity this is.

I really enjoyed their personalities and can’t wait for my kids to watch this show! 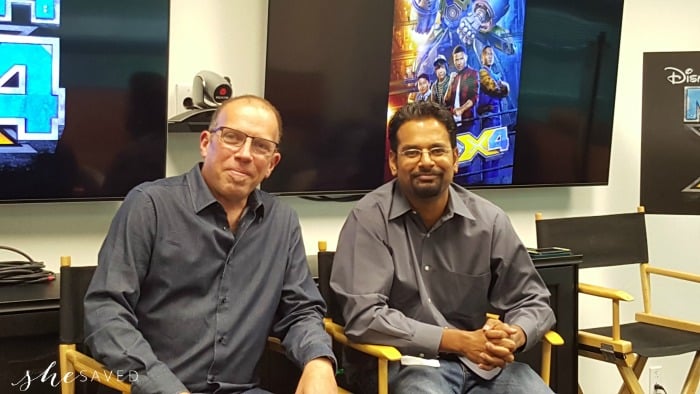 We also had the chance to interview Mech-X4 series executive producers are Steve Marmel & Anupam Nigam. (above) I don’t think that these two will mind me telling you that they are two overgrown kids who are having a ball making this series.

They both shared with us their love for this type of content, and they both draw on their passions in the creation of this series. As Marmel pointed out:

I think if we reference stuff, you’ll usually find us referencing comic books, movies, action adventure stuff, or the stuff that we love; that’s what we’re passionate about. That’s what we’ll sort of talk about. Then, we’ll try to infuse that into becoming a character story that turns into an action story.

Here’s a peek at this series, I think you (and your kids!) will really enjoy it:

Aren’t these kids just the coolest? They even took a selfie with me: 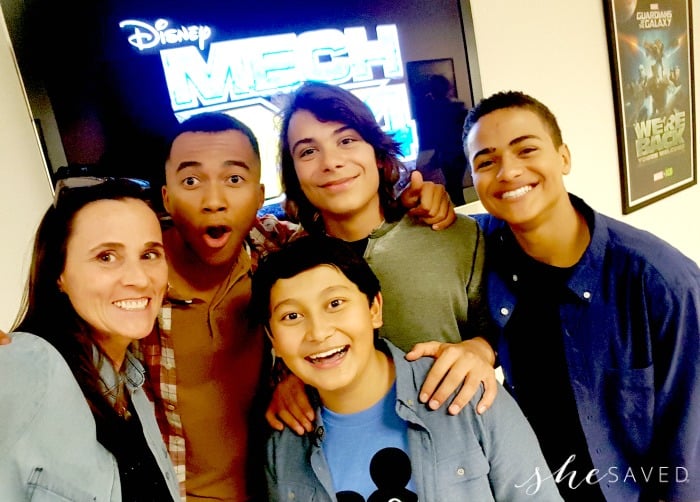