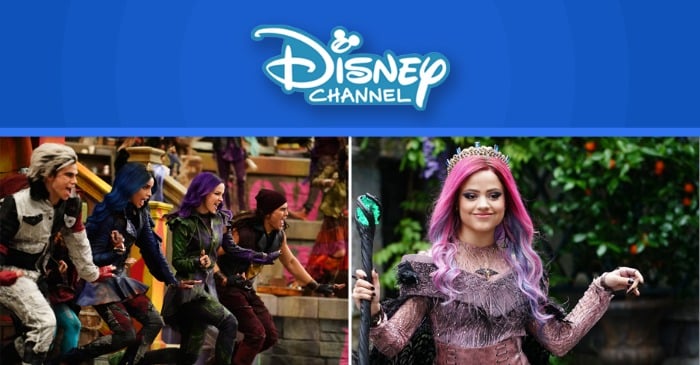 Did you all catch the premiere of Disney Channel’s long anticipated Descendants 3 the other night? We’ve waited SO long for this movie, as we’ve been huge Descendants fans from the very beginning.

We first started following Dove Cameron years ago after a set visit to her hit Disney Channel show Liv and Maddie. Truthfully, my all time favorite series, and one that my daughter and I loved watching together.

It’s since been an amazing journey to watch her career evolve and the level of success that the Descendants franchise has seen has been epic and yet, no surprise considering that the brilliantly talented Kenny Ortega was directing and choreographing the entire process.

It’s also no surprise also that due to the HUGE fan following the premiere of Descendants 3 was the highest-rated cable television telecast in over two years among Kids 6-11, Tweens 9-14, Girls 6-11 and Girls 9-14.

A Tribute to Cameron Boyce

Just as the movie was getting to release, the world lost the incredibly talented Cameron Boyce. Cameron played the role of Cruella de Vil’s teenage son, Carlos, in the “Descendants” series and his passing was obviously a tragic and heartbreaking event. I had interviewed Cameron on the set of Gamers Guide a few years ago, and excitedly followed his career as he was such a neat kid, so full of life and passion and an insane amount of talent. I’ll add here that if you haven’t yet seen Descendants 3, his dancing in this movie was amazing – the opening dance scene blew us away. He will undoubtedly be forever missed in the entertainment industry and I’m so thankful that his sweet spirit lives on through these Disney Channel movies and series. I can honestly say, he was the one of the nicest kids I’ve ever had the pleasure of interviewing, and my heart breaks for his family.

This is a sweet message that Cameron made for me for my daughter a few years ago. It meant the world to her then, and now means even more. It captures his kind and playful nature so beautifully, and I’m so thankful for this memory of such a neat young person, gone way too soon.

Birthday wishes for Lauren from @TheCameronBoyce and Sophie Reynolds on from #disneychannelpr new show #GamersGuide Such neat kids, we can’t wait for this show to air July 22nd! #GamersGuideEvent #cameronboyce

All smiles 💕 This past weekend Disney’s #CaliforniaAdventurePark hosted #DisneyChannelFanFest 2019 and let me tell you, if you have kids that love @DisneyChannel, it’s definitely a great time to visit the parks. It’s a day full of all things #DisneyChannel that starts with a cavalcade of stars, meet and greets, cast interview panels and more! My daughter was thrilled to meet some of her favorites: @DoveCameron @Dakota_Lotus @TheJadahMarie @MrCheyenneJackson @annacathcart @TobieWindham @AlbertTsai and many more as we covered this event for the blog. I was looking for great content to share with all of you, but it turned out to be so much more and it was a great reminder of WHY I cover entertainment content in the first place. Especially the tween/teen content. Not only are these Disney show cast members great actors and actresses, they are great humans. I was so impressed with they way that they interacted with each other, Disney Park employees and most of all, their fans. I saw things. Little moments. Stories that are not mine to tell but trust me when I tell you; these cast members went out of their way to be inclusive and KIND and to make lasting impressions on SO many kids. As a mom, that means the world to me because my daughter has been SUCH a huge fan of these shows for so long. It was neat to get a peek behind the scenes at the #DisneyFamily interactions and know how much they truly value their fans. And that is what makes us truly value these shows! For a recap of events, make sure to check out our IG Story button featuring our favorite moments, along with the videos that we are sharing on our YouTube channel here: https://www.youtube.com/SheSaved For all of our Disney content, head to the blog an look under our Travelfolio tab. We even have ways for you to SAVE on #DisneyTravel and this would be a fantastic trip for families! #DisneyChannelFanFest2019 #DisneyLife #DisneyLove #Descendants #Descendants3 #CoopAndCami #JustRollWithIt #FanFest #DisneyFan #FanLove #Celebrity #DisneyStar #GetYourEarsOn #DoveCameron #disneyland #disneyig

You might remember that earlier this year, my daughter and I went to Disney’s California Adventure to cover Disney Channel Fan Fest. A HUGE part of the excitement of that event was the fact that several Descendants 3 cast members where there and it was so fun getting the chance to see all of our favorite Disney Channel stars up close and person and we even got to do a few interviews!

Interview with Cheyenne Jackson AKA Hades in Descendants 3

Wondering who plays Hades in Descendants 3? His name is Cheyenne Jackson and he’s one of our new favorites! Not only was he kind enough to sit down for us with an interview, he brought some serious villain skills to this movie and the evil (yet adorably amazing and in a very strange way kind of kind) Hades.

Another fun part of this event was a big Q&A in which cast members share some fun behind the scenes moments:


and then of course, in true Descendants fashion … a dance party: 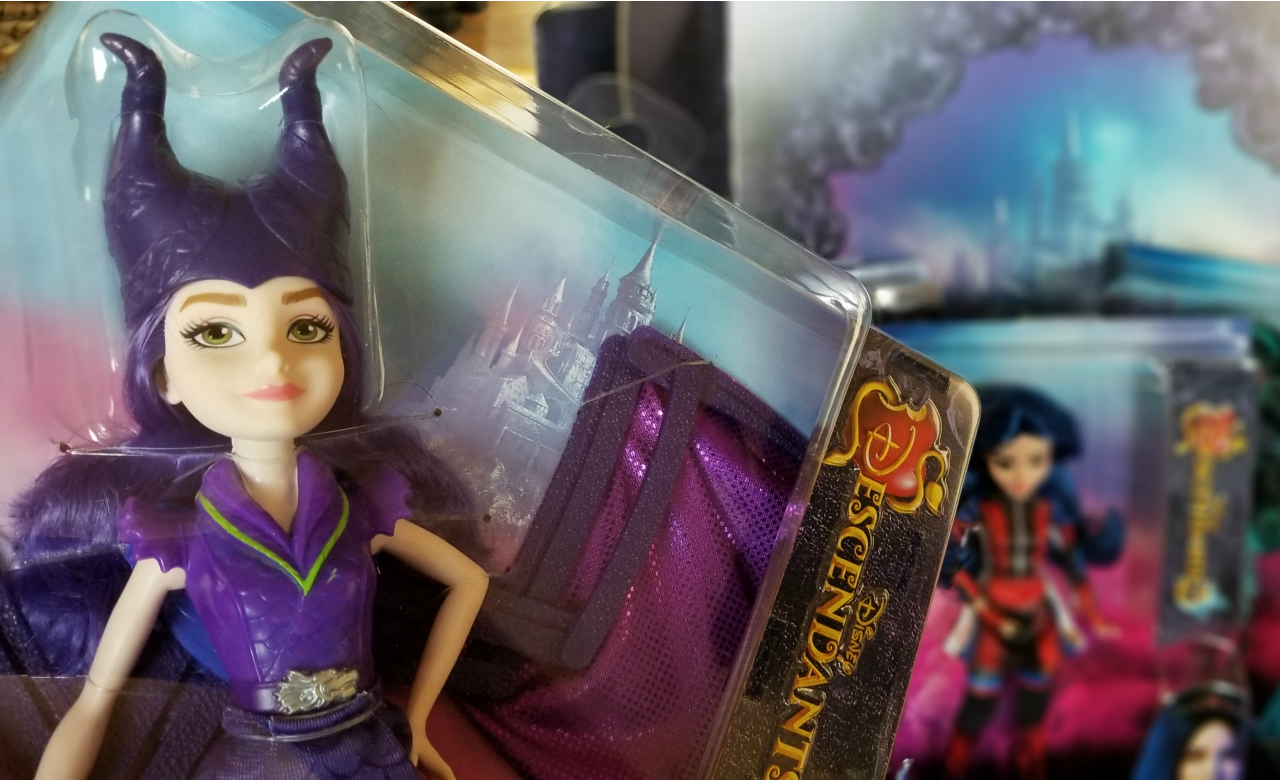 And of course, one of the best parts about Descendants is the merchandise!! The Descendants Blu-ray hit shelves this week, and definitely one that you’ll want to add to your collection. It has some really

Here’s a video peek at our unboxing of several of the Hasbro Descendants dolls: 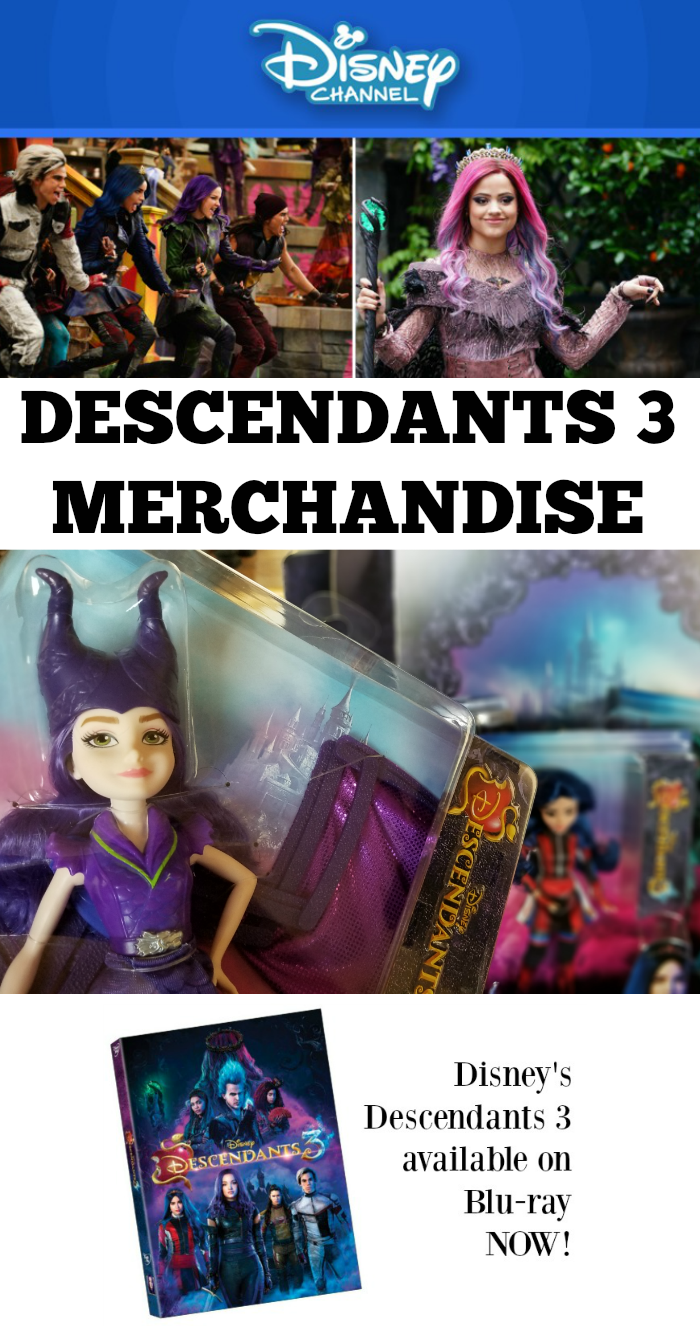 Did you make this project?

She Saved, LLC is a participant in the Amazon Services LLC Associates Program, an affiliate advertising program designed to provide a means for sites to earn advertising fees by advertising and linking to Amazon.com and MyHabit.com
Skip to Instructions