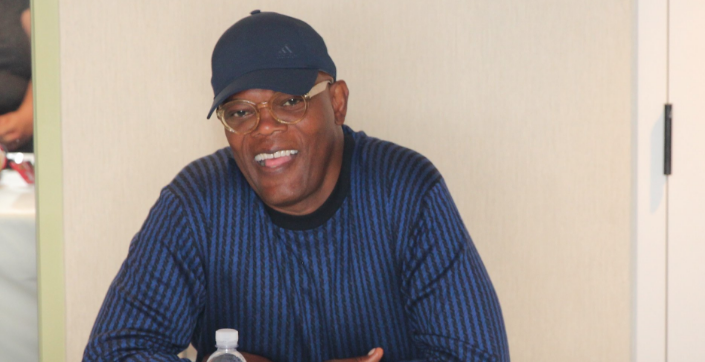 Meet Frozone! My Interview with Samuel L. Jackson for Incredibles 2

I recently returned from LA where I screened INCREDIBLES 2 and had the amazing opportunity to interview some of the cast members. Yesterday I shared my interview with Mr. and Mrs Incredible (Holly Hunter and Craig T. Nelson) and today I’m sharing my interview with Samuel L. Jackson AKA Frozone!

As one of the original cast members from the first movie, he was really excited that even though it was fourteen years later, the sequel came to be:

He continued to explain what this role has meant to him and how important it was for this sequel to live up to the original:

Like I said, people have been asking where is it – where is it – where is it …because everybody, according to the way the last one ended, everybody just assumed there was going to be another one. And Brad went off and started doing, you know, real people movies. And I don’t think they wanted to put it in the hands of anybody else. And it’s also one of those kind of things where the first movie was so perfect, and so awesome, that you got to say to yourself, ” Can we really do something that awesome and just a little bit more awesome the next time so it justifies us doing a sequel?” … And I think they accomplished it, you know, I mean the movie is kind of awesome!

And if you are familiar with Samuel L. Jackson at all, then you won’t be shocked at all at what his answer to this next question was. When asked if he would you like to see a Frozone movie he replied:

Oh I always like seeing a movie with myself in it. Anything starring me is a good idea, so yeah. 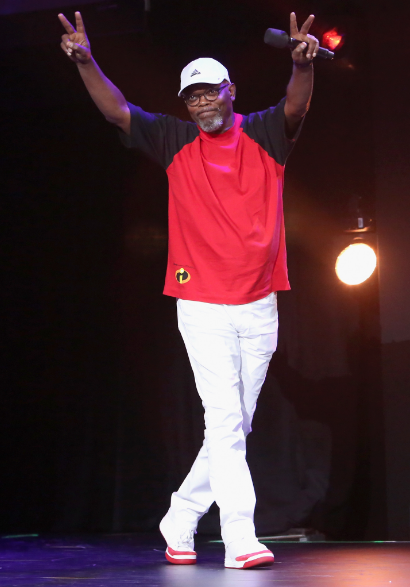 And when asked what his real life super power is, his response was a good one:

Earning money for my wife and daughter, and surviving thirty eight years of marriage yeah, that’s the super power.

That question and response played nicely into this next question and I really enjoyed his answer. When asked if he could transport himself to another place in time, where would he go. He put a lot of thought and emotion into his answer and replied with this:

You know what, like early seventies, I was in New York in 1976. We started this marvelous journey,  were ready to conquer the world and be the best actors on the planet.

My wife and I thought we were going to be Liz Taylor and Richard Burton. It was a vibrant time in New York, there were so many of us there. And it was a great time for work, and all the people that we met, Morgan, Alfre, Denzel …. everybody was there working. And we all worked together, we ate together, we went to auditions together, we went to the same unemployment office when we weren’t working. Vibrant times and learning times.

Which, you know, cemented some really great friendships and just the challenge of being on stage with those people and wanting to be better, wanting to be good, and making all those things happen. That kind of makes us who we are on screen, for everybody, because we had all that discipline. Working together and learning how to be an ensemble and not just out shine everybody who’s around you. Sometimes you can’t help it, because the other people aren’t so good, but being back there and being in that time, that would be great.

Now that I’ve seen the movie, I’m confident in telling you that will really enjoy Frozone and the other characters in this film, it’s definitely a must see for the summer!

« Lighting Up Our Summer Nights with Jasco Enbrighten Landscape Lights
Pixar Short Bao: The Dumpling That Will Steal Your Heart + Bao Recipe »