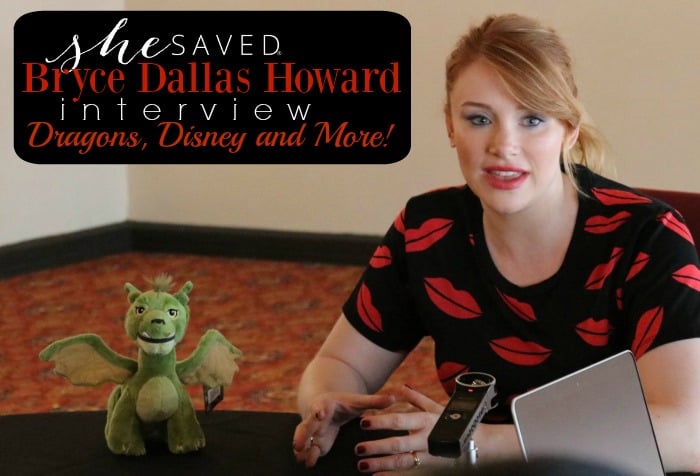 A few days ago, I had the awesome opportunity to sit down with the lovely Bryce Dallas Howard who stars in Disney’s Pete’s Dragon which hits theaters today!

As you might know, Bryce is the daughter of legendary film director, a producer, and an actor (Richie Cunningham!) Ron Howard. I grew up watching her father on Happy Days, and have always been so impressed with his down to earth nature. This is something that he clearly passed on to his children, as Bryce is not only an amazing actress, but she is so personable and friendly and she seems very grounded.

From the moment that she walked into the interview, it was just like talking to another mom. She was very engaged and actually quite funny. I think that you will enjoy my Bryce Dallas Howard interview which includes what she had to say about everything from flying on the dragon to working with Robert Redford. 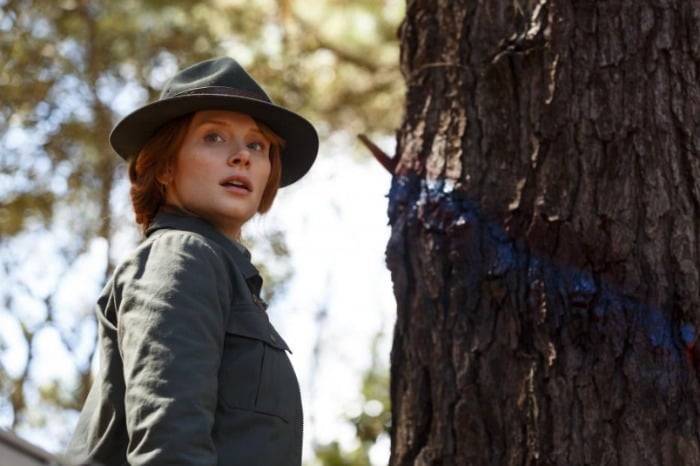 On taking this role

Bryce talked about watching the 1977 version of Pete’s Dragon as a child and how it was one of the movies that she and her sisters watched over and over again.

When I heard about this script I, I sought it out just out of curiosity, not because I knew that there was a role or anything like that.  And then I read it and I was so very different than the 1977 version. I think it’s so beautiful and it really reminded me of the Disney films that I watched as a child that were quite defining for me and really sort of cemented this idea of kind of like American values or something.

It reminded me of that. I like brought it up to my kids and they were like dinosaurs and now dragons?  So that was definitely a motivating factor for sure. 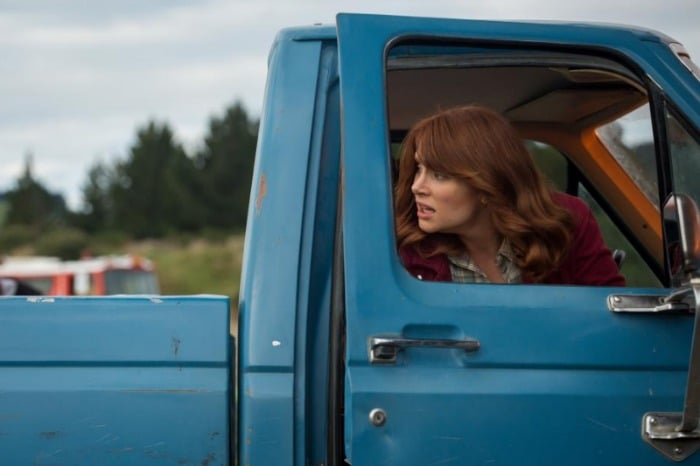 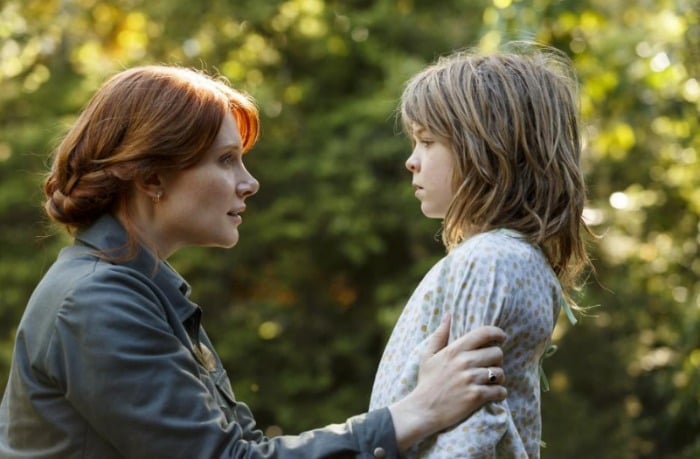 On how she approached this role

It’s really interesting with the Disney movies because watching them when I was a kid I always identified with the child and then reading the script I just instantly was thinking about it from the perspective of being a parent. I just wanted to really approach it simply. My husband said something great to me which is, he was like listen, you haven’t really played a mother. You’ve been doing this for almost 10 years. Infuse this character with the kind of relationship and the dynamic you have with our kids. Just be with Pete in the way that you are and how you talk to Theo and Beatrice. Those are my kid’s names. And it just made it really simple. 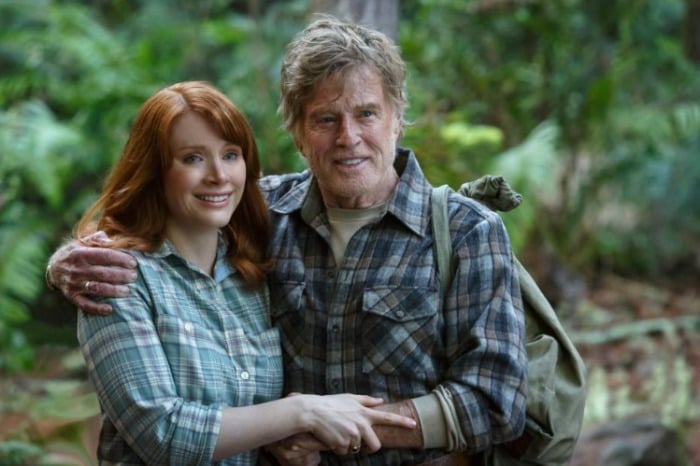 On working with Robert Redford

It was phenomenal. When you’re around him you feel so much peace because he has arrived at that place for himself.

Just being in this really serene environment and having these long awesome conversations with him, I mean it’s less a conversation and more just me peppering him with questions, I mean it was incredible.  And particularly he’s a family man and raising kids also, you know, in this industry and in this world.  And he has a lot of perspective on that and it was just wonderful getting to learn from him and to be around him and admire him and see that he has the most incredible head of hair.

She then proceeded to share with us that he has never dyed his hair, isn’t that crazy!? I loved that she threw in that fun little Robert Redford fact! 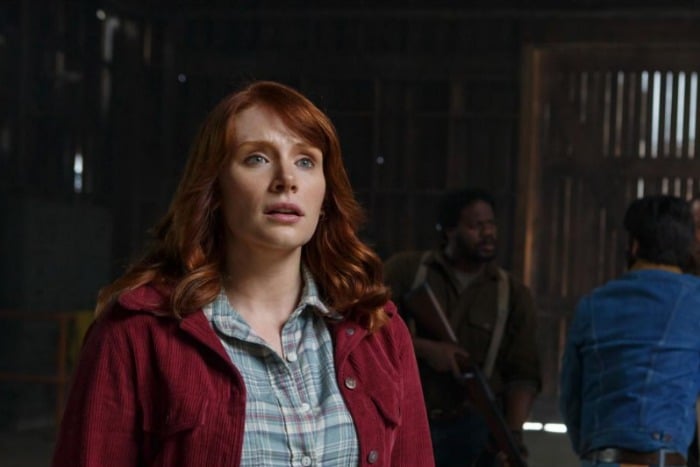 It was getting to ride on the back of Elliott.  I was just in hysterics that whole day.  And I was sitting behind Wes last night at the premiere and I just like grabbed his shoulders when we were watching it.

We were just losing it the whole time because you know, we’re adults and we have kids and we’re on a dragon. The way they set it up it was kind of like this rig where we had a harnesses on and you had to climb up. We were pretty high up on a ladder and it would move around like a ride.  So it was, it was nice that they kind of replicated the Disneyland experience in New Zealand while we were shooting.  It was really fun.

Bryce on the message to take from this film

It has always occurred to me that so many Disney movies deal with loss. There’s this great Walt Disney quote that I’m just going to completely paraphrase here where he essentially was saying that you know, there can’t be light without shadows and that the Walt Disney films don’t shy away from that.

I looked up the actual Walt Disney quote that she is referring to:

Life is composed of lights and shadows, and we would be untruthful, insincere, and saccharine if we tried to pretend there were no shadows. Most things are good, and they are the strongest things; but there are evil things too, and you are not doing a child a favor by trying to shield him from reality. The important thing is to teach a child that good can always triumph over evil. ~ Walt Disney

And perhaps that’s the power of these movies. As an audience, they bring you to a place where it’s like, you know, I mean there’s, there’s, I don’t, I can’t imagine anything more nightmarish as a parent or a child than, you know, you know, dying or losing, you know, my parents from both perspectives. And, and I think that telling the story of after that kind of loss like showing what it takes to find your family, you know, and that there is a family out there even, you know, when you’re orphaned.

I think that’s a really powerful message because we all experience loss and will experience eventually the extreme loss of losing your parents. Another thing that just occurred to me is that like Disney films seem to be like they’re 50% entertainment and 50% therapeutic. You sort of practice those emotions as a child. I mean this is sort of what I think stories are meant to do. Prepare you for what is ahead and prepare you for the commonalities within the human experience.

So I think that seeing that journey and that adventure of finding your family and in the midst of that having bonds that seem impossible or unconventional, you know, his best friend being a dragon. I think that is definitely a powerful message.

I think for kids and adults it allows us to sort of transcend the daily grind of reality and it reminds us to look for magic. To look for something that can make you believe that the supernatural exists or just that there’s something beyond. And it’s not in a religious sense at all or even a spiritual sense, but I think we all have that kind of sense of wonder within us.

Having a movie that’s a live-action film with a character who is magic and mythological, I think that that does something for kids.  I mean my favorite question to be asked after a screening is from a kid asking what was it like working with Elliot and where is Elliott right now? Just to keep that alive, I definitely treasure that.

Disney films seem to be like they’re 50% entertainment and 50% therapeutic. ~Bryce Dallas Howard

Make sure to check out my review of Disney’s Pete’s Dragon here!

« ROGUE ONE: A STAR WARS STORY New Trailer!
Smart Parenting: How to Talk to Your Kids About Social Media »