I Believe in Dragons! My Pete’s Dragon Movie Review

Yesterday I shared with you my time on the red (green) carpet in LA for the premiere of Pete’s Dragon. I’m a sucker for Disney films, so it of course is no shock that I loved this film, but it was a bit of a shock to me that the story was not only different from the 1977 version, but COMPLETELY different. Really, about the only thing that is the same are the names of the characters Pete and Elliot, and even then, Elliot’s name is spelled different in this 2016 live-action film. So, in that regard, I was pleased to see that they left the original alone and created an entirely new story.

What this movie is. (and isn’t)

I think that my favorite thing about this movie is that it isn’t what people are expecting it to be. The creative minds at Disney did a fantastic job of bringing us an entirely new movie and an entirely new experience. The visuals in this movie are breathtaking and the story isn’t a retold one, but completely fresh look at characters and relationships and I would even go as far to say that they have (again) redefined the definition of family. In fact, they change up the family element several times in this film, reminding us that there are so many different ways to love and care about others.

This movie is heartwarming. It is exciting. It flows well and while it doesn’t always explain itself perfectly, it gives you enough to fill in the blanks on your own, and perhaps even allows you to adjust the story to the way that you need to interpret it.

What it isn’t? It’s not a musical (great call there, Disney!) and it’s not a comedy. It has some humor, but it also has some depth to it, and it really does lead you to think about things that you might not have thought too much about before.

And also. Two words: Robert Redford. If for no other reason in the world, go see this movie to see Redford. He’s just fantastic and such a natural and oh-my-gosh just as handsome as ever. In fact, the entire cast is amazing, and I will be sharing my interviews with some of them in the next few days but really: very well done and you will enjoy meeting these new characters. I really thought this movie was perfectly cast.

Do you believe in dragons? Imaginary friends? Both? Depending on your answer, this movie will bring you different results. And who knows, you might just change your beliefs after seeing it 🙂

Who Should See This Movie?

This movie is for the entire family. If I had to suggest an age group, I would say 6 and up HOWEVER, I would use caution with children that are easily frightened, as there is one scene that could possibly scare them. It is nothing traumatic, but it is a very chaotic scene in which Elliot is being captured. If you are taking a small child to this film and you are concerned about their anxiety level, I would suggest seeing it yourself first and/or discussing it with them beforehand. I have found that when it comes to these films, my children enjoy talking through the difficult parts of the film. It really helps them to see and understand the resolutions that come from the conflict and ultimately end up bringing these stories to their happy conclusions. (No spoilers though, I never said this ended happily, you’ll have to find that out for yourself!)

This is a great family film with a wonderful message about what it really means to be a family, to care for others and to truly believe in each other. 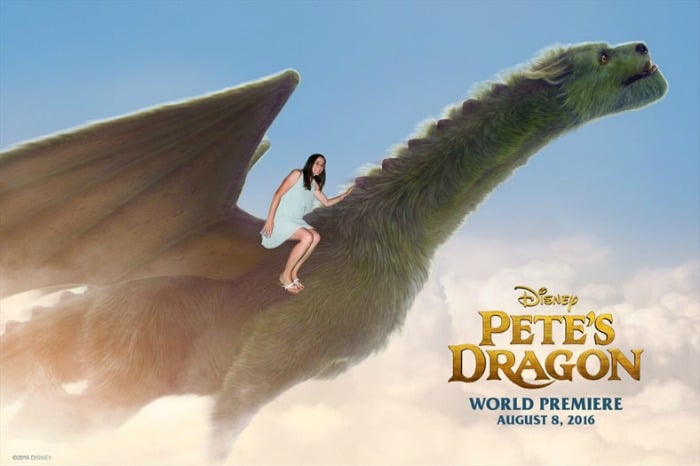