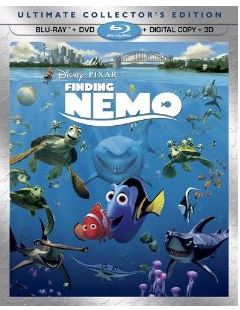 Finding Nemo 3D is now out on DVD, and let me tell you… it is SO worth seeing!! I had the opportunity to review this movie as part of the Disney In Home Bloggers trip that I attended in California this summer, and it was like seeing if for the first time.

Here is one of my favorite scenes from this movie…it reminds me of taking my own kids to kindergarten for the first time: