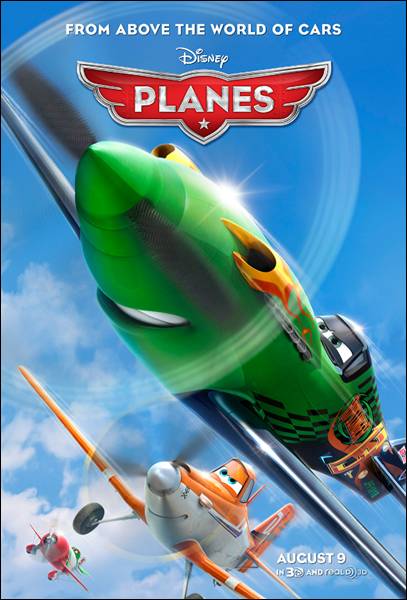 Have you heard? I can hardly stand it … Disney’s PLANES releases in theaters everywhere on August 9th! I have so (soooooooo) many memories of watching CARS with my son. From the time he could say “ca” (Car, of course!) he was obsessed with that movie, and we had so many wonderful cuddle times watching it. To this day, it’s one of our favorites and he still has several of his favorite characters around. I just can’t wait to see what Disney has store for us with this new film!

About Disney’s PLANES: From above the world of “Cars” comes “Disney’s Planes,” an action-packed 3D animated comedy adventure featuring Dusty (voice of Dane Cook), a plane with dreams of competing as a high-flying air racer. But Dusty’s not exactly built for racing—and he happens to be afraid of heights. So he turns to a seasoned naval aviator who helps Dusty qualify to take the defending champ of the race circuit. Dusty’s courage is put to the ultimate test as he aims to reach heights he never dreamed possible, giving a spellbound world the inspiration to soar. “Disney’s Planes” takes off in theaters in 3D on Aug. 9, 2013, and will be presented in Disney Digital 3D™ in select theaters.

Ohhhhh… do we really have to wait all summer!?