My recent trip to LA included a day spent at the Disney Toon Studios. As part of our experience, we were able to preview the Disney Planes Video Games. First of all, I was super excited to see that they are rated E for everyone, that makes it fun for the entire family. I was also really impressed by the vibrant colors and images …I can’t believe how realistic games are these days! 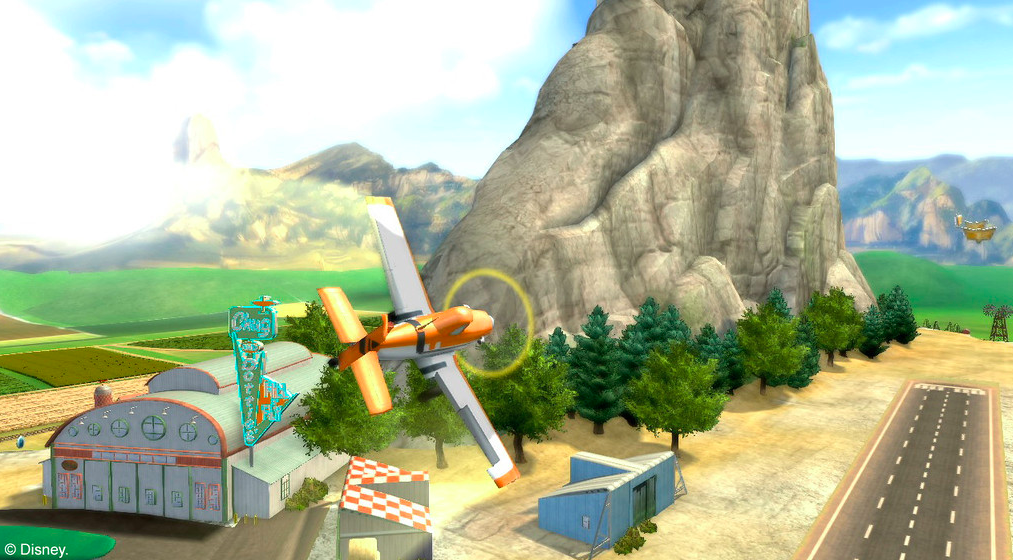 About: From above the world of “Cars,” “ Disney’s Planes” video game takes players on a high-flying, action-packed, fun-filled adventure with Dusty, a big-hearted, speed-loving crop duster, voiced by actor and comedian Dane Cook.

Take to the skies and continue the storyline beyond the film with Dusty and other characters from the film, including Ishani, voiced by actress Priyanka Chopra; Echo, voiced by actor Anthony Edwards; andBravo, voiced by actor Val Kilmer, as they embark on global missions, air races and grand adventures around the world.

•        Play as one of 10 cast of characters from the film with pick-up-and-play flight controls;

•        From Propwash Junction to China, travel through 10 breathtaking environments inspired by the film;

•        1-2 players: Experience universe of “Disney’s Planes” and choose your character in single-player or drop-in and drop-out co-op play with any of the characters featured in the game.

•        Travel through 6 breathtaking environments inspired by the film;

•        Over 40 challenges and missions, including racing missions;

•        Single-player as any of the characters featured in the game.

Where to purchase? Right now you can purchase Disney Planes Video Games on Amazon where they are on sale for $39.99. My son has tested out the Planes Wii game and LOVES it… in fact, he even got his father to play with him and I had a very hard time pulling them away!

The Giveaway: ONE lucky US (only please) SheSaved reader will win their own Disney Planes Wii U Game!