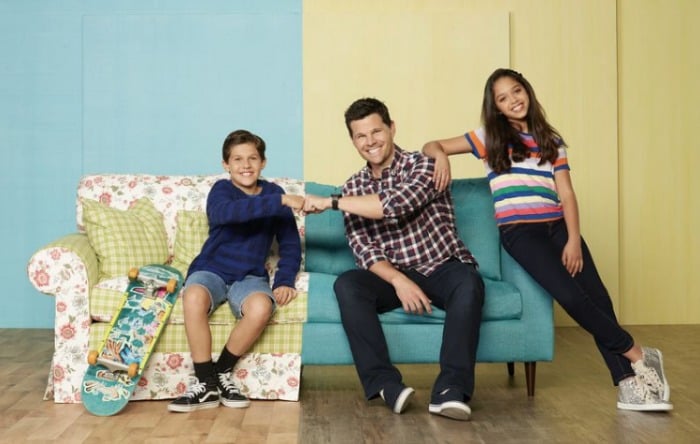 *Disclosure: This post was created in partnership with the folks from Disney Channel and Sydney to the Max. All opinions are 100% my own.

Have you heard about this show? With a premiere date of January 25th on The Disney Channel, the new “Sydney to the Max” promises to be another awesome Disney show for the entire family. Plus, I’m excited to be hosting this awesome Sydney to the Max merchandise giveaway!

Sydney to the Max + Merchandise Giveaway!

I love Disney Channel viewing because they offer shows that I can watch (and enjoy!) with my kids. Quite often they have very timely and relevant topics that lead to great family discussions so the conversation stays long after the viewing is over! In this case, Disney’s Sydney to the Max TV Show features a daughter / father comedy which pulls in the world of single parenting – specifically a single father raising his daughter – middle school student Sydney Reynolds – and as you can imagine both drama and adventure happen in this sentimental live-action comedy series. Being raised by a single father myself, I was hooked on this storyline from the beginning!

I love Disney Channel viewing because they offer shows that I can watch (and enjoy!) with my kids. Quite often they have very timely and relevant topics that lead to great family discussions so the conversation stays long after the viewing is over!

Set in the present day with flashbacks to the 1990s, the comedy revolves around outgoing middle schooler Sydney Reynolds who lives with her single dad Max in the house he grew up in, along with her progressive grandmother Judy — three generations under one roof.  As Sydney’s preteen pursuits begin to expand with unexpected and funny twists, Max tries to get a better sense of the guidance, perspective and support she needs. Grandma, full of both parental wisdom and wisecracks, has a razor-sharp memory that proves Max’s own teenage antics parallel Sydney’s.  Flashback scenes to a young Max and his best friend Leo juxtapose the funny predicaments invented by Sydney and her vivacious friend Olive. 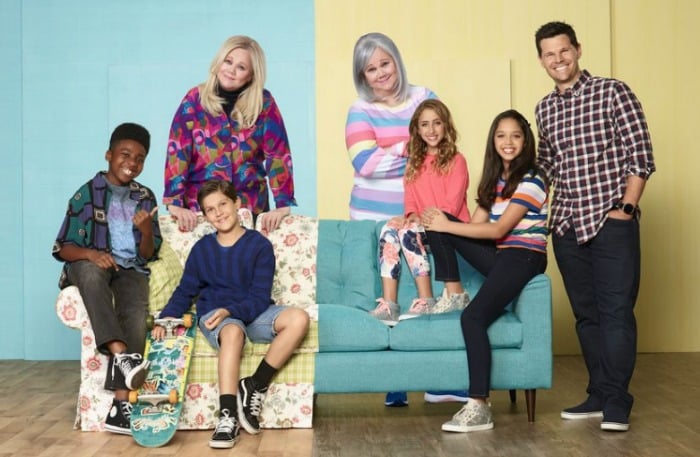 It’s ALL about RELATIONSHIPS

It’s all about relationships, isn’t it? Disney Channel always brings us unique story lines that tackle issues that kids face everyday AND I love that it all centers around relationships!

Because I was also raised in a single parent home, I can really relate to the fact that Sydney will certainly face many challenges and adventures as her dad tries to figure out the chaos that comes with raising a teen girl. And trust me, the challenges will be many, I have a feeling! 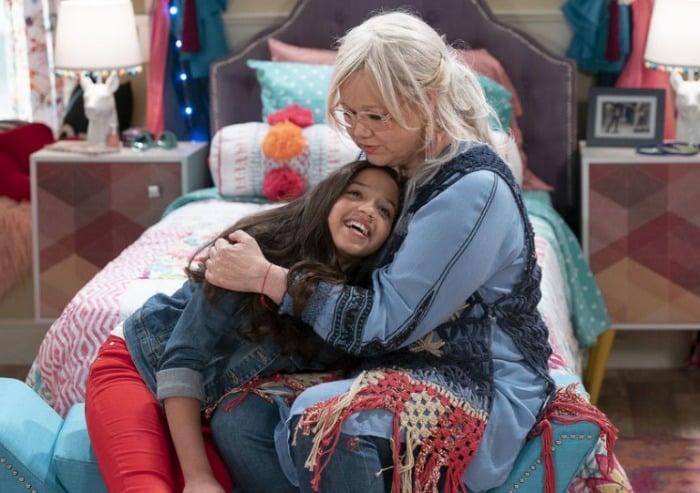 Another thing that excites me about this show is that you can tell that this family has a close knit group of family and friends that participate in helping them and share in their experiences. I’m especially excited about the relationship between Sidney and her grandmother. I think the bond between kids and grandparents is an amazing one and I love to see it celebrated! Her kicky grandmother, played by Ruth Righi, raised her father Max. This gives a different perspective and brings in a lot of Max’s childhood antics as well. Max’s flashbacks (along with Grandma Judy and her stories) create an endless supply of humor from this loveable Reynolds family.

Viewers will enjoy the funny predicaments Sydney and her grandmother get into in this sentimental comedy. A goodhearted middle schooler getting ready to enter high school opens up these story lines to focus on real and relevant issues that any eighth grade student might be faced with.

Whether it’s cultural identity (one episode actually deals with the impact of microaggressions) or other timely topics – parents with young daughters and sons will appreciate the lessons and conversations that this Disney Channel TV show will bring!

Here’s a fun peek at an upcoming episode of this show:

In celebration of this new series, I’ve partnered with the Disney Channel to host this awesome Sydney to the Max giveaway!

One lucky She Saved reader will win everything shown here: 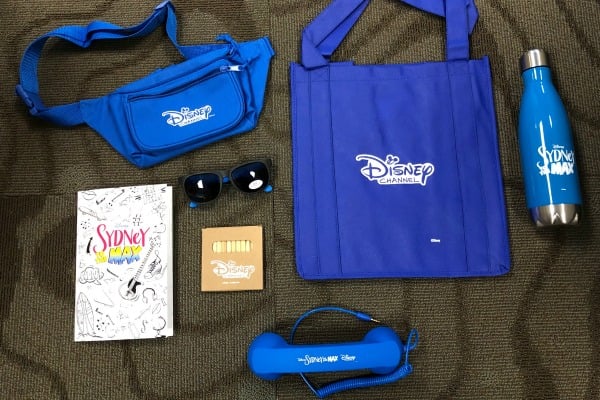 Entering is easy! (US only)

I will leave this giveaway open until February 5th at 11am (mnt time) … once closed, I will select one winner who will have 48 hours to contact me to claim their prize! GOOD LUCK!!

Make sure to check out this series and all of the new episodes of Sydney to the Max. I’m expecting this first season will lead to a second season, a third season – and hopefully a fourth!

« How to Make Troll Pencils
Has Your Email Been Compromised? Check Have I Been Pwned to Find Out! »