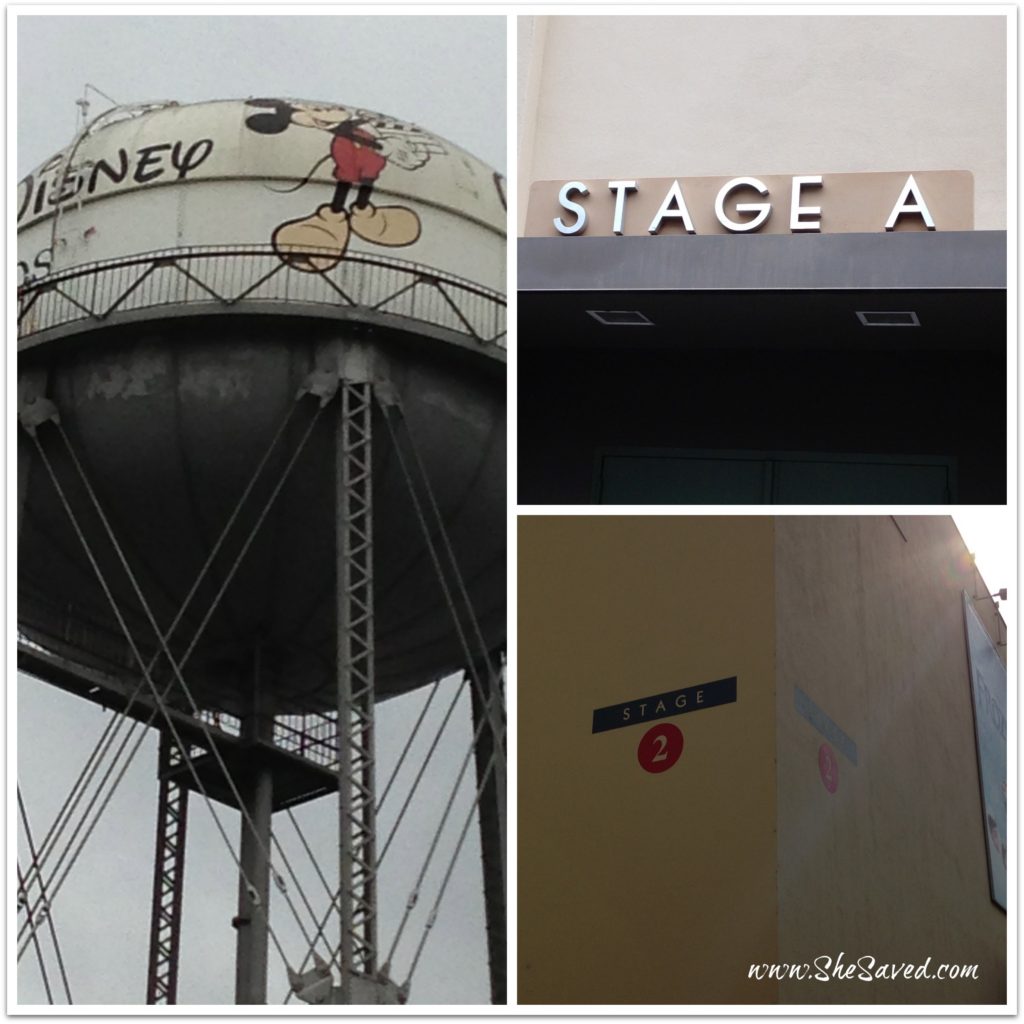 Disney Behind the Scenes: A Tour of the Disney Studios Lot

While I was in LA last month for the premiere of Frozen, I also had the opportunity to take a private tour of the lot at Disney Studios. You can just feel the magic when you are on the lot, knowing that so many actors and actresses, not to mention talented and creative minds (including Walt Disney himself!), have walked the same streets and side walks! 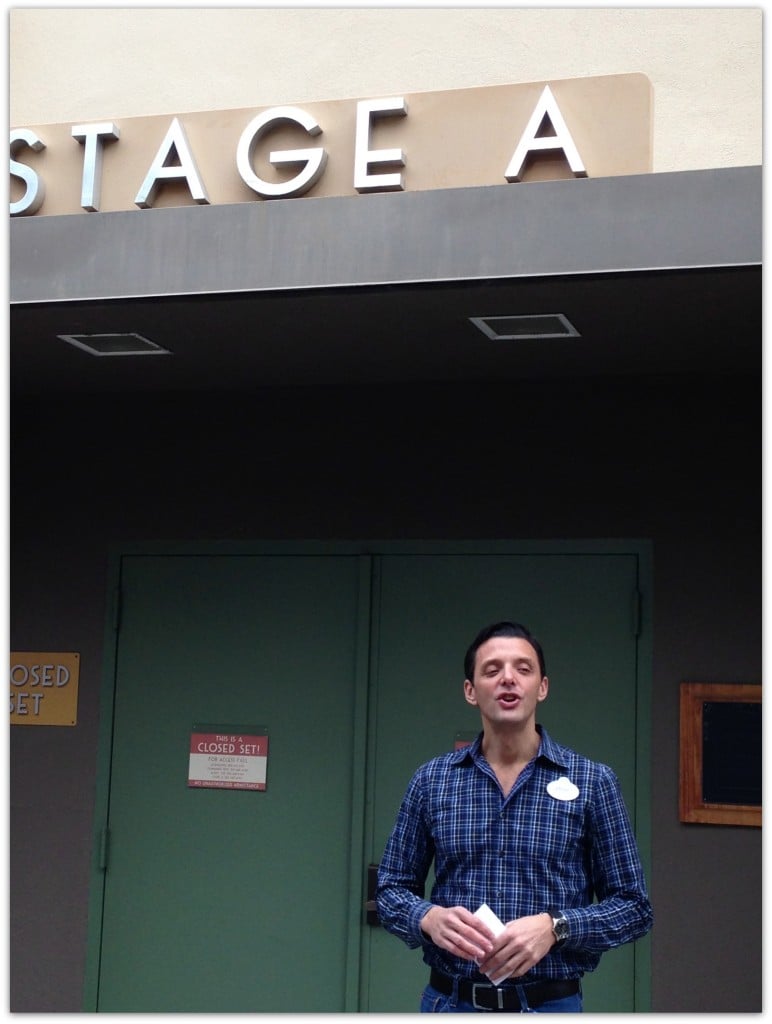 Our tour guide was Jeffrey Epstein (shown above) gave us a fabulous tour of the lot… pointing out all of the exciting places where Disney history has been made, and gave us some wonderful insight into the filming of Saving Mr. Banks, which was filmed right on the Disney Studios lot. As you can see from the photo below, this actual scene from Saving Mr. Banks is filmed in the exact location where Jeffrey is standing in the photo above:

And before we continue on too much further with my behind the scenes tour of the lot, I have to show you the spot below. Seeing it actually brought tears to my eyes because it is where the very most moving moment (in my opinion) in Saving Mr. Banks happens. When you see the movie, which you MUST do (more on that later), you will know what I am talking about: 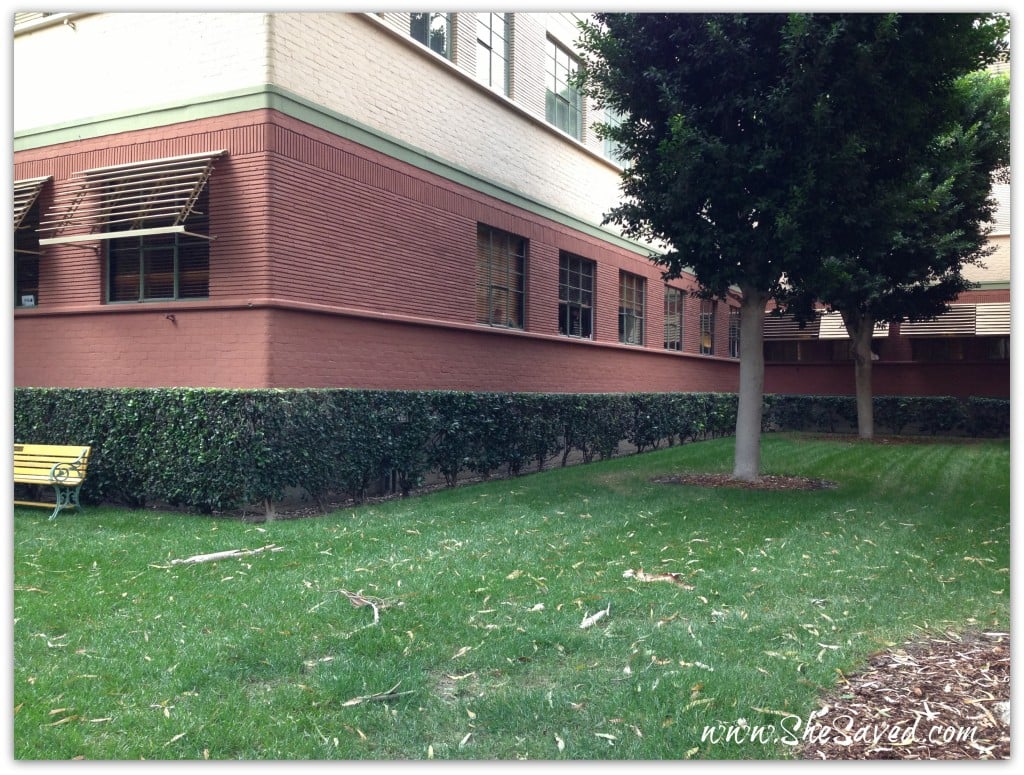 Here are some more photos from the tour… there is Disney magic and excitement all around, and it all kind of blends together like a normal day around there, only it’s super magical compared to the world that you and I live in. But on the Disney lot, people kind of bustle around all happy, kind of skipping around like, well…like they work on a Disney lot. And you think I’m kidding, but I’m not, I really did see someone skipping, I swear it. I probably would be too, honestly. 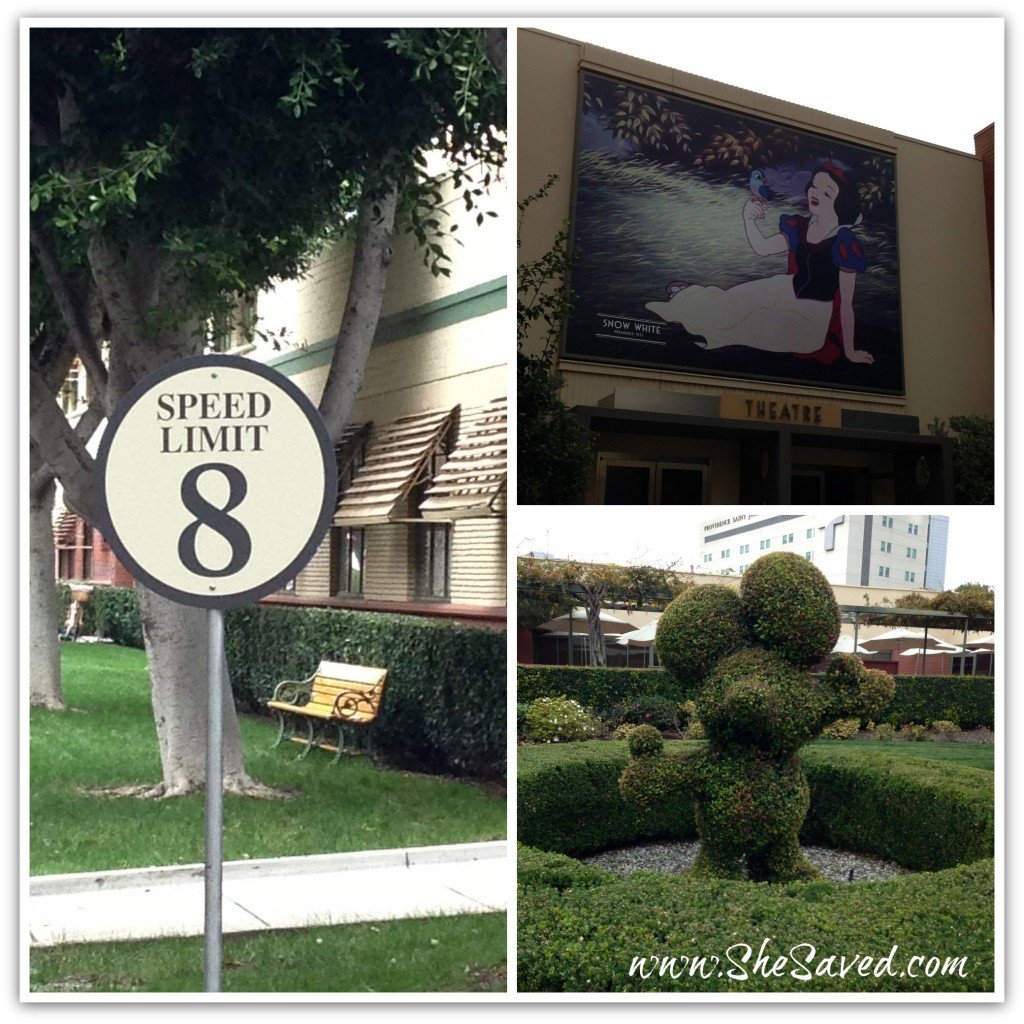 Some of the stages are dedicated to the Disney greats, like this one, Stage 1 which is dedicated to Annette Funicello: 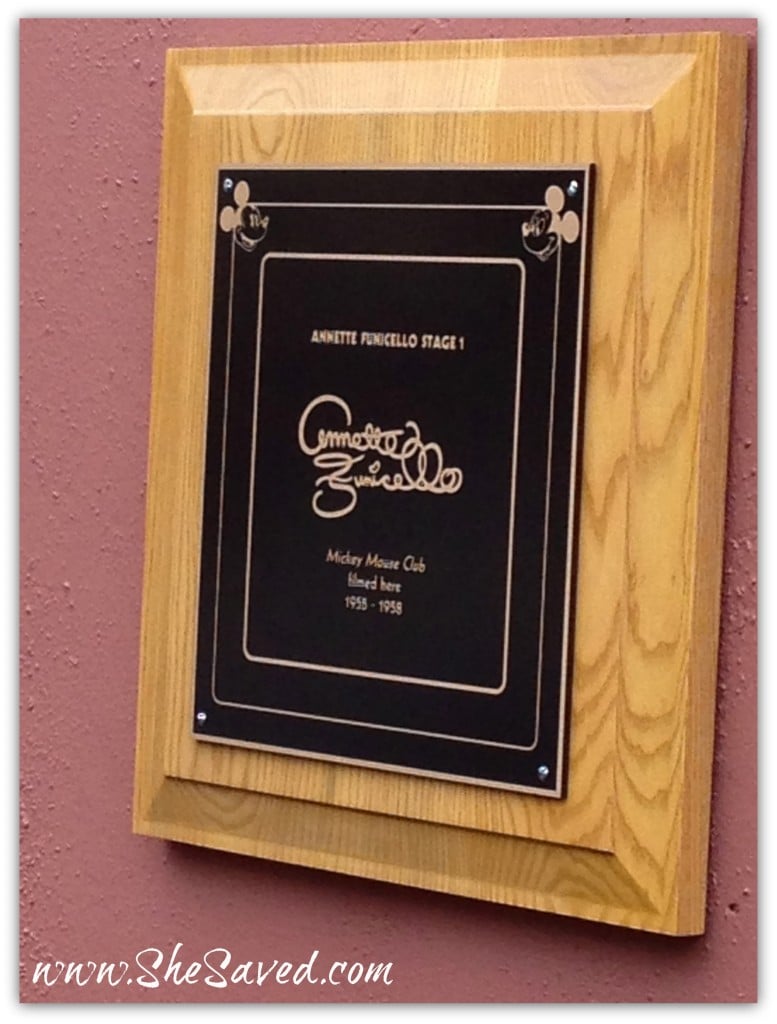 And of course, a Disney lot wouldn’t be anything without a Dopey Drive, so I just had to pose by street sign on the corner: 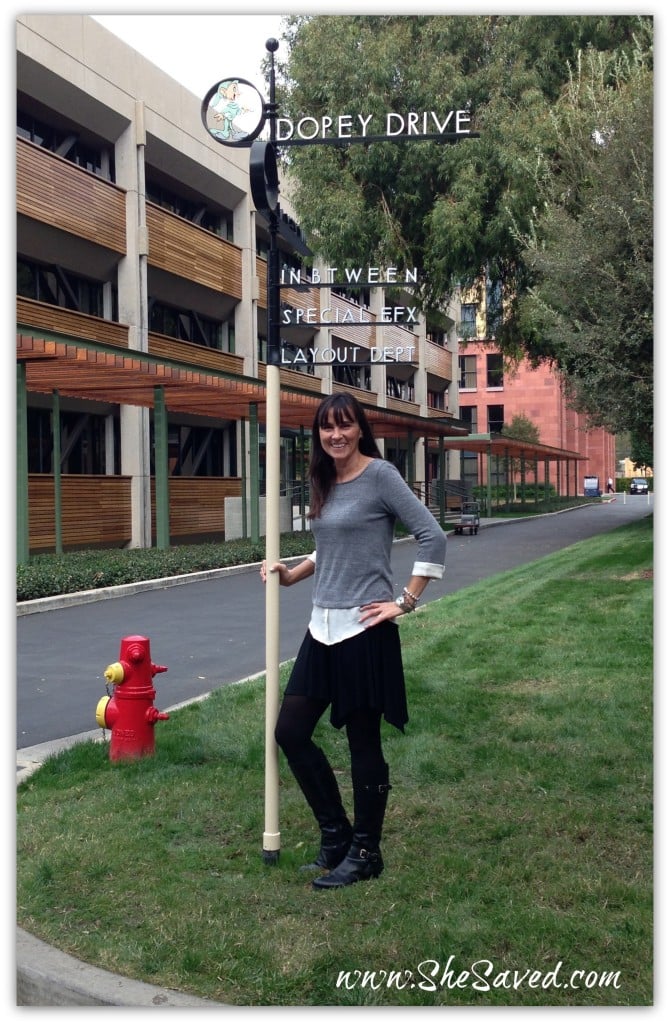 Don’t forget! In celebration of it’s 50 years of success as a classic, Disney just released the Mary Poppins: 50th Anniversary Edition DVD and Saving Mr.Banks will be opening in select cities on Friday, December 13th, and nationally on December 20th! I will sharing more of my thoughts on the movie soon, but honestly… it’s a must see.

I would love for you to read my review of the movie Frozen, my review of Mary Poppins 50th Anniversary DVD, my interview with Prince Hans (Santino Fontana), my attempt at “voicing Olaf” in the Disney recording studio, my interview with chimney sweep Pete Menefee from Mary Poppins, my behind the scenes look at The Making of Get A Horse!, my round up of Disney Frozen merchandise, my recap of my day at the Disney Animation Studios, my experience on the red (errr white) carpet at the world premiere of Frozen, and check out my interview with Kristen Bell (the voice of Anna!).