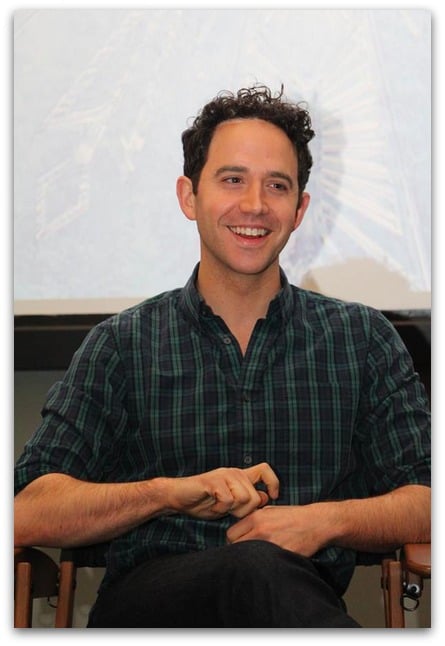 Next, we had an interview with Santino Fontana (above). He is the voice behind the character Hans. And yes, he is as adorable in person as he looks here. Charming, funny… and you could tell that he really enjoyed the process of bringing this movie together. He currently works on Broadway, playing a prince in Cinderella. When asked how he young he started acting, he responded with: “Yes, I was, ah, ah, I forced my family to do a Thanksgiving play in our garage, and I was the turkey in pre-school. [AUDIENCE COMMENTS.]  I did kind of always do it. I also played baseball. I mean, I was a big baseball player. I loved baseball, um, and I always did both, and that was kind of, but I always liked anything where you can, I always liked bringing people together and telling a story that kind of united them. That’s kind of always been my, but ever since I was a little kid, but I don’t think as a preschooler I thought ah, I want to be an actor.” 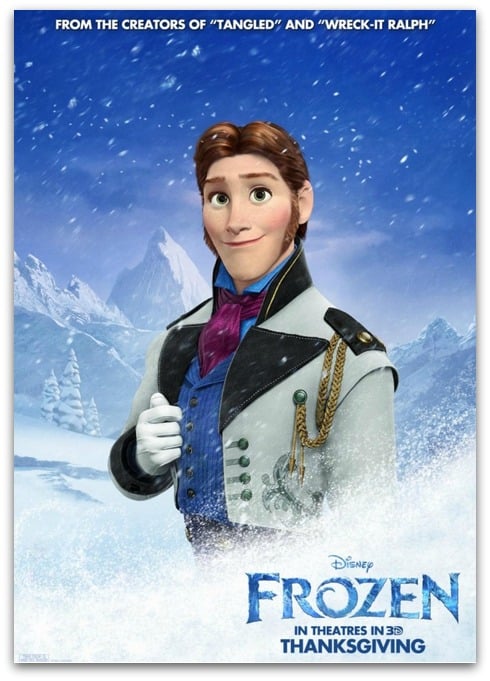 Santino as Prince Hans: Aside from being super charming (on screen and in person!) he is very talented as well! His song from Frozen is one of my favorites (Love is An Open Door) and after meeting him, I can see a lot of his personality in the whimsical ways of his character Hans. You MUST see the movie to follow the story of Hans to the very end, but this is one character that will make a very big impression, and let’s just leave it at that 🙂 If you have seen the movie, then you know exactly what I am talking about! 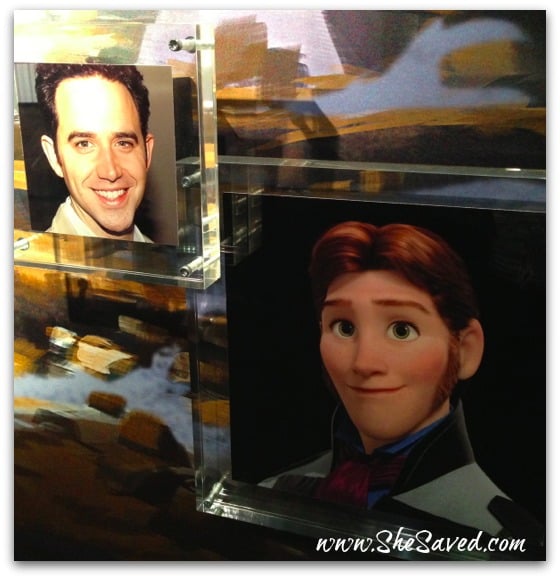 Here is one of my favorite photos of the cast and directors of Frozen … and you will recognize several of them from the interviews that I have already posted… what a wonderfully fun bunch: 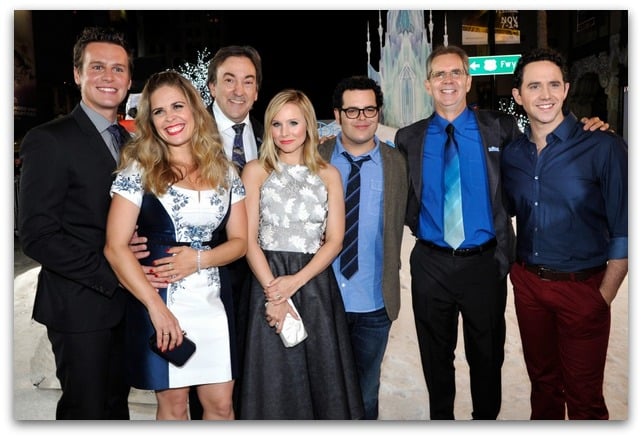 Photo credit: Disney
I would love for you to read my review of the movie Frozen, my attempt at “voicing Olaf” in the Disney recording studio, my interview with chimney sweep Pete Menefee from Mary Poppins, my behind the scenes look at The Making of Get A Horse!, my round up of Disney Frozen merchandise, my recap of my day at the Disney Animation Studios, my experience on the red (errr white) carpet at the world premiere of Frozen, and check out my interview with Kristen Bell (the voice of Anna!) also make sure to follow all of the Frozen excitement: