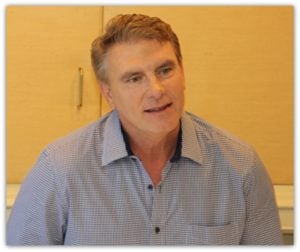 He was very warm, friendly and definitely passionate about this film, its characters and the journey to the finished product. I loved that it was so obvious that he loves his job and was very proud of this film. We had just screened Maleficent the night before, so I was still pretty giddy over it, and completely impressed but I was even more impressed after meeting him because it was so clear to me how much of his own passion went into so many different moments of this movie. His passion as an artist, a director and a father all played a part in the creation of this film… read on to find out how each passion contributed:

Q : So this being your first directorial debut, what was different from being on set compared to being in the art department?

I got sidetracked by this pesky art direction stuff.  It was part of the journey.  I’m glad that I did all that stuff because it prepared me not only being around these big movies but also meeting a lot of great directors.  I met Peter Weir and we became close friends on a movie called Master and Commander.  He taught me a lot about how to talk to actors and to get at an emotional level with them.

And then I spent four years with Jim Cameron and that was useful in how to be strong when you need to be.  I worked with Tim Burton on how an artist can direct.  So there are all these directors,  but they do it in different ways.  So I came into this with a lot of experience, and not only that, you have to have emotion yourself. And you have to have spent your life studying human behavior and really, really paying attention to why people react a certain way when they’re told something.  I think it’s all those little bits of information plus all of the knowledge I got from just my experience with other directors.  And then the confidence to be at the same level with somebody in finding the emotion of that character.  That’s what made me feel comfortable in being a director.

Q : What advice would you give to parents of children who may have an interest in going into film – either directing or working in the art department, working in any capacity in this industry?

Q : What was your favorite scene to direct?

RS : I think there are many, many special moments.  But, I suppose it’s the christening scene because — in the film, we’re doing a retelling.  So we’re not just doing a straight out of the box remake of that classic version.  So it was very intentional that when you watch the movie you’ve learned a whole bunch of new material.  When you get to that center point of the movie we shot that scene almost verbatim, word for word, from the classic cartoon version. And that was so that you now had all this new, fun information that you had learned and you understand why that character is doing what she’s doing.  And then you get to see what happens after that.  So I think for me personally it was a Hollywood moment, just standing there with several hundred extras in this huge set, and she came into the room in that costume and I was a big fan myself at that moment just in awe.

Here is one of my favorite clips about the making of the Maleficent, where you will see Robert talk about shooting a large (and amazing) battle scene:

Q : Had you worked with Angelina Jolie before and if not, what was it like to work with her and direct her?

“I’ll never forget we just sat on some back steps in her backyard and watched her kids play out in the backyard.  And we talked about life and, and being a parent and just normal stuff. And I think that’s why we connected because we had to find out that we were both human beings first before we tacked human being problems.“ ~ Robert Stromberg

RS : I hadn’t.  I went to her house the first day that I met her and what was really great was that we didn’t talk about the movie for the first hour. I’ll never forget we just sat on some back steps in her backyard and watched her kids play out in the backyard.  And we talked about life and, and being a parent and just normal stuff. And I think that’s why we connected because we had to find out that we were both human beings first before we tacked human being problems.  And that was a special moment for me because we — and I wasn’t necessarily intimidated by her, but I had never seen the human, motherly quality in there before.

One thing that I must say truly stood out to me in this interview with Robert was his true passion for the things in his life. I love that he was drawing on his personal experiences as a parent to assist him in his role as director. As a parent myself, I can’t think of something that could fuel your passion more, especially in this case, than the understanding of true love. 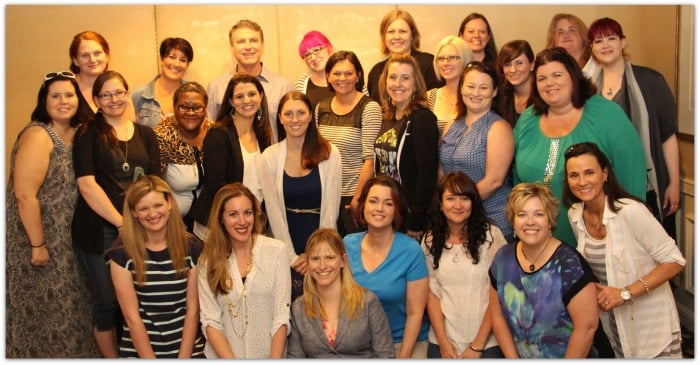