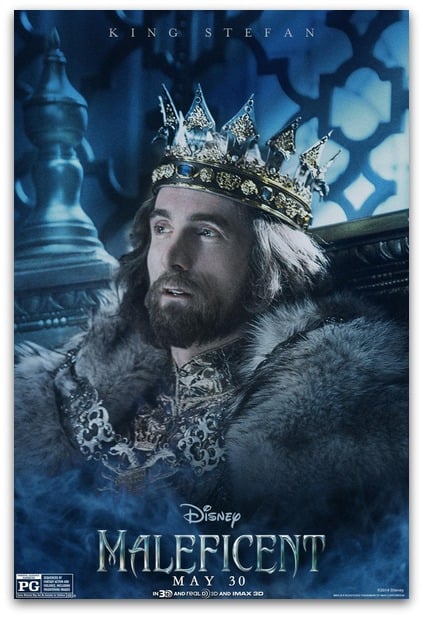 Disclosure: This event and trip to LA was an all expense paid journey sponsored by Disney. All thoughts, experiences, character crushes and opinions are 100% my own! 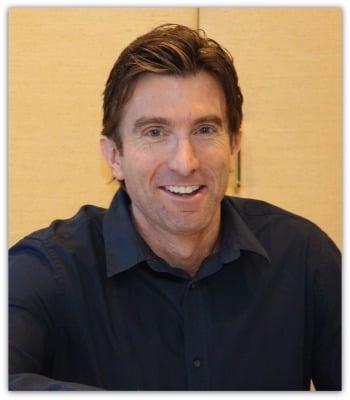 Last week, I travelled to LA to attend a press junket with 24 other bloggers for the film Maleficent. This included a press screening of the film, and a sit down interview with several cast members from Maleficent.

One of my favorite interviews was with this guy, Sharlto Copley. It was so neat getting to meet him the day after seeing Maleficent, because it actually made me realize what an amazing actor that he truly is, as he is so different from his character, King Stefan.

As I have said, I LOVE this movie, but a large part of what I loved about seeing it for the first time, was watching this story unfold on screen. A story that I had not heard before. SO, with that in mind, I am going to cautiously tell you about Sharlto Copley’s character (King Stefan) and reveal as little as possible about him. I really believe that it will make your experience in the theater that much more amazing if you go into it not knowing certain things about him. So trust me here, it’s all for your own good.

With that said, the interview with him was fascinating. He is charming, adorable and funny.

Q : In one of the interviews you did you said that Angelina was a better prankster than you. Was there any pranking going on on set?

SC : Yeah, there was a lot. Most of it was pretty crazy and will remain with me. One example of the kind of thing we were doing is that I sometimes would improvise my dialog. So I pretended that I’d heard a noise in the bush. I was trying to prank her on camera. So I heard a noise, you know, and I suddenly said to her, “Do you hear something?” And she sort of looked at me but now she’s got to keep playing on. She’s like, “Oh, what’s he doing,” you know, but she’s got to keep on. And so I run off and I go behind the bush and I’m diving down and I’m finding things. And I come up with the raven on the end of my blade. As if the raven had been following her, and I yell, “I got him!” And the whole crew laughed and I thought I was very clever and very funny. And the next morning, I get to my trailer at I think six o’clock or something, and I open my trailer. I’m all tired and I just can’t wait to get into the trailer and there are these two huge real ravens in my trailer! And they literally looked at me and kind of went [SCREECH] I was literally too scared to go into my trailer. It took half an hour before the guy could come and remove them…. ravens are intimidating birds! 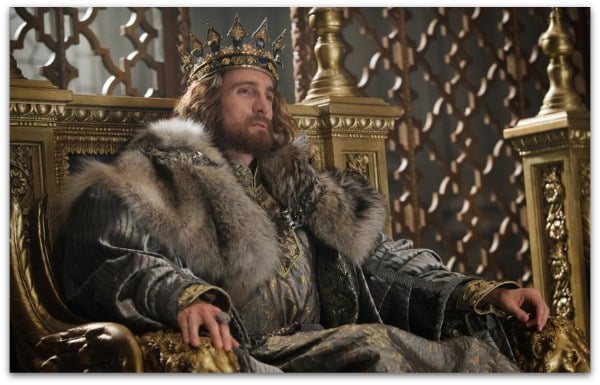 Q : Did you audition? Did you go in really wanting this role?

“I was looking for something that I could show my seven year old nephew, you know? Most of my films are R-rated movies. I was like, come on man, I gotta do something with some sort of positive message.” ~Sharlto Copley

SC : I did really want this because I’d met Angie before and really felt she was very complimentary about District 9. She’d seen my performance in District 9 and she said how we should work together some time. That was about two years before. And so when this came around I was really looking for a fantasy film. I was looking for something that I could show my seven year old nephew, you know? Most of my films are R-rated movies. I was like, come on man, I gotta do something with some sort of positive message.

So yeah, I went after this quite aggressively. I shot a tape for it, a bunch of scenes, and I actually was saying to my agents, I was like, “Guys, get my tape to Angie.” And they’re like, “Oh, we can’t. She’s on a boat. We don’t know where she is.” I’m like, “Just get it to her,” because I  know she did say, you know, that she was interested to work with me, so I was very grateful to get this. 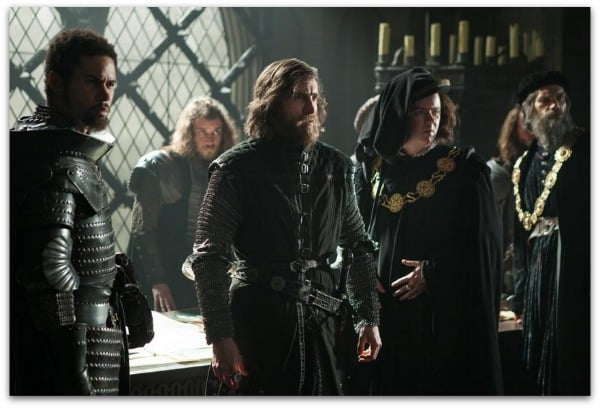 Q : Do you have a favorite scene in the movie?

SC : A favorite scene? No, not really. There were a lot of scenes that I liked. I really enjoyed all of the stuff with the pixies. I love comedy and so that was fun for me to watch the comic relief characters in a movie. But I think there’s a lot of really, really cool scenes in the film. 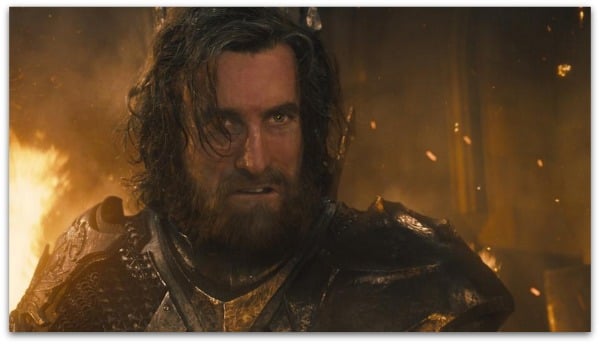 Q : If you weren’t an actor, what would you be?

SC : If I wasn’t an actor what would I be? I was saying this, the other day. Am I allowed to be in entertainment? Because I’ve always wanted to be a director. I’d direct. I would definitely be a director. That’s what I was going to do before and I think I’ll go back to that. But if I couldn’t be in entertainment I think I would have made a really good lawyer. My only problem would be that I would not be able to defend somebody that I thought was guilty. Like, that would just destroy me. But I think I could argue very well in court as useless as that would be.

And my favorite question/answer… I love, love, LOVE his answer to this next question. “Don’t fall off your castle.” BEST advice ever. Because it’s so true, right? Trust me, completely true in this case, but just overall great advice for a happy life.

Q : This film comes out right before Father’s Day. Do you have any messages that you can give dads who may want to take their little girls to see the film?

“I have people ask me, “What’s the message for my child?” I’m like, “Well, the message is for you, dude. Don’t fall off your castle.” ~Sharlto Copley

SC : Yes. Spend time with your children so you don’t end up like Stefan. I have people ask me, “What’s the message for my child?” I’m like, “Well, the message is for you, dude. Don’t fall off your castle.” Like, “Well I was making money for my family.” It’s like, they didn’t want money. They wanted time with daddy. You know? And you see it all over the place. And you see it. I don’t have kids yet because I was aware that I was working so hard. It was like if I want to have kids, I want to be able to spend some time with them every day. It’s like it’s a lesson for your children but it’s very much for the dads, you know, a lesson for you.

And there you go! I can’t tell you much more than that (I might share with you more of this interview AFTER you have had a chance to see the film) because I simply do think he is a character that you are going to be totally interested in learning more about … I know that I can’t wait to see the film again because I still have a few unanswered questions to work through. So while King Stefan shall remain a bit of a mystery for just awhile longer, I do hope that this gave you a fun glimpse into Sharlto Copley and his charming personality … I only wish that you could hear his darling accent. *And yes in case you are wondering, I was a bit smitten by him. I swear it’s that “Don’t fall off your castle” line, so Jerry Maguire-ish, no?

I am beyond excited for you all to see this film and let me know what you think! 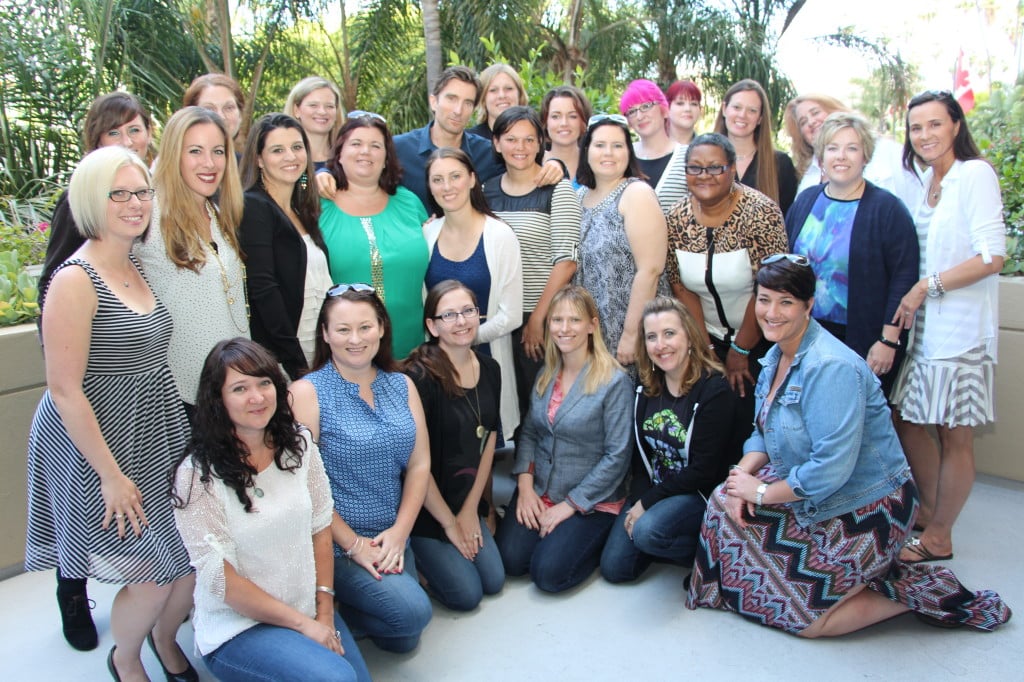