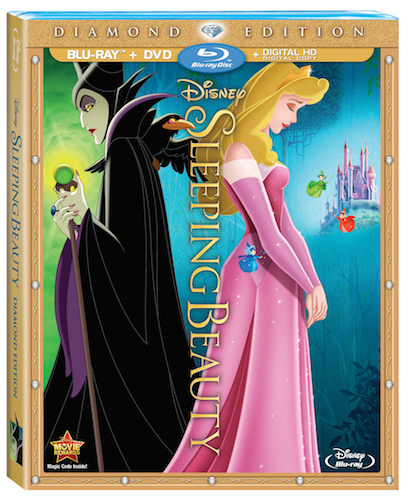 As you might know, I just returned from LA where I took part in a four day event that covered some of Disney’s soon to be released dvds, one of which was Sleeping Beauty! The Sleeping Beauty Diamond Edition is available on Amazon TODAY! This dvd contains not only a classic Disney film, but some amazing bonus features!

Additional all-new bonus features include never-before-seen deleted scenes “The Fair” (with Deleted Character The Vulture,) “The Curse is Fulfilled” and “Arrival Of Maleficent,” plus the Beauty-Oke sing-along to “Once Upon A Dream.” The Blu-ray Superset also includes classic DVD bonus features and more! 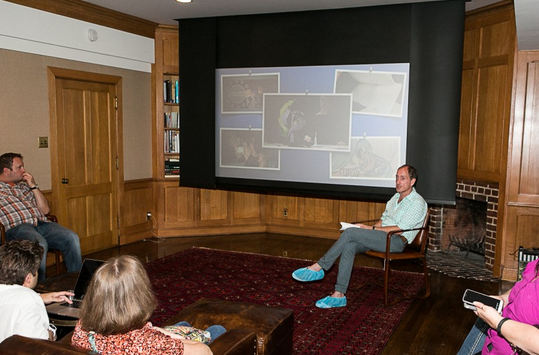 As part of the celebration of the release of this new dvd, I had the opportunity to tour Walt Disney’s Los Feliz home and on that tour we also had the opportunity to spend some time in what was once Walt Disney’s personal screening room as we interviewed David Jessen, Vice President of Enhanced Content at Disney Studios. (shown above) He plays a huge role in these bonus features on the Disney DVDs and if you collect them, then you know just how special these bonus features are! We get so excited about each new DVD release largely in part because we can’t wait to check out the bonus features!

One of the bonus clips on the Sleeping Beauty DVD is a look into the world of Walt Disney Animation Visual Development artist Brittney Lee as she goes through the process of creating a three dimensional sculpture of Maleficent, completely out of paper. It is fascinating to watch:

Another very special part of this evening, was getting to meet Modern Family star, Sarah Hyland. She is also the star of a darling bonus feature on the Sleeping Beauty Diamond Edition called “Once Upon A Parade”. Isn’t she darling: 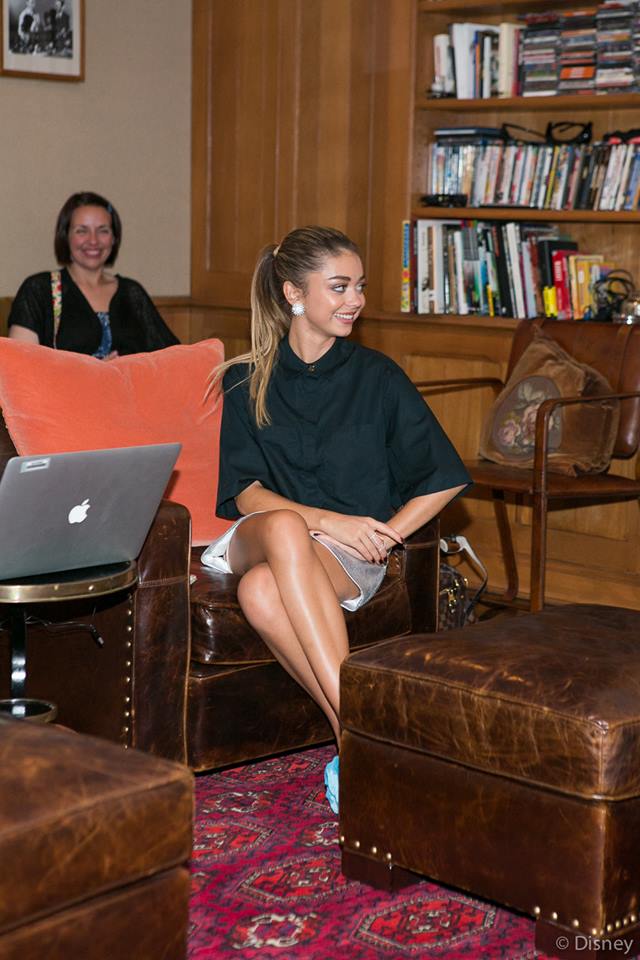 I have to tell you, her bonus clip is darling too, and my daughter is already obsessed with it. Sarah did a fantastic job and I really think that this was a brilliant move on Disney’s part because it is absolutely captivating and really captures the “magic” that kids see in the Disney experience. Here’s a clip to show you just how awesome this bonus feature is:

Honestly, so many great features on this DVD that you won’t want to miss!!

The Sleeping Beauty Diamond Edition is available for pre-order now on Amazon for $18.99.