We were already pretty excited for this movie, and then I had the awesome opportunity to interview UglyDolls creator David Horvath and Director Kelly Asbury and it just made me love it all that much more. The story behind this movie is SO good, and it really brings authenticity to the messaging.

And that’s not just fluff. After speaking with the two of them, I believe that the messaging of this film is something that they full heartedly believe in. As the mother of a tween and a teen, it’s messaging that I can get behind. 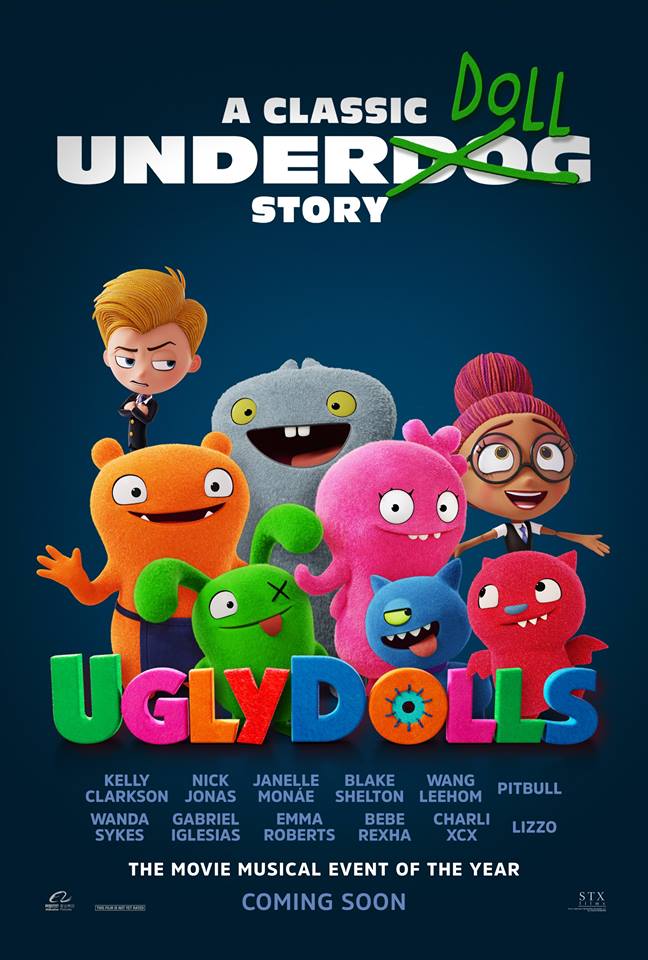 I had the chance to ask both Horvath and Asbury their thoughts on the messaging in this film, in terms of where it came from and just exactly what the word “ugly” means in all of this. Horvath shared that ugly is just a word as are the words pretty and perfect. They all mean different things to different people. Everyone has a different definition for what those are:

There’s as much normal as there is actual ugly, right? So, when we create an UglyDoll, obviously they’re not ugly. And that’s the whole point. When we first started the brand it had nothing to do with the outside and it had everything to do with the inside. And this is not the movie messaging, but just the core and the place where we started from – that the little funny things that make us corny, or unique, or awkward, or not so normal are actually the things that make us who we are. 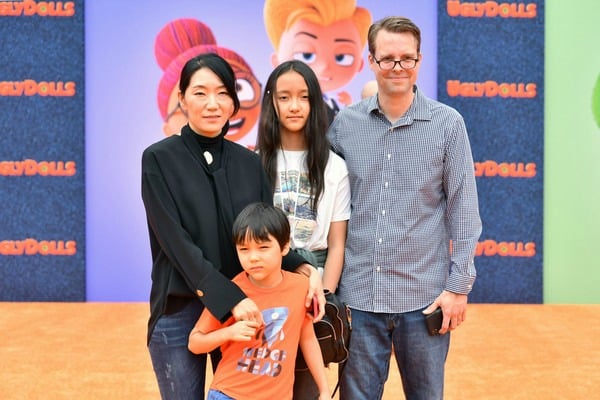 Such timely conversation, Horvath expressed that he’s concerned that kids are growing up in a time where so much of their identity centers around “likes” and

When asked why he first signed onto this movie, Director Kelly Asbury made it pretty clear that the decision was an easy one:

The UglyDolls are so absorbingly cute and adorable just in and of themselves that I saw the makings of an obviously great movie, and a lot of fun to be had with it. That was the first thing. And the second thing was that I heard the song. It couldn’t be better. And I saw the ending that had already been worked out by the time that I came aboard. And I just saw the rough images of it. And when I saw that beginning and that ending and where it all lead, I was absolutely hooked. And I love heartwarming stories, I love Hollywood movies. I like movies that make you feel good, that are entertaining, that are not necessarily always sending complex messages. Sometimes it’s fine just to send a simple, clear message. And I felt really strongly that this was an opportunity to make one of those movies. So, I was on board pretty quickly. 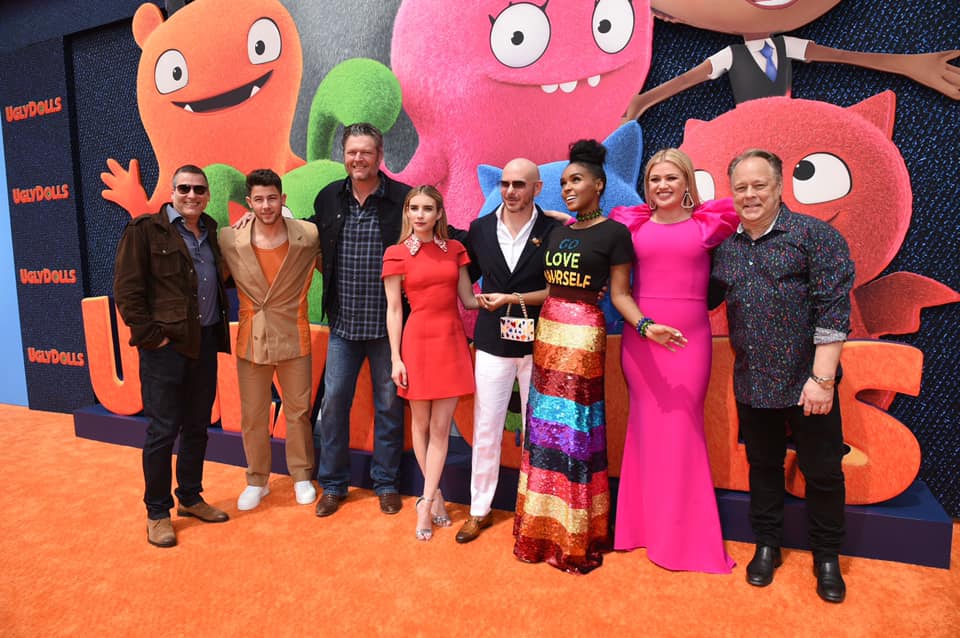 Character development is obviously a big part of the process in a movie like this where different personalities and traits are being focused upon, especially for being “different”. Asbury expanded on this thoughts as to how these characters actually may have come from David’s own life experiences and personality:

What I always thought about the UglyDolls in relation to David is, you know, I sort of liken it to Charles Schultz and his Peanuts characters. And Charles Shultz was a big hero of mine, and he always said that every one of the Peanuts characters was some aspect of his own personality, either at one time in his life or always. And he related most to Charlie Brown, and so did everyone else. And I always thought that was interesting. We all are Charlie Brown first, and then we each have our pieces. And I think that, in many ways, I approached the movie pretty much, I think, everyone is Moxy, at one time or another.

I know that I approached Moxy’s character the same way–thinking about when I was living in Beaumont, Texas, wanting to go to art school in California, wanting to work in the animation industry, having my dreams, and they were so far removed from where I was then, and the journey it took to get to where I’m not directing animated features in my old age–that it is kind of an extraordinary thing, when you look at the road behind you. And along the way, I say, you know, I understand Moxy being happy and loving her family. Being happy where she lives. I was happy where I lived. But I also had a yearning that was unquenchable until I found it.

So that alone gave me Moxy, and then all the characters that join her each have their own extension of that and aspect of that that everyone would on that same journey. So, it’s all sort of an amalgamation of one, you know, one character sort of broken into pieces. You know, it’s an interesting thing that happens with any creation. 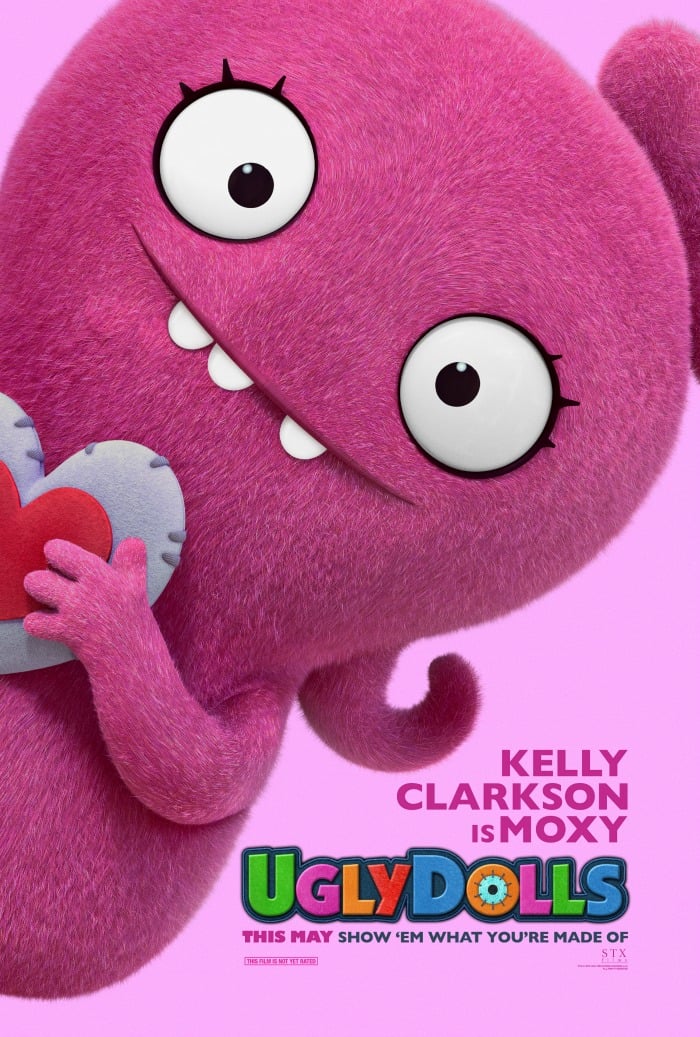 I love that this movie focuses on finding happiness by loving who you are, and that’s a message that we can all benefit from hearing, right? UglyDolls is in theaters now and I hope that you get a chance to see it. We are already a bit hooked on the music around here and I have a feeling this is going to be one that we enjoy for a very long time!

In the adorably different town of Uglyville, weird is celebrated, strange is special and beauty is embraced as more than simply meets the eye. Here, the free-spirited Moxy and her UglyDolls friends live every day in a whirlwind of bliss, letting their freak flags fly in a celebration of life and its endless possibilities, occasionally looking to the sky, where a new UglyDoll will appear and be embraced by the community.

Moxy (Kelly Clarkson) loves her square-peg life in this round-hole town, but her curiosity about all things leads her to wonder if there’s something – anything – on the other side of the mountain which nestles Uglyville. Moxy gathers a group of her closest friends and sets off to find what’s on the other side. They discover another world – Perfection – a town where more conventional dolls are trained in protocols before they graduate and are sent to the “real” world to find the love of a child.

In Perfection, Moxy and her crew are subject to the manipulations of Lou (Nick Jonas), the perfect doll in charge of training recruits. Here, the UglyDolls will confront what it means to be different, struggle with their desire to be loved, and ultimately discover that you don’t have to be perfect to be amazing because who you truly are is what matters most.

Check out this fun clip to see how UglyDolls were born:

We are UglyDoll obsessed around here and my daughter is specifically in love with Moxy. I mean.. who isn’t? This character is one that we can all related to and she just brings out the self love and happiness is all of us.

Not to mention the fact that the merchandising for this movie is amazing!!

Make sure to follow #UglyDollsMovie in social to keep up with the excitement and remember! Ugly Dolls is in theaters NOW!!
You can purchase tickets for Ugly Dolls here.