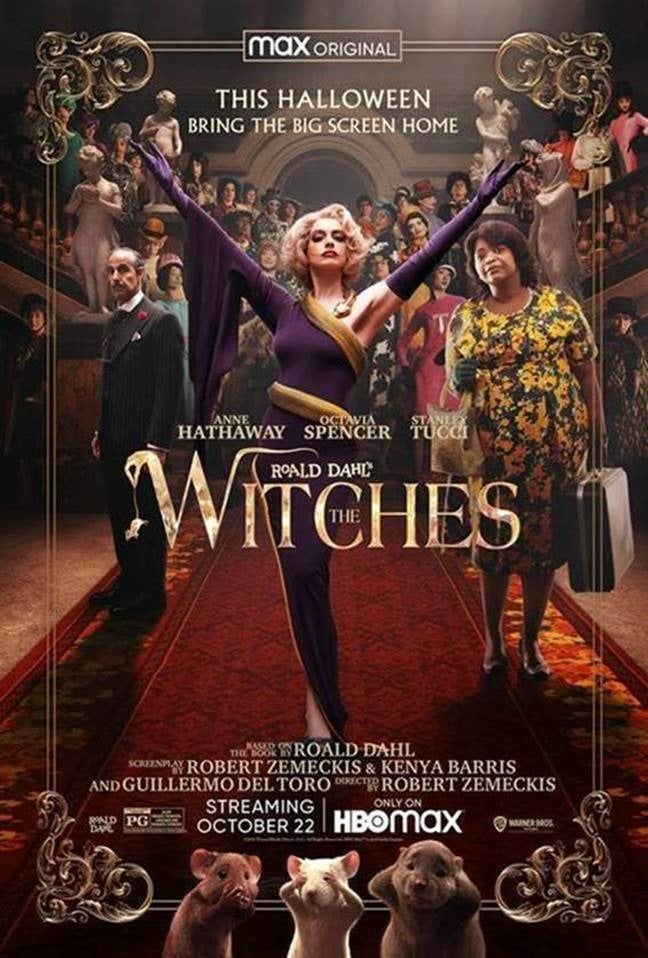 Disclosure: This post is in partnership with Warner Bros. Pictures. All opinions are 100% my own.

Have you seen The Witches movie?? The timing could not be more perfect for this movie!

The Witches is on HBO Max now, and it’s just in time for all of your Halloween celebrations!

This movie is based on “Roald Dahl’s The Witches” and brings comedy, adventure and has an amazing cast!

THE WITCHES – NOW ON HBO MAX

Reimagining Dahl’s beloved story for a modern audience, Zemeckis’s visually innovative film tells the darkly humorous and heartwarming tale of a young orphaned boy (Bruno) who, in late 1967, goes to live with his loving Grandma (Spencer) in the rural Alabama town of Demopolis.  As the boy and his grandmother encounter some deceptively glamorous but thoroughly diabolical witches, she wisely whisks our young hero away to an opulent seaside resort.  Regrettably, they arrive at precisely the same time that the world’s Grand High Witch (Hathaway) has gathered her fellow cronies from around the globe—undercover—to carry out her nefarious plans.

We are always up for good fun family entertainment and this movie The Witches is a welcome addition to our October movie lineup! 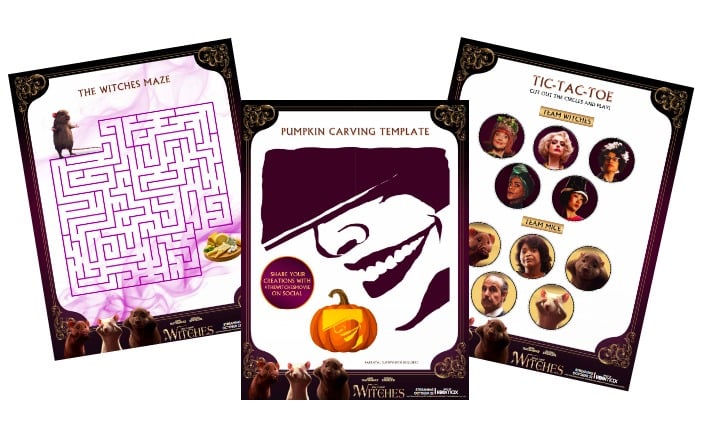 Print Out These FREE The Witches Activity Sheets

Along with enjoying this fun movie, fans can also print out there FREE The Witches Activity printables – so much fun including word search, paper dolls, pumpkin decorating templates and more! Go here to print out The Witches FREE Activity Pack Printables and Coloring Sheets

Wondering what this movie is all about? Watch The Witches official trailer and you’ll get a peek at why everyone is so excited about this movie: 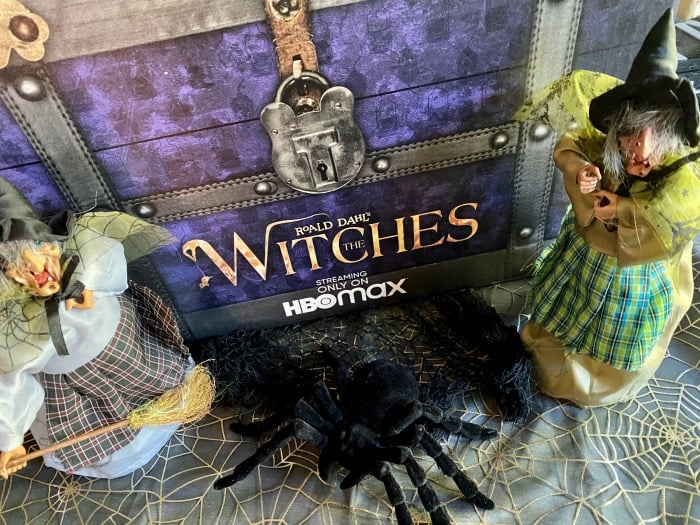 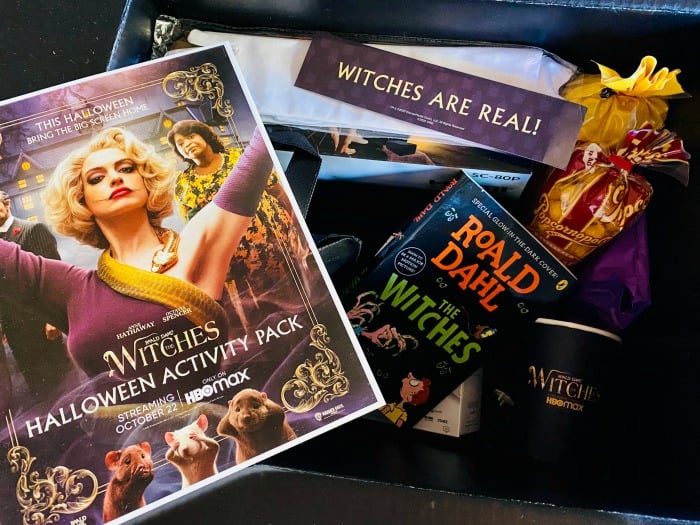 One lucky She Saved reader (US only) will win a The Witches Movie Prize Package which will include one of each of the following:

I will leave this giveaway open through November 1st, 2020 at midnight (mnt time) … once closed, I will select one winner who will have 48 hours to respond to claim their prize! GOOD LUCK!! 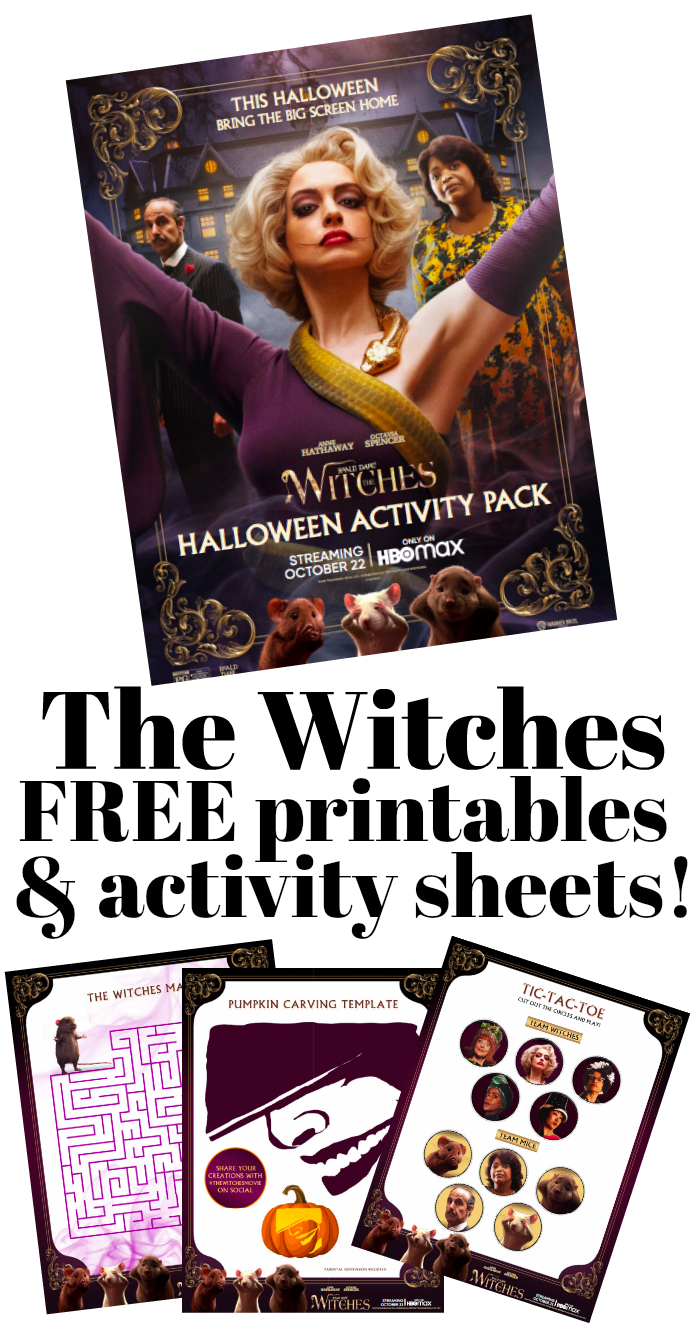 Keep up with The Witches on Social Media

Still can’t get enough of The Witches? Check out The Witches on the HBO Max website!