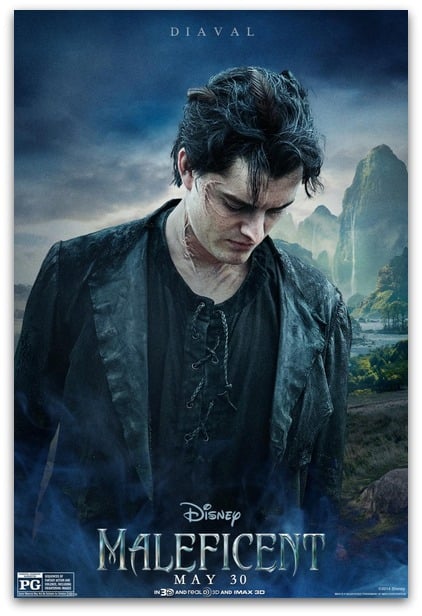 Maleficent is rated PG and is in theaters now!!

If you haven’t seen Maleficent yet… I hope that you get to see it soon, it’s such a great film. Two weeks ago,  I traveled to LA to attend a press junket with 24 other bloggers for the film Maleficent. This included a press screening of the film, and a sit down interview with several cast members from Maleficent.

Sam Riley plays Diaval, the loyal (and only) companion to Maleficent. I adore the relationship between the two of them in this film. It is a very charming relationship with a lot of depth to it. They compliment each other nicely with humor and sarcasm, but they also have an amazingly strong bond between them.

I had seen Maleficent the night before interviewing Sam, but I have also seen it a second time since interviewing Sam and I have to tell you that I was so moved by his character the second time that I saw the film because I could really appreciate how much talent went into his character and I was genuinely so happy for him just knowing how much life he gives to Diaval. I can’t think of a more perfect actor for this part.

Sam was very fun to interview. He is very charming with a darling accent. He was clearly excited about his part in the film, although he hadn’t even yet seen the finished product! He uses quite a bit of humor and adorable sarcasm in his answers, which I hope you are able to detect …here’s what he had to say about this film: 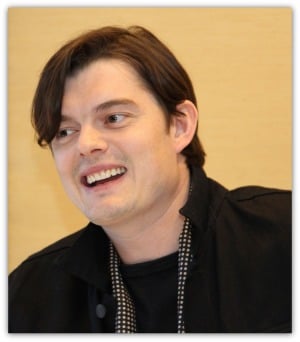 Q:What was it like to work on a new but yet very old story?

“I thought the way they did this was really interesting because, what would make a woman or a sorceress curse a little baby? ” ~ Sam Riley

SR: Oh it was, it was really exciting.  Most of my films are sort of independent-type cinema that not many people go and watch, but they’re all great, obviously.  This script was really great.  I loved it and the lady who wrote it had written the Lion King as well and lots of other lovely Disney movies.  I thought the way they did this was really interesting because, what would make a woman or a sorceress curse a little baby? And the fact that Angelina, obviously, was going to play Maleficent was very exciting.

Q:Was there any research that you had to do to figure out how to get into your character?

“Under no circumstances do I ever want to see myself running around a room on YouTube going SQUAWK.” ~ Sam Riley

SR: Well I watched the old cartoon and things but (the raven) doesn’t really do very much in that.  The raven always looks half asleep so they organized it so that I could see a real raven into a room about this big.  I’d never seen a real raven before.  I thought they were like crows but it’s big and it could do tricks and stuff, which is pretty scary.  I mean, when it gets its wings out it’s as long as the table or something.  You know, really huge.  And they’re very intelligent and they’re kind of vain as well which I thought was funny.  But I just watched this raven in a room for awhile to see if anything would, like, rub off on me and, that I could steal something from it while I’m the man part of the thing.  And there was a really nice lady who helped me as a movement coach. And we tried to copy bits of his movements.  And by the end of the session I was actually running around the room flapping my wings.

It was horrific. She was, like, “We should film this.”  So I was, like, “Under no circumstances do I ever want to see myself running around a room on YouTube going SQUAWK.”  It was awful.  But she said it would help because once you’ve done something really silly it makes you more relaxed, you know.  I should have done it before coming in here actually. 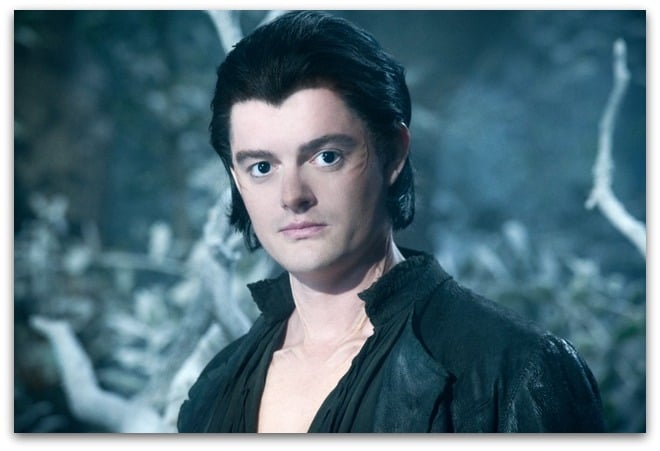 Q:How much hair and makeup did you have to go through every day?

SR: It was about three and half, four hours. But I can’t really complain because there were other people that had been in there since three o’clock in the morning. So the ladies and guys that were putting all this stuff on, they probably work the hardest because they have to be there at that time and then the whole day they have to make sure things aren’t falling off.  I’m a really good sleeper. I managed to be able to lie down in the chair and while people were gluing things to my face I could actually sleep through it which is pretty impressive.  Until one morning when they turned the seat back up and realized they stuck my nose on the wrong way, it was sticking up.  So they wouldn’t let me do it anymore after that.

Q:What’s your most memorable scene?

SR: The first one really because I was really nervous.  I’d never seen Angelina in the full costume.  They had this amazing set there and she was already stood there so I was worried that I’d been keeping her waiting or something which wasn’t a good start. She had her back to me and it was all lit amazingly and then when she turned around with the cheekbones and everything and the contact lenses.  When you look at her in that stuff it kind of looks — natural is maybe not the right word but it fits, you know.  You don’t think it looks fake or something.  In fact I only really saw her in costume for like the first four weeks of the shooting.  So it was strange to see her in her normal clothes afterwards.

Q:Did you get to improvise much?

SR: A little bit, sometimes.  I mean, the script was so great so you didn’t really feel like you were forcing things. Sometimes with lines or something it doesn’t feel very natural to say them.  But this time it was really great.  But there were fun little things that — does she turn me into a squirrel at all? (Remember – he hadn’t yet seen the finished film!)  She was always teasing me that she was gonna turn me into a squirrel. Wouldn’t it be funny if I turned into a worm or something like that?  So, no, it was very easy.  There was a bit of improvisation but it, it was just the kind of re- relaxed environment.

This was SUCH a fun interview and I really think that we will see Sam Riley in many great roles in the future, he was fantastic in Maleficent and really contributed greatly to the overall awesomeness of this film.

Remember, Maleficent is rated PG and is in theaters now!! 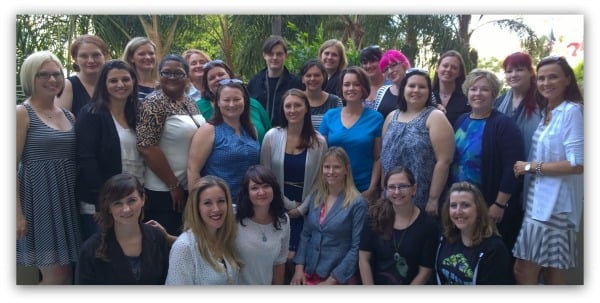