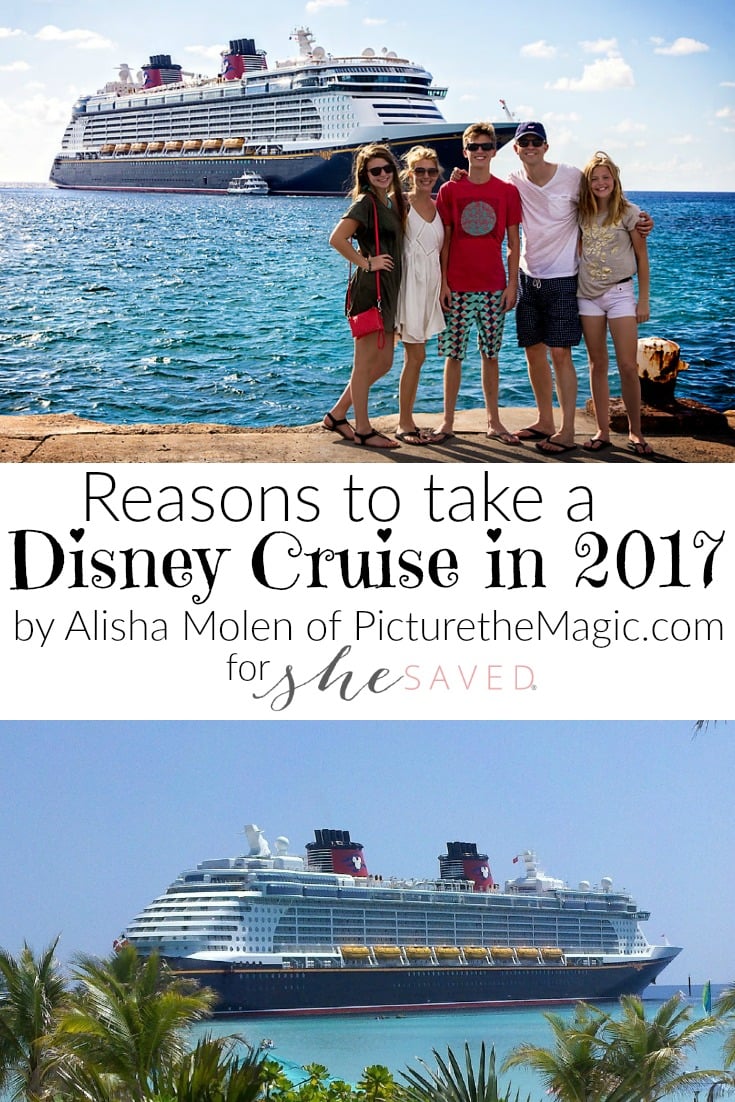 Note From Keri Lyn ~ You all know how much I love Disney, so I’m really excited to share with you this wonderful guest post from my friend Alisha Molen who not only loves Disney but is pretty well versed in the world of Disney cruising. In today’s guest post she shares some wonderful reasons to take a Disney Cruise in 2017!

Perhaps you’ve been considering a Disney Cruise family vacation in 2017? I don’t blame you!

I sing it loud and clear to everyone that will listen: Disney Cruise is the best vacation experience for families. And the cruise line has added some fresh magical elements for 2017.

Here are a few of the new wonders that Disney Cruises will share with us this year.

What happens at a Star Wars Day:

Note, this isn’t on every cruise. In 2017, the Star Wars Day at Sea is available on select Caribbean sailings from January thru April.

For the first time ever, select sailings of the Disney Magic cruise ship will feature a day devoted to everyone’s favorite superheros. The Marvel Day at Sea will take place on select sailings in October and November this year and January-April in 2018.

What happens at a Marvel Day at Sea:

The new musical debuted for the first time in late 2016, but is now the anchor performance for all sailings of the Disney Wonder ship. The Walt Disney Theatre on board seats 977 and the stage is set up to accommodate Broadway-level performances.

The popular songs “For the First Time in Forever” and “Love is an Open Door” are expanded into gorgeous ensemble performances, and “In Summer” and “Fixer Upper” are converted into lavish production numbers.

This year will mark the first time that Disney is cruising to:

Also, they introduced some longer cruises to the south Caribbean. Here’s what’s new: 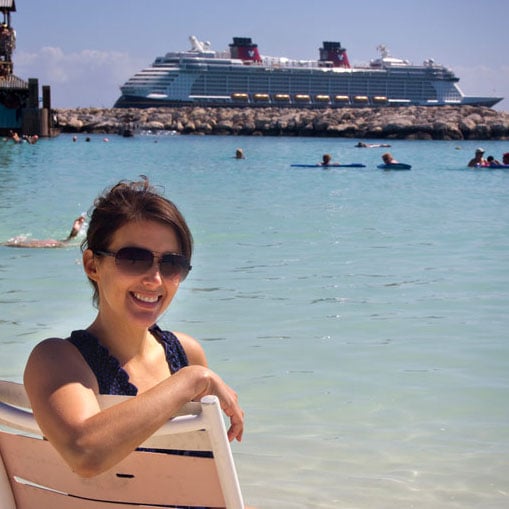 Disney Cruise expert Alisha Molen is obsessive about helping people discover all the secrets that will make their Disney dream vacations even more magical. She recently produced the largest list of Disney Cruise tips on the planet. She lives in Arizona with her husband Matt and her three kids.

Her site is PicturetheMagic.com and you can also find her on Pinterest.

« Ham and Cheese Bites Recipe
Breakfast Recipes You Will LOVE »