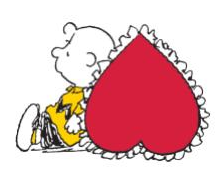 *Disclosure: I am a Peanut’s Brand Ambassador and I did receive this same gift package in exchange for sharing this giveaway. These opinions are my own and were in no way influenced by another person.

Every Valentine’s Day millions of fans around the world find a variety of ways to share their love of the Peanuts gang. In fact, the very first “real” Valentine’s Day card that I received from a boy was a Charlie Brown card. I always think of Snoopy and the gang when I think of Valentine’s Day because he was so popular when I was a kid and we always used to watch the Valentine’s Day special on television.

Poor Charlie Brown! He was always trying to win the affection of “the little red-haired girl” and I used to love to watch, hoping that one day she would return his affections.

In real life, the Little Red-Haired Girl was a co-worker of Schulz’ named Donna Johnson Wold. Wold and Schulz eventually became romantically involved and dated for three years, but in 1950 when Schulz proposed to her, she turned him down, saying she was already engaged. Schulz was devastated, but he and Donna remained friends for the rest of his life.

Love on the Air

Did you know that there are two Peanuts Gang primetime TV specials devoted to Valentine’s Day? 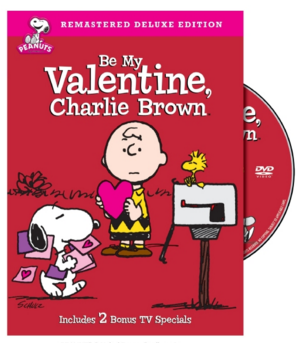 The first one, Be My Valentine, Charlie Brown, is the 13th special based upon the popular comic strip. It originally aired on CBS on January 28, 1975 and now airs every year on ABC.

In this special, the whole gang experiences holiday heartbreak: Lucy tries to get Schroeder to like her. Sally, thinking that Linus gave her a gift, tries to get him something great so that he will love her. Linus tries to tell his teacher, Miss Othmar, that he loves her. Charlie Brown desperately wants to receive a valentine. In the end, everybody is disappointed. Charlie Brown is finally cheered up when he gets a used valentine from Violet the next day, hoping that her pity valentine will start a trend and he will get even more valentines the following year.

After this episode was originally aired, children all over America sent valentines to Charlie Brown out of sympathy. 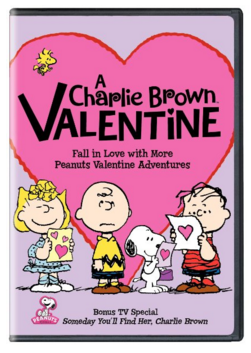 A Charlie Brown Valentine was the first Peanuts special to be produced after Charles Schulz’ death, as well as the first without Schulz on the production team.

This year A Charlie Brown Valentine will air on FRIDAY, FEBRUARY 12 (8pm est) on ABC! 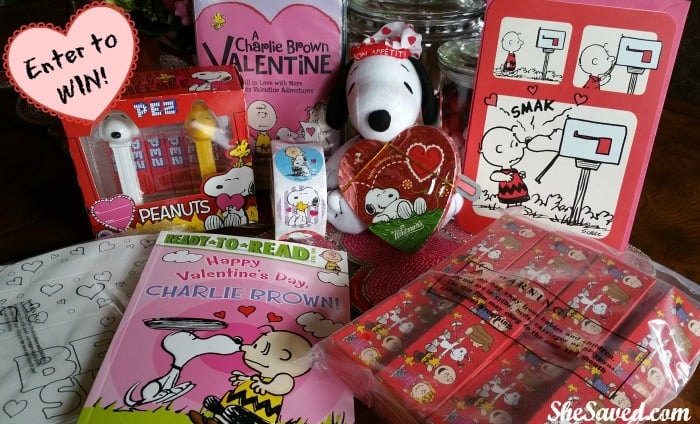 The Giveaway: And now for the VERY best part… I’ve teamed up with SeeMomClick and TWO lucky readers (US Only please and sorry) will win a fun Snoopy Prize package like the one shown above, including:

I will leave this giveaway open until Monday, February 8th, 2016 … once closed, I will select one winner who will have 48 hours to contact me to claim their prize! GOOD LUCK!!