Have you seen the movie YESTERDAY yet? It hits Blu-ray in a few days (September 24th!) so be on the lookout for it! I’m so excited to have partnered with the folks from Universal Pictures Home Entertainment to bring this information to you and also share a giveaway for this movie, details on the giveaway below. Be sure to enter!

This movie is already out on digital, in case you want to see it now.

I think Yesterday is a movie for all people, and I love this clip (from the bonus feature, “A Talented Duo”) where director Danny Boyle talks about the joys of working on a romantic comedy with writer and producer Richard Curtis in Yesterday.

Jack Malik was just another struggling songwriter… but that was yesterday. After a mysterious blackout, Jack (Himesh Patel) discovers he is the only person on earth who remembers The Beatles! As he rockets to fame by passing off the Fab Four’s songs as his own, Jack risks losing Ellie (Lily James) – the one person who has loved him and believed in him from the start. Before the door to his old life closes forever, Jack must decide if all he needs is love, after all. Kate McKinnon and Ed Sheeran also star in this romantic rock ‘n’ roll comedy from Academy Award-winning director Danny Boyle and Academy Award-nominated screenwriter Richard Curtis.

Another thing that I LOVE about the Blu-ray is the amazing amount of special features. Fans will get SO many extras with this one! 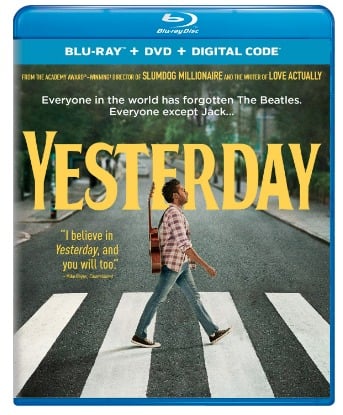 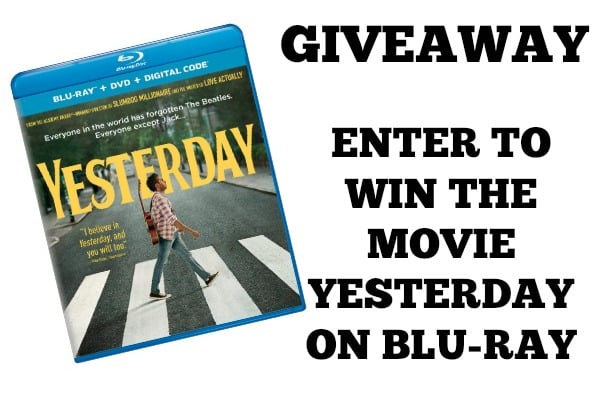 Win a Copy of Yesterday Movie

I’m so excited to be able to offer a She Saved giveaway for a copy of this Blu-ray. One lucky She Saved reader! (US only) will a Blu-ray copy of Yesterday.

I will leave this giveaway open through September 30th (mnt time) … once closed, I will select one winner who will have 48 hours to contact me to claim their prize! GOOD LUCK!!