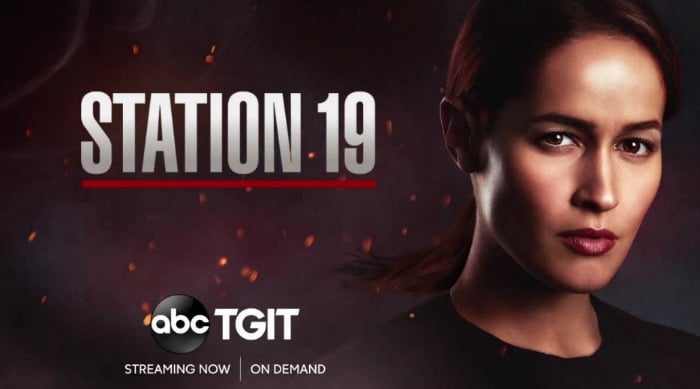 Grey’s Anatomy fans…this one is for you! While in LA last week, I had the amazing opportunity to not only visit the set of the NEW ABC Grey’s Anatomy spinoff series Station 19, but I also got to attend a special sit down Q&A session with Showrunner & Executive Producer Stacy McKee, actress Jaina Lee Ortiz (“Andy Herrera”) and actor Boris Kodjoe (“Captain Robert Sullivan”). 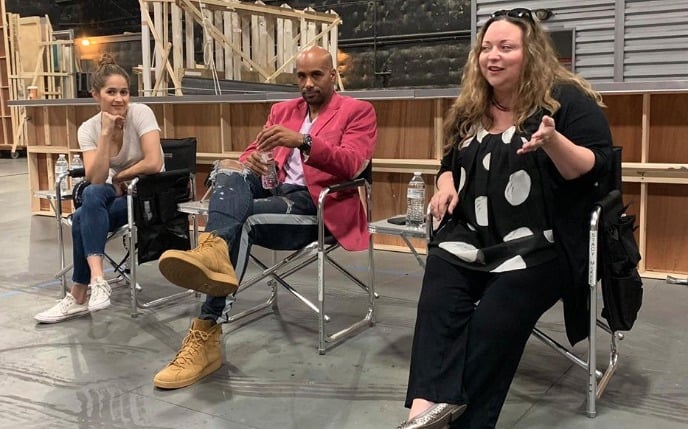 As you can imagine, as a Grey’s Anatomy spinoff, the expectations are high for this series. In a country where we have so much love and respect for our first responders and those stepping up as helpers in times of need, this show is so timely and offers so much perspective and depth into what goes on behind the scenes. And none of that is accidental we learned, as Executive Producer Stacy McKee shared with us a bit of history into how the show came to be and just what it’s about:

I wrote on “Grey’s Anatomy” for 500 million years. I started on Season One and moved up the ranks and finished there on Season 13 in order to come over here and create a spinoff about firefighters, which is kind of amazing. And it seems like a really natural sort of extension of the Grey’s universe because it still involves medicine and in the background of all the Grey’s episodes. You see all of the first responders scootching into the breezeway, dropping off patients and then you know, really quickly we dispense with them and get them out of the scene so we could focus on the surgeon. 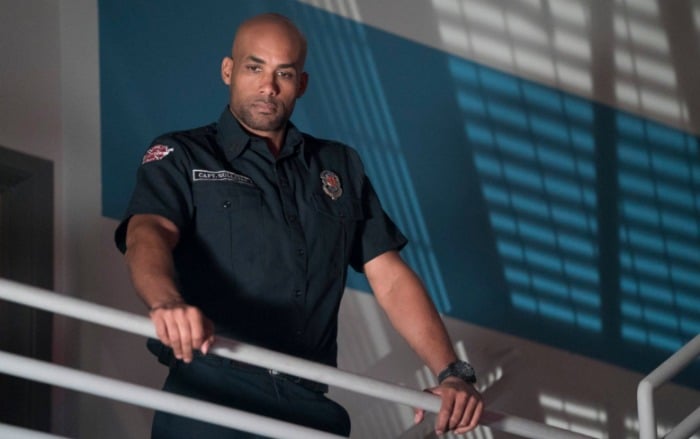 But what about if we got back in the ambulance and drove away with them and then started to see what their life was like? What if there was a fire station, 3 blocks down from this hospital that we’ve been seeing for 13 years and they have a whole life that’s been going on this whole time too. What if we just shine a light over there so that was really sort of the beginning gestation of the idea and it’s just also just something really appealing to me. You know Grey’s, you know what it’s like, it makes you laugh, it makes you cry, it makes you like Mm, feel things and it was really appealing to me to show those same types of emotions, and the same type of humor but to do it in a world of first responders. 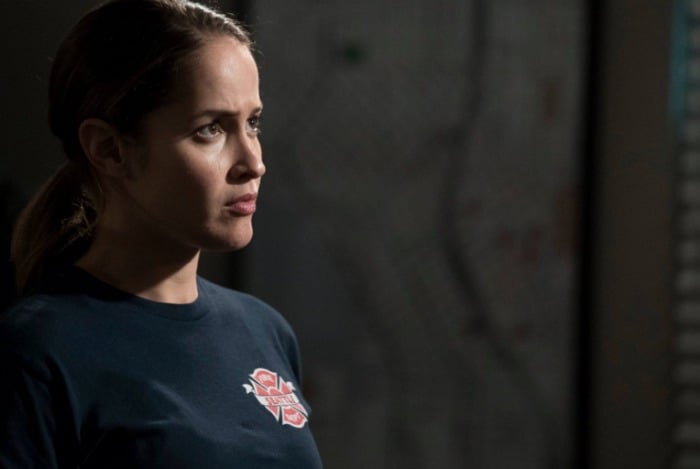 Especially right now, this day and age, I feel like the world can be tough. There’s a lot of difficulty when you wake up every morning, you open up your news, there’s stuff that’s hard. And to focus on a group of people whose only job is to help other people. Doesn’t matter who you are, doesn’t matter what color you are, what your religion is, doesn’t matter what your politics are. It doesn’t matter. All that matters is that if you are a person who needs help, these characters will help you. And to me, that was just remarkable. I wanted to put that little piece of joy out into the world. It’s so unifying and universal. And it seems like this was the right moment to tell stories like these. 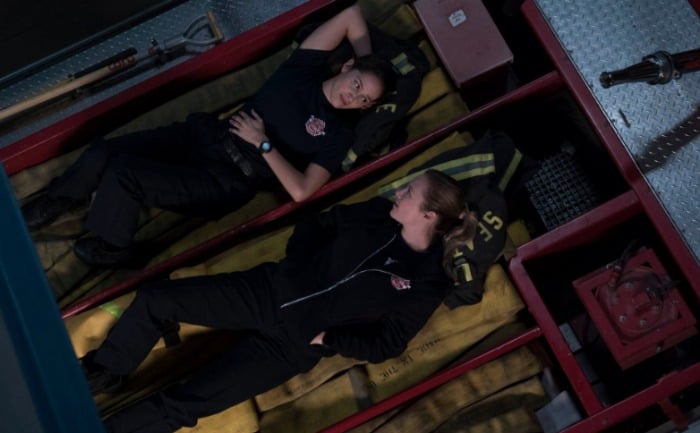 Clearly some insane talent here, Stacy McKee is a boss! Working with her was obviously something that both Jaina and Boris are excited about, and he shared with us his genuine love for being a part of this show (and it almost made me tear up!):

I love writers and I love great writers and to sort of put myself in the hands of someone like Stacy is an absolute pleasure and honor really, because you know that every single episode, where you don’t think it can get any better and then you open a script and then the script is better than the script that you read before, and that’s always an amazing surprise and it’s so much fun to go to work because not only do you get to speak these words but also work with people like Jaina and people who have been so embracing of me.

And this is such a great atmosphere and (to Stacy) that speaks to what you bring to this universe because it starts at the top and then it sort of trickles down all the way to everybody else and I’ve been part of sets where it wasn’t the case where there was a lot of negativity and people just not happy to be there and this is just a pleasure to be a part of, every single day. 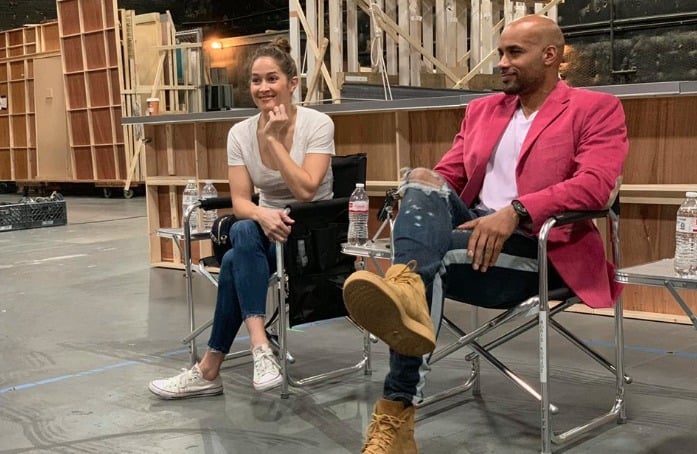 Seeing the interaction between Jaina Lee Ortiz and Boris Kodjoe was really neat too … they clearly have a lot of respect for each other, and there is no shortage of fun on the set either. When asked about being the new kid on the show, he was quick to poke fun:

Yes one of my co-stars has been a little difficult (turning to Jaina) but yeah, I’ve been getting help in trying to understand her and how to deal with her, neuroses and stuff but other than that, it’s been all right.

See this little smirk? How fantastic is this: 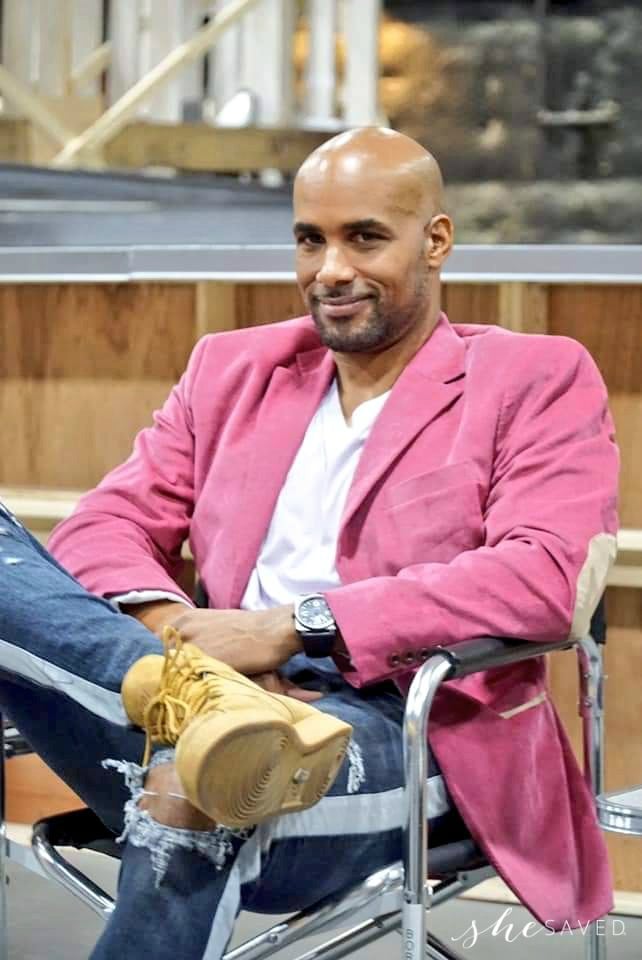 But don’t worry, Jaina is no push over. She jumped right back in by telling him it was all ego. That was hilarious. 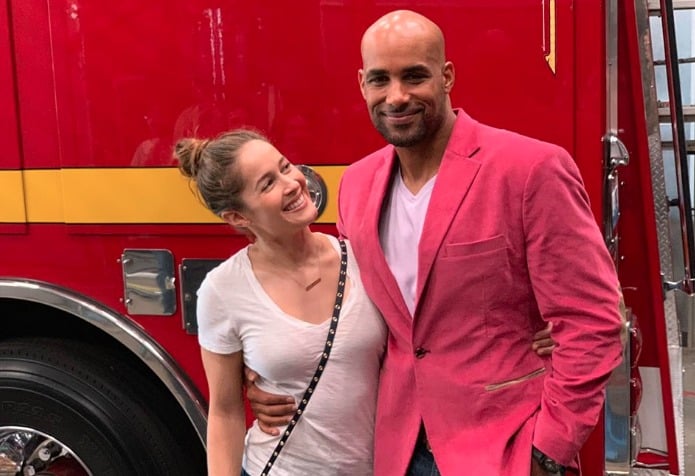 And of course, while they have a lot of fun on the set, the fact of the matter is that the content is often quite serious and heart wrenching and based on real life situations. Boris shared with us just how they bring that all to life in a believable format:

I mean we, the writers as well as actors, you try to heighten the stakes as much as you can. Absolutely, we’ve been in situations that are similar and we’ve been in situations that we can associate with that apply to that moment and absolutely, that’s the goal. You want to feel it, you want to be authentic in that moment and sometimes you have to transport yourself back to when that happened. And it’s a challenge that not every actor embraces because it can be tough and painful and all of that because all of that stuff comes back up but I definitely look for it, absolutely.

And Jaina added in her thoughts in regards to working empathy into the retelling of these stories:

You have to have empathy I think because at some point in time, someone has gone through that same circumstance, that same situation and to kind of relive that experience, it’s terrifying but also invigorating in way…I enjoy that because our normal lives are just normal but when we have to play these characters and tell these stories, they are exciting and we get to transfer that. 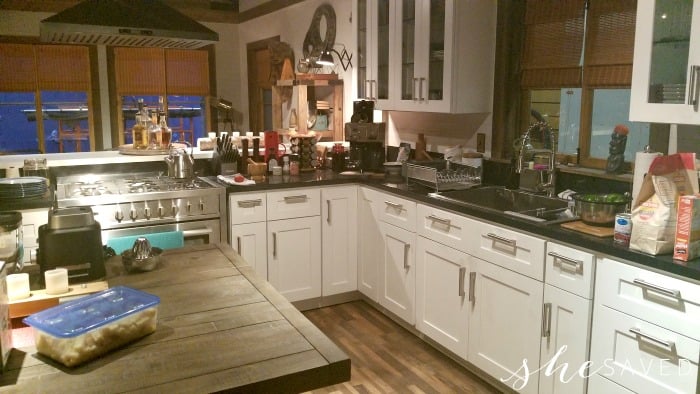 When you watch the show, things look amazingly real. Stacy shared with us just how they create the realistic and dramatic scenes:

Basically our main set is a fire station set, which is so cool. The interior of it is all on our stages. The exterior is all shot on location in Seattle.So when you see those exterior scenes, we went to Seattle, we shot all of those actually there on location. As for the incidents with the fires and stuff, it’s sort of a combination. We have both practical fire that we do a lot on our burn stage. We have a stage that we sort of dedicate to burning things up, but we also then supplement and add a lot of CG fire as well. So it’s both a combination of computer generated, really crazy fire and then some practical stuff that we can use that’s still safe for everybody to be around.

It was such an honor to spend time on this set with these wonderful people, thank you to Stacy, Jaina and Boris for sharing a bit of your day with us and giving us a peek into your Station 19 world. 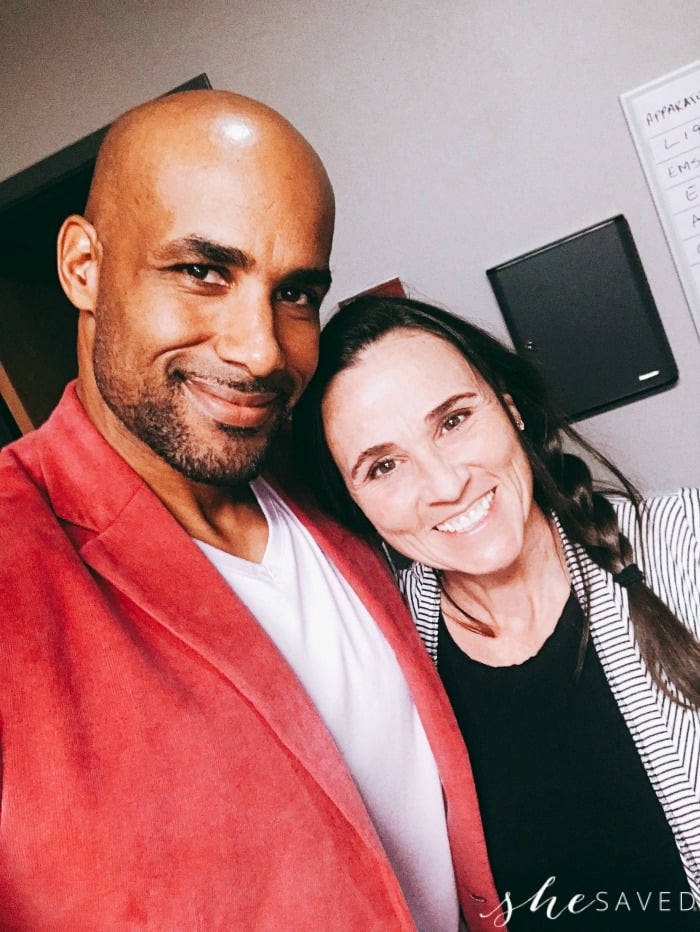 Want to MEET THE CAPTAIN? Here you go … a special featurette, just for you, you’re welcome 🙂

« Interview with Mackenzie Foy (Clara) from Disney’s THE NUTCRACKER AND THE FOUR REALMS!
Dance Pro LA: Dancing with The Stars Advice to Young Dancers is to Follow Your Dance Dreams »