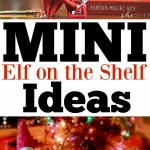 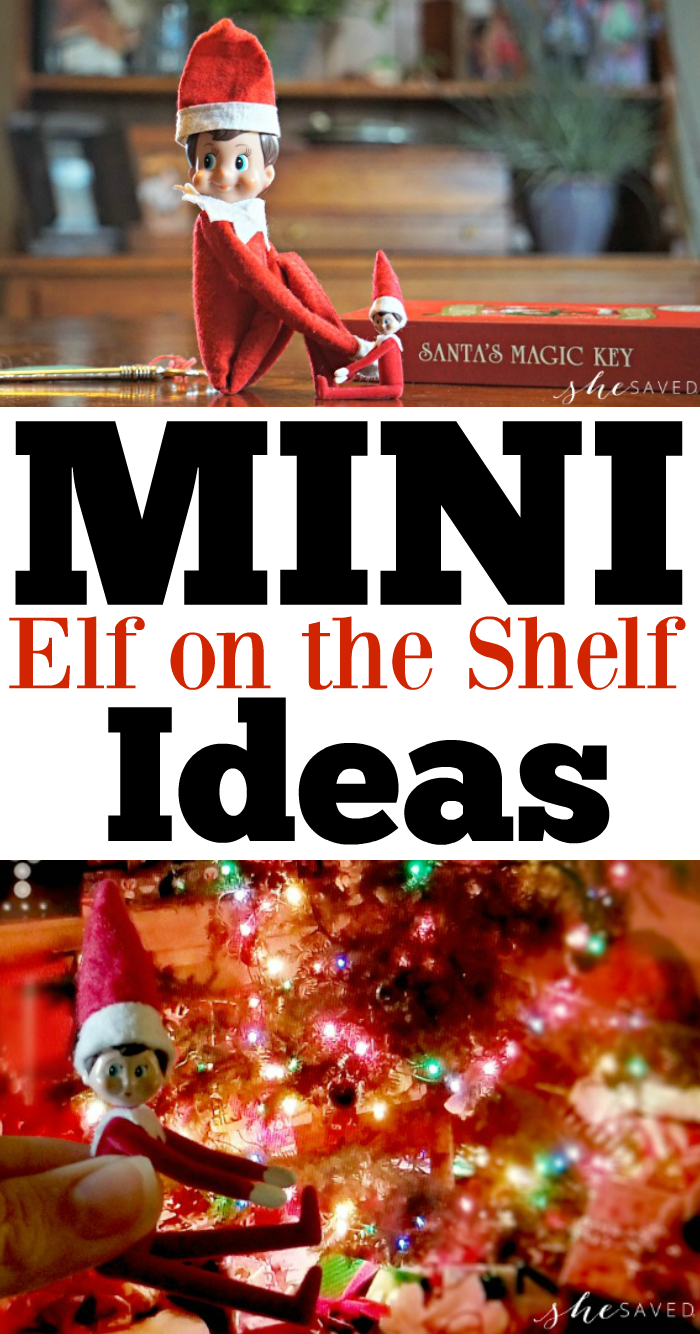 Mini Elf on the Shelf is NOW Available!

Ok frazzled (but committed) Elf on the Shelf parents.

My discovery of this new mini Elf on the Shelf might just be a complete Christmas season game changer.

Especially for those of us who may have gotten in over our heads with the whole Elf on the Shelf thing.

Meet the World’s Smallest Elf on the Shelf

You can find this tiny Elf on the Shelf on Amazon here. 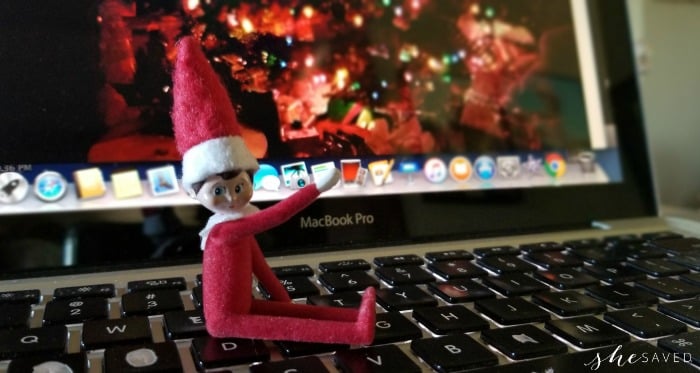 What’s so great about this tiny elf, you ask?

Well for starters, he’s tiny! Easy to hide, stick in your pocket … easy to stick just about anywhere!

And my favorite part about this tiny new elf is that he’s affordable! I’ll keep watching on deals too, but right now (at the time of this post) you can usually grab the World’s Smallest Elf on the Shelf for under $10 and that’s a LOT less than his bigger brother.

Original Elf on the Shelf fans will be excited to hear that his arms and leg are moveable and his head spins (in a good way) and my favorite part? His hat does NOT come off, which let’s face it, it a blessing in itself if you’ve ever had to spend any time at all hunting for a lost elf hat! 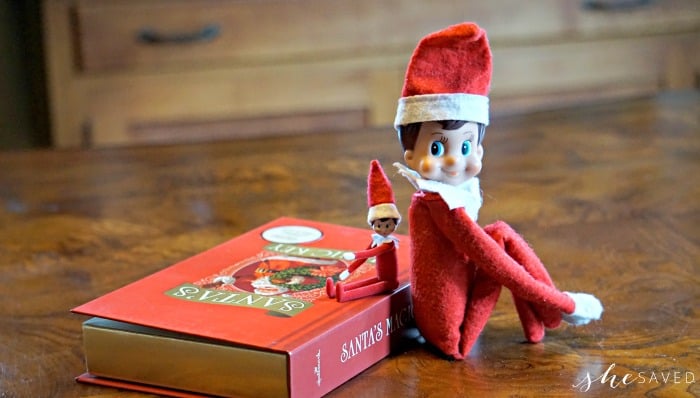 Where to purchase the World’s Smallest Elf on the Shelf?

We haven’t spotted this little guy in stores yet, but you can grab this mini elf on a shelf right now on Amazon.

As I mentioned above, the price point is fantastic and might even entice you to grab a few of these little guys. 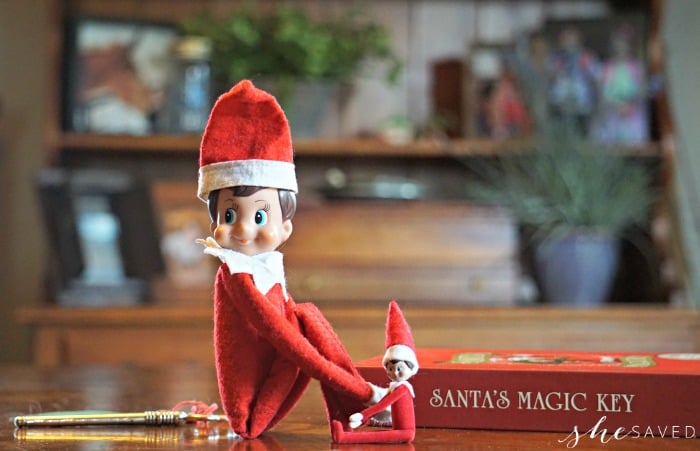 And WHY do I think this Mini Elf on the Shelf is a total GAME CHANGER?

As much as I love the whole magic that our little Elf friend brings, I’ve at times found myself a bit stressed over the creative process when it comes to Elf-ish ideas.

As soon as I got this tiny Elf on the Shelf in my hands, I knew things were about to get a whole lot easier.

First of all, this Mini Elf is going to be taking over at our house this holiday season.

After a few test runs with this new fella (see images below that I literally created AND photographed in less than ONE HALF HOUR!!) I’m quickly seeing just how fun things can be. Here are a few examples: 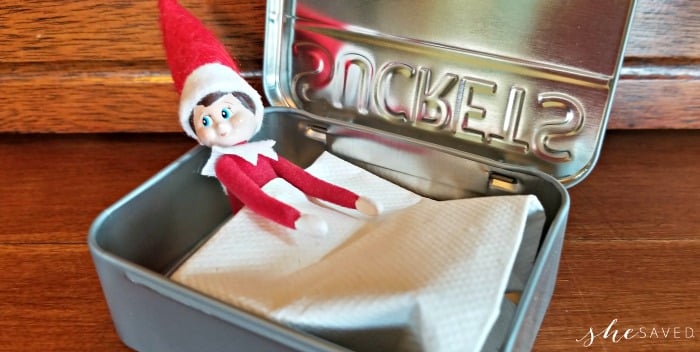 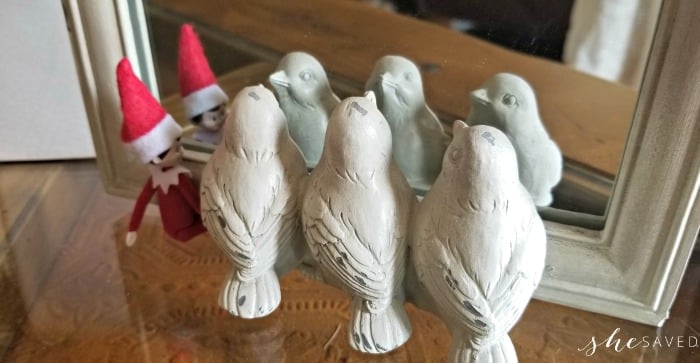 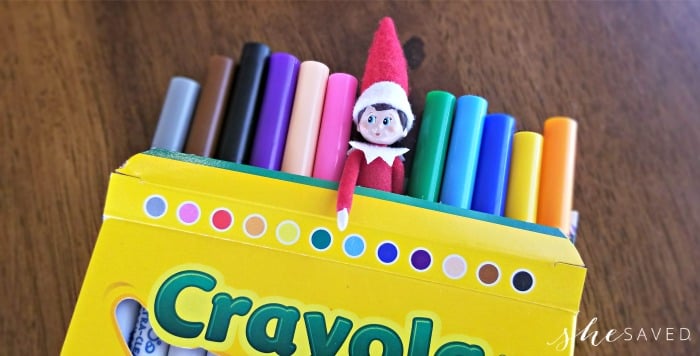 About the World’s Smallest Elf on the Shelf 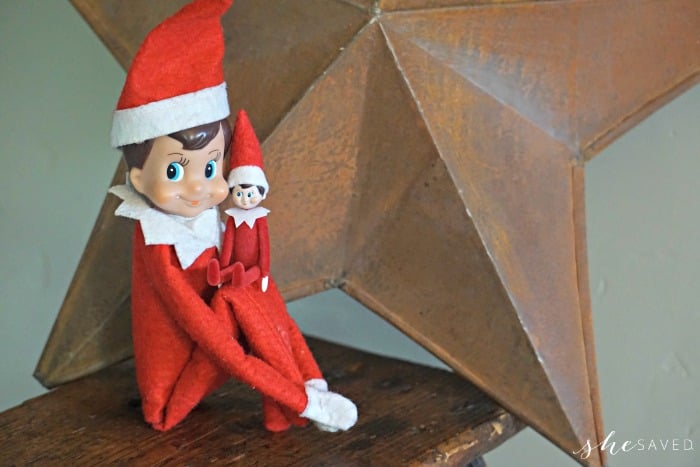 Ways to Use the World’s Smallest Elf on the Shelf

The possibilities with this guy are endless and I’m not kidding one bit when I tell you that it took longer for me to upload and select these images than it did for me to follow this little tiny elf around my house and photograph him.

I’m telling you what, this little guy is going to be all kinds of fun this holiday season. And who knows, maybe he and the Original Elf on the Shelf will take turns going back and forth to the North Pole. I’m actually thinking our Elf Jingles will appreciate the extra help and a break from his usual work load.

And, if you haven’t yet introduced a Santa Key, those are another fun Elf tradition that we’ve enjoyed. Our Santa Key appears on our tree shortly after it goes up and then that key ends up with Santa’s cookie platter on Christmas Eve. If the key disappears off the tree before then, that’s not a good sign. It also tends to appear and disappear in sync with our beloved elf. 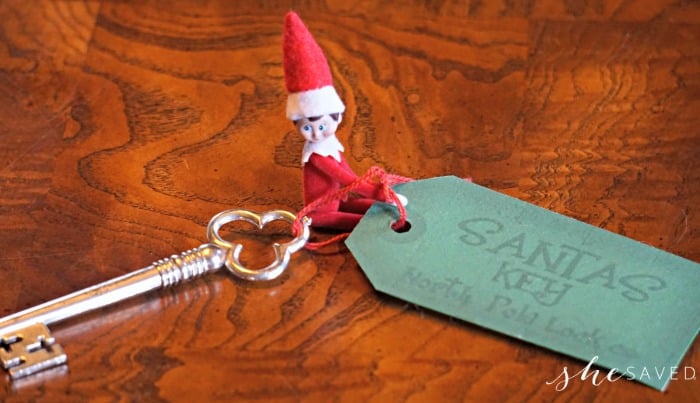 Listen, I’m all in on the whole Elf on the Shelf gig and while I’ve questioned my sanity many times in the process, it’s become a fun part of our holidays that I look forward to every year.

As my kids have gotten older, it’s been even funner to up the Elf excitement around here and our elf got into all kinds of crazy trouble last year, can’t wait to see what this season brings. 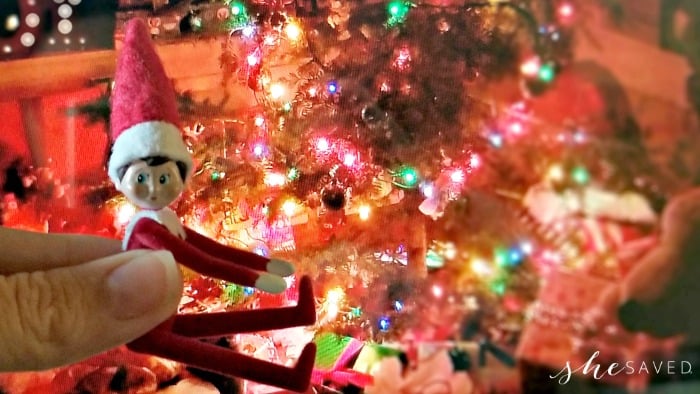 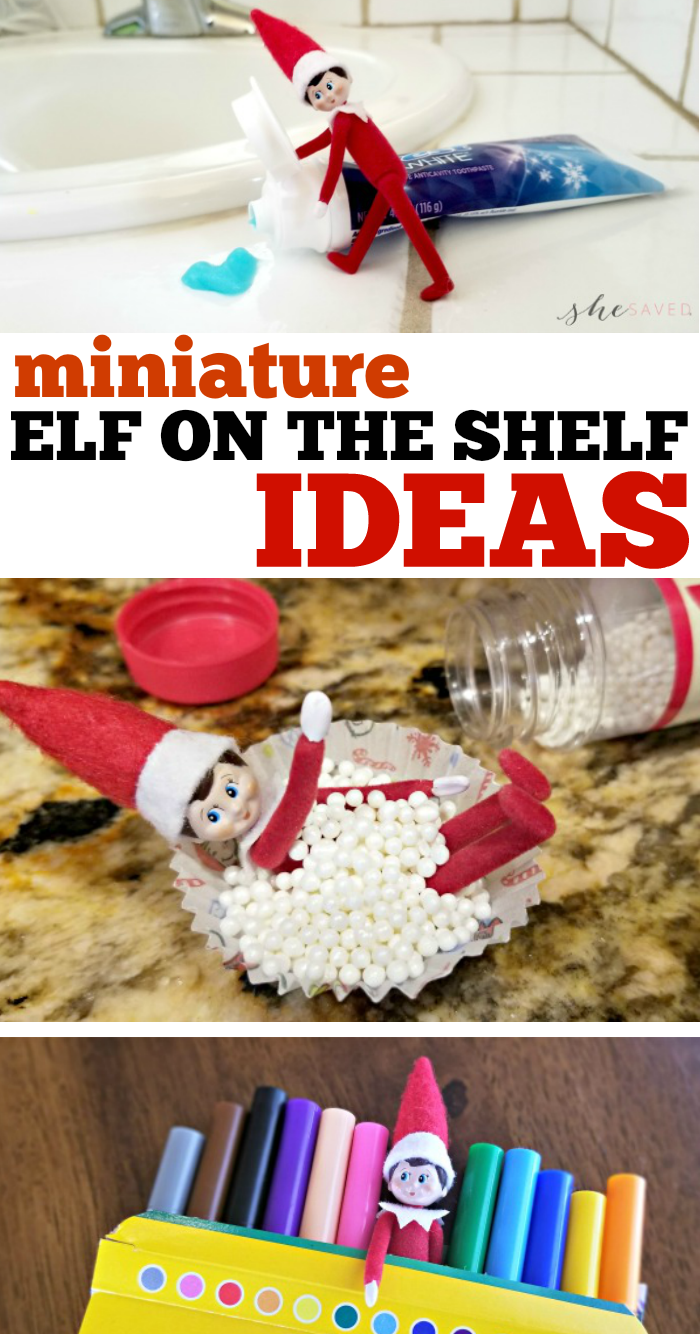