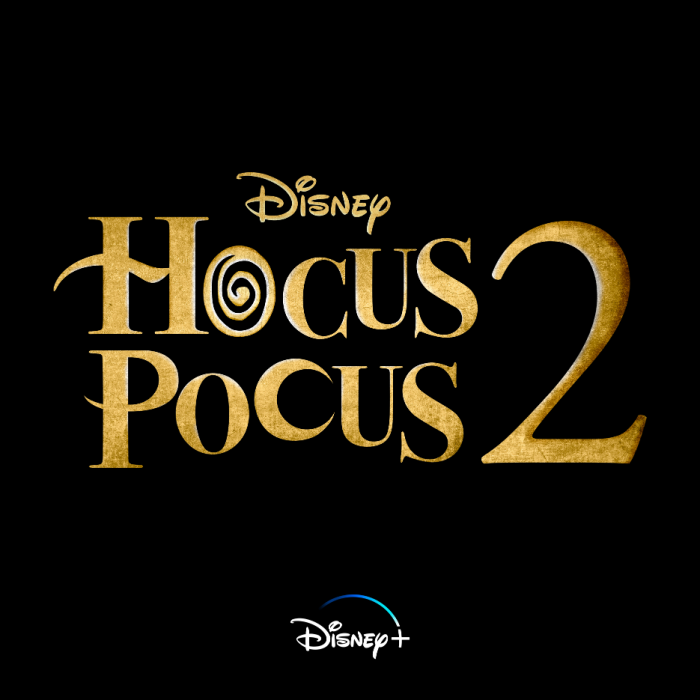 They’re back!! It’s all just Hocus Pocus and lots of excitement as we learned today that Bette Midler, Sarah Jessica Parker and Kathy Najimy will reprise their roles as the delightfully wicked Sanderson Sisters in the spooky sequel to Disney’s 1993 Halloween Cult Classic Hocus Pocus which will hit Disney Plus in 2022!

Added bonus: Right now you can score an entire year of Disney+ for just $79.99 per year!!

This live-action comedy called appropriately HOCUS POCUS 2 will be Directed by Anne Fletcher ( The Proposal and 27 Dresses ) and Executive Producer Adam Shankman ( Hairspray and The Wedding Planner ).

Has it really been almost THIRTY YEARS since we first met the Sanderson Sisters?

The Cast of Hocus Pocus 2

Singer/actress Bette Midler (The First Wives Club and Beaches ) returns as Winifred Sanderson, with Sarah Jessica Parker ( Sex and the City ) and Kathy Najimy ( Sister Act ) back as her sisters, Sarah and Mary, respectively. In “Hocus Pocus 2,” three young women accidentally bring the Sanderson Sisters back to modern day Salem and must figure out how to stop the child-hungry witches from wreaking a new kind of havoc on the world. 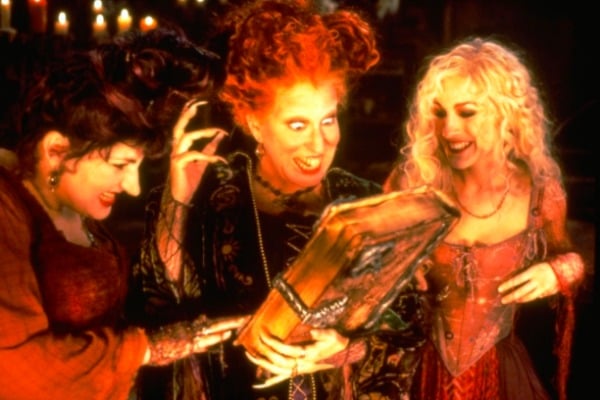 We were excited to learn in today’s Disney+ announcement that Hocus Pocus 2 will begin production this fall under the direction of Fletcher. Lynn Harris ( The Shallows ) will serve as producer. While Shankman is currently sidetracked with another project (the production / direction of “Disenchanted” for the studio) he will remain on this project as an executive producer along with Ralph Winter ( Adrift ) and David Kirschner ( Curse of Chucky ). Steven Haft ( Tigerland ) as co-producer.

The history with Fletcher and Shankman runs deep as they first met in 1990 when they were both dancers for the Academy Awards® broadcast. Hired on as his assistant choreographer, the pair has worked together on over 100 different jobs. Fletcher’s first directing gig was in 2006 on “Step Up,” which Shankman produced. A match made in heaven, we are excited to see how their talents come together for this long anticipated sequel of the original Hocus Pocus that is so well loved and it sounds like Shankman is more than confident in turning the reins over to Fletcher:

“As heartbroken as I am that I won’t be able to direct my friends Bette, Sarah Jessica and Kathy in what is sure to be nothing short of a major event for Disney+ due to scheduling conflicts, I couldn’t be more pleased to be handing over the reins to Anne, who has brought so much laughter and joy into people’s lives with her previous work,” says executive producer Adam Shankman. “I am still grateful and proud to help shepherd this ingenious project as executive producer alongside producer Lynn Harris, whom I have loved and admired as a colleague and friend since she helped get me the job choreographing ‘Boogie Nights.’”

People have been asking when Hocus Pocus 2 is being released so the press release announcement about the upcoming Hocus Pocus sequel on the Disney Plus streaming service (no release date yet – but we know it will be next year) had cult following fans going crazy for the news! The fact that original cast members would be returning in their iconic roles as the witchy Sanderson sisters had social media going wild!

After this last year, I think we are all looking forward to more of these modern-day Salem witches brings us more of the original movie that we all loved! Under the direction of Anne Fletcher this movie promises to bring us lots of laughs:

“Now more than ever, people need to laugh. We should be laughing every day, and there is so much fun to be had with these three unbelievable women playing delicious characters from such a beloved film,” says director Anne Fletcher. “I am so grateful to be able to play a part in bringing these witches back to life, and to be working with my friends at Disney again makes it all the more special. This is a movie for everyone, from the fans who grew up with the first film to the next generation of viewers, and I can’t wait to get started.”

When does Hocus Pocus 2 come out? So far all we know is that it will be sometime in 2022.

Anyone else wondering if this sequel to the classic film will be released during the Halloween season? Maybe even Halloween night? How spooktacular would that be? 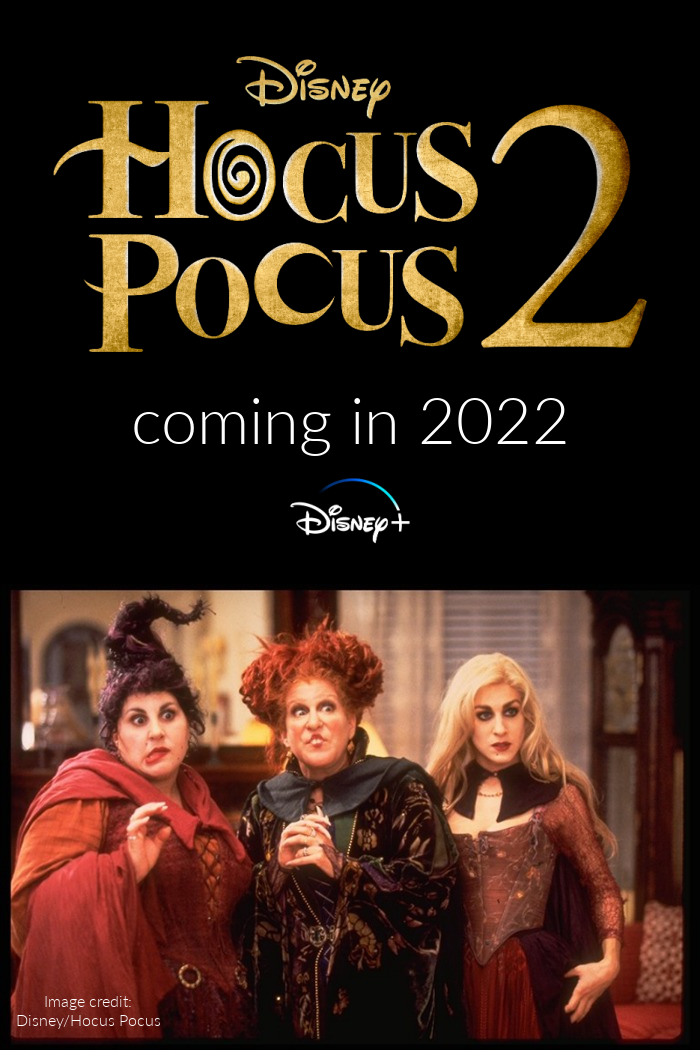 About Disney+ and How to Sign Up for Disney Plus

Disney+ is the dedicated streaming home for movies and shows from Disney, Pixar, Marvel, Star Wars, National Geographic, and more. As part of Disney’s Media & Entertainment Distribution segment, Disney+ is available on most internet-connected devices and offers commercial-free programming with a variety of original feature-length films, documentaries, live-action and animated series, and short-form content. Alongside unprecedented access to Disney’s incredible library of film and television entertainment, the service is also the exclusive streaming home for the latest releases from The Walt Disney Studios. Disney+ is available as part of a bundle offer that gives subscribers access to Disney+, Hulu, and ESPN+. Visit DisneyPlus.com to subscribe and/or learn more about the service. You will basically have two service options:

Disney Plus Bundle for $12.99 per month
Get your favorite movies, shows, and sports for one low price. There’s something for everyone. Disney+, Hulu, and ESPN+ for just $12.99/mo.

Make sure to check out our other entertainment updates, celebrity interviews and more! If you need to brush up on your Hocus Pocus knowledge, make sure to watch the original Hocus Pocus before the new one is released!