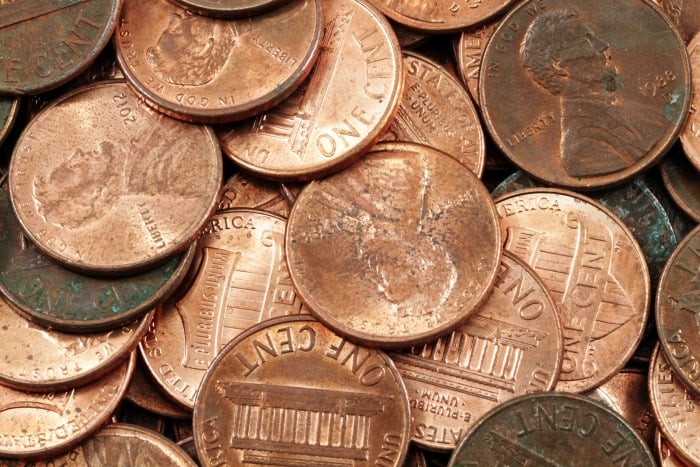 Find a penny, pick it up and not only will you have luck…you might win $1,000! We love to look for lucky pennies, but now you have another reason to keep your eyes open!
Online bank Ally has hidden 100 pennies that are each worth $1,000. They have hidden the pennies in plain sight in the following 10 cities: New York, Los Angeles, Washington, Chicago, Miami, Denver, San Diego, Detroit, Charlotte and Austin, Texas. I’m so sad that there are no pennies hidden in my town, but hoping that some of you will live in these cities and have the chance to find pennies!
They have been dropping hints and updating found penny counts over on their Ally Twitter page, so you might want to follow along there as well.

Hey, Denver #AllyLuckyPenny hunters! The hinted penny isn’t where we left it, but no one has redeemed it yet. Check your penny stashes!

Do you pick up pennies? We always do. I remember that when I was a kid my grandfather told me that a penny saved, is a penny earned and every since that day, I have never been able to pass up a penny. I love this contest not only because it is giving people the chance to win money, but maybe opening their eyes to seeing things around them. Who knows, maybe it will even be a fun break from electronics 🙂

They are even dropping hints! Follow along on their lucky penny hint page here to see the latest clues and even some fun penny facts. Did you realize that a spinning penny will land “tails up” 4 out of 5 times because “Heads” weighs slightly heavier? Well, according to their facts page, it’s true! Check out other fun penny packs, along with contest rules here.

Pick it up!! And then go to www.allyluckypenny.com and enter the code on the back of the penny. Visit their site for more details and happy penny hunting!