Annie Potts: The voice of Bo Peep in Toy Story 4

Today is the day!! Toy Story 4 in finally in theaters! I’ve been sharing my coverage of my time at the Toy Story 4 press event and my review of Toy Story 4 and I’m thrilled today to share with you one of my favorite assignments from this adventure. I loved every minute of my Annie Potts interview. Annie Potts is the voice of Bo Peep in Toy Story 4 (and all of the ones before it) and she’s just as unique and wonderful as her beautiful voice.

Disclosure: I was hosted by Disney for this press event. All opinions and character crushes are 100% my own.

You might recognize Annie Potts from other rolls such as her role as Mary Jo Jackson Shively on the sitcom Designing Women or you might even remember her as Iona in Pretty in Pink. (I personally loved Iona, such a great character!)

She’s just darling and her voice. I could honestly listen to her talk all day, she has the most beautiful voice. 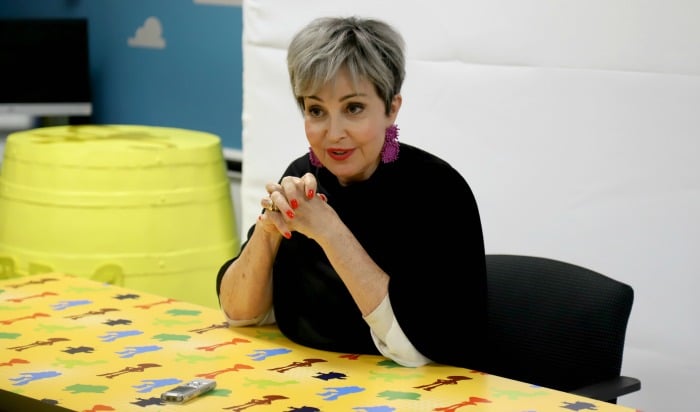 We had just come from the press junket where we interviewed the entire cast of Toy Story 4, so heading into this private interview with her was so special. We were able to go more into detail about her role in these films, and she shared with us more on her thoughts of playing Bo Peep. It’s so very clear that this character is very dear to her:

I have the privilege of presenting those qualities that are so admirable and inspiring and everything. She’s been knocked around quite a bit and she’s, you know, just kept on going and in a cheerful inventive way. I mean, this girl drives a Skunk Mobile. No one is going to screw with her. She’s figured out a way to make it happen. I mean, she’s, so yes, I think it’s fantastic for young women and young boys to see this. 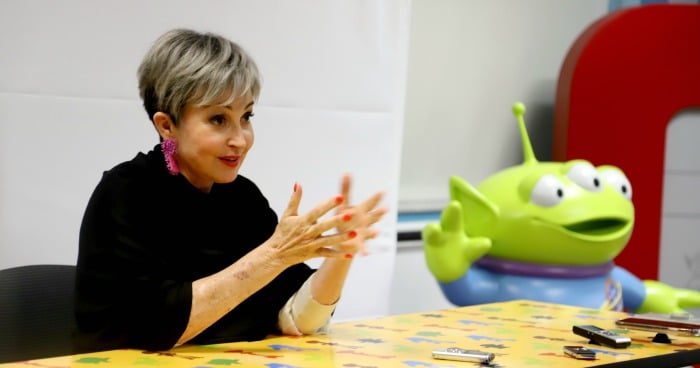 Once they got her off the base, all bets were off.

Pretty early on actually, I thought it was great. I mean, she’d had some limitations before being a lamp. Once they got her off the base, all bets were off. They did all these tests, seeing what porcelain looked like when it broke and filming that and then trying to recreate that with their computer magic and everything. I was very pleased. She’s very sassy, ripped off her skirt, uses it as a cape. Even though this isn’t a Superhero Movie, her super powers are her heart and her courage, you know.

And I think that’s the greatest super power of all.

Oh what all our best friends do to us. You know, the one you tell your troubles to, the one. I mean, it’s a metaphor for your bestie who’s always right there to hear the best and the worst of what’s going on with you. She’s adorable too, this Ally Maki who’s playing that. 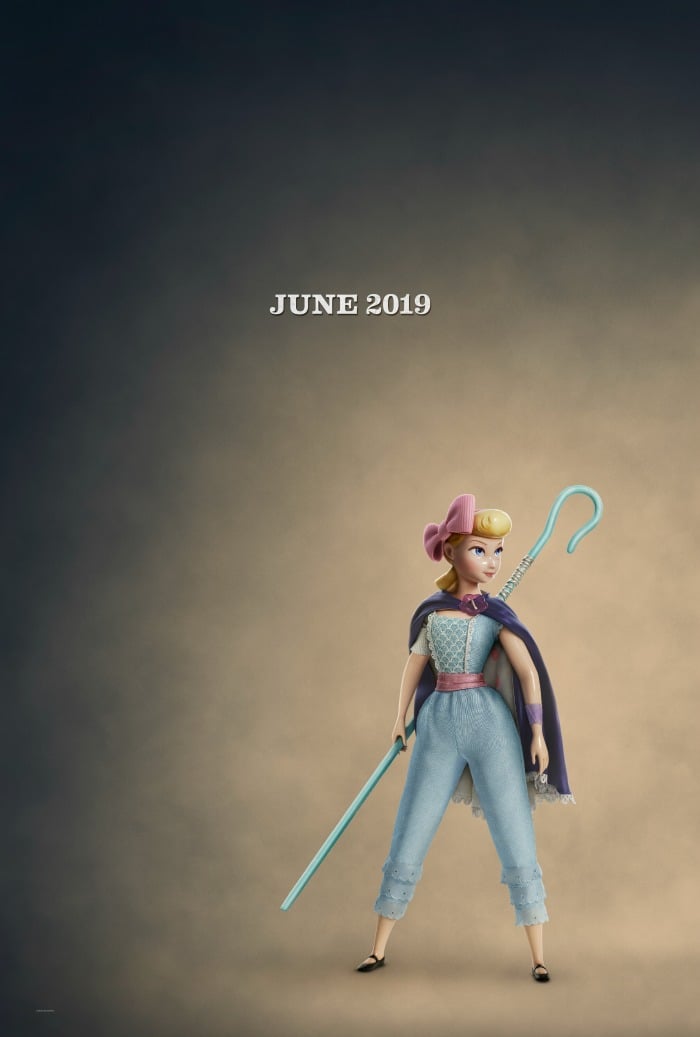 In the earlier press conference, Annie thanked Director Josh Cooley for the crown that he put on her head with this character. She elaborated on what she meant by that:

At the earlier screening, there was a little girl there who had on a Bo Peep outfit and I hadn’t seen one except on the thing that I have of Bo who walks around the park. But of course, it’s thrilling. I can hardly wait until Halloween and see all the little girls because she is, I think she’s very relatable. She’s feminine but nobody’s fool. And I think little girls are empowered by that and I think the world is moving that way and I think Bo gives it a nice shove in that direction.

Annie Potts is nobody’s fool either…

And to think, it all began 25 years ago with the original Toy Story movie. I asked Annie what her life looked like back then when she first became the voice of Bo Peep, in comparison to where she is now:

25 years ago? Where was I? Well I was, I had a little one and was about to, I was about to give birth at the premiere of the first one. So I clock everything by my children. So I was saying hello to a lot of new people at that time. And of course now they’re grownups and you know, a lot of stuff has happened with them always in the foreground. My oldest son is now married and I think they’ll be starting a family soon and it makes me feel so good to think that in the not too distant future, maybe my granddaughter will be holding a doll whose string she can always pull and my voice will be there with her.

I’m so stoked about that. Josh sent me a picture not long ago. He had worked late and he came home and his daughter was already asleep. But there was a night light in her room and she had her old blankie with her, the tattered thing, and then Bo Peep under the other arm. And that just thrilled me to think that, especially with the old thing in place there, she was hanging onto that but she found something new and she’s so strong and positive, Bo, I think that’s really good.

What a true treat to spend time and interview such a special lady. I’ve always love Bo Peep but now, after meeting the voice of Bo Peep, Annie Potts, I’m so thrilled that Bo is off that base and out doing such courage things that will be so inspiring to girls for generations to come! 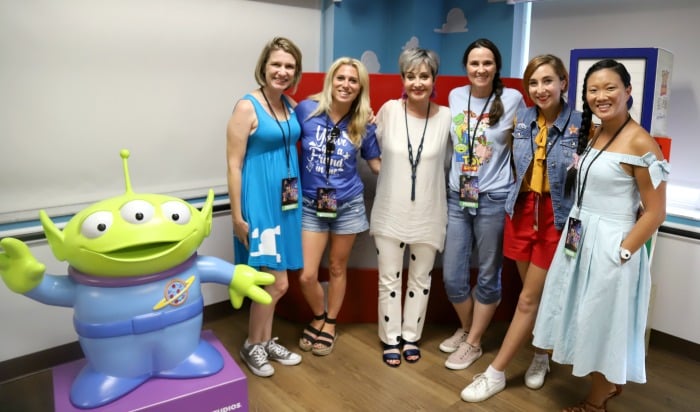 See the first Toy Story 4 trailer that I shared last year, and then make sure to watch this next trailer to see how it’s all coming together: 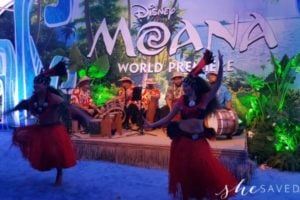 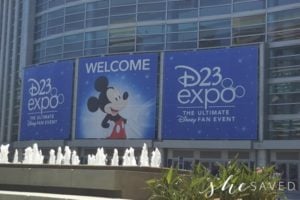