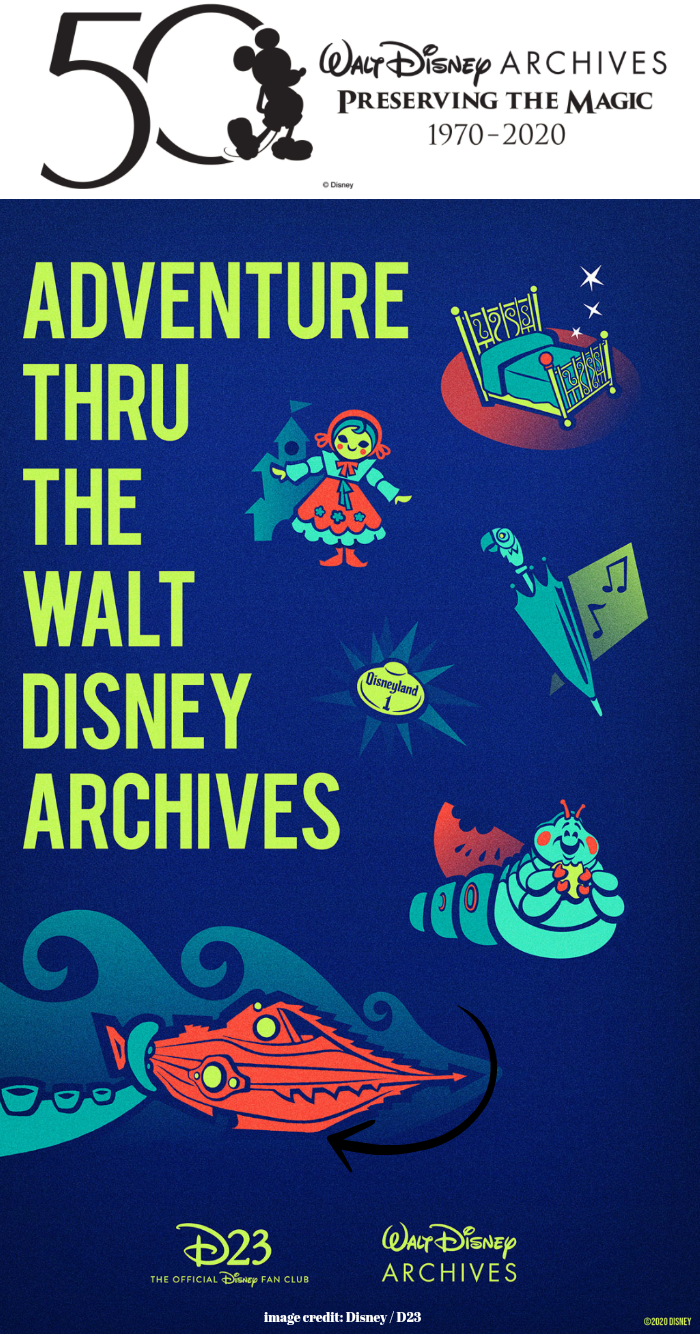 Adventure Thru the Walt Disney Archives New Documentary from D23

Where are my Disney fans??

If you, like me, are having Disney withdrawals (big time!!) then you’ll enjoy the latest tidbit from our friends at Disney and D23.

Adventure Thru the Walt Disney Archives gives viewers a look into rarely seen parts of the extensive Disney Archives, which were founded by Disney Legend Dave Smith on June 22, 1970. The film looks at beloved parts of Disney, including its theme parks and Studio lot, through an engaging, historical lens, as Hahn speaks with Walt Disney Archives director Becky Cline and other members of the Archives team. Each stop on the adventure offers a look at some of the iconic treasures that have played a role in shaping The Walt Disney Company. The film, directed by John Gleim, features new interviews with Disney Executive Chairman Bob Iger, Marvel Studios’ Kevin Feige, Pixar’s Pete Docter, film historian Leonard Maltin, and many more.

“Making this film was my Disney ‘fanboy’ dream come true,” says Hahn. “The Walt Disney Archives is packed with hidden treasures, and I had incredible access to them all.”

Sneak Peek at 50 Disney items from the Archives Collection

This morning, D23 revealed the new poster for Adventure Thru the Walt Disney Archives at the end of a thread on Twitter that featured 50 remarkable items from the Archives collection.

Plus, the Summer 2020 issue of Disney twenty-three, the quarterly publication exclusively for D23 Gold Members, celebrates the Archives’ milestone with an in-depth story written by Leonard Maltin, a selection of classic Disneyland merchandise from the Archives collection, and an archivist-curated list of some of the best films to watch on Disney+ including The Sound of Music, Bedknobs and Broomsticks, Captain Marvel, and The Princess and the Frog.

Starting June 15 at 10 a.m. PT, D23 Gold and Gold Family Members will be able to register for tickets for Adventure Thru the Walt Disney Archives. For details, visit D23.com.

Starting today, D23 is kicking off weekly sweepstakes, including exclusive and rare items curated directly from the Archives staff. The prizes, which will be given away in weekly sweepstakes open to all levels of D23 Members, include a check signed by Walt Disney, “Minnie’s Yoo Hoo” sheet music, an original program from Fantasia (1940), and a copy of The Walt Disney Studios: A Lot to Remember book signed by author Becky Cline, director of the Walt Disney Archives. And D23 will be featuring exclusive content from the Walt Disney Archives throughout the month, including videos, interviews, and galleries of artwork. Follow the conversation on social using #DisneyArchives50. 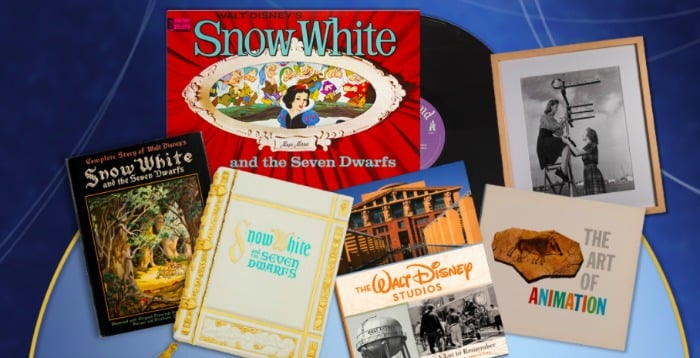 No purchase is necessary to enter the weekly sweepstakes. Open to all D23 Members who are residents of the 50 United States or D.C., 18 or older. For details, visit the D23 website. 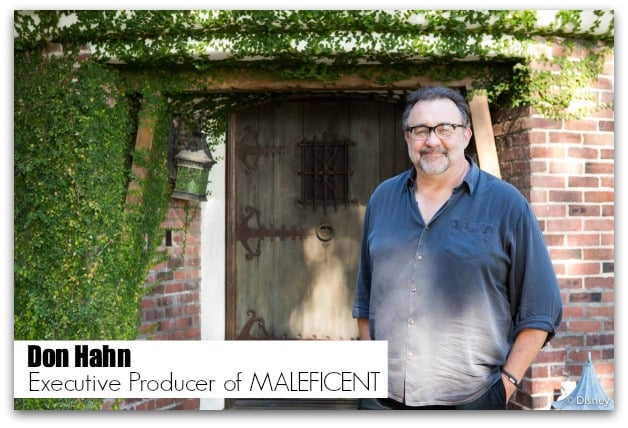 The film, hosted by legendary producer Don Hahn (Beauty and the Beast, The Lion King, Maleficent), will premiere on D23.com exclusively for D23 Gold Members on June 27.

D23 is a website that features members only news, product releases, special events and more. There are several levels of membership, including a the general membership, which is free. 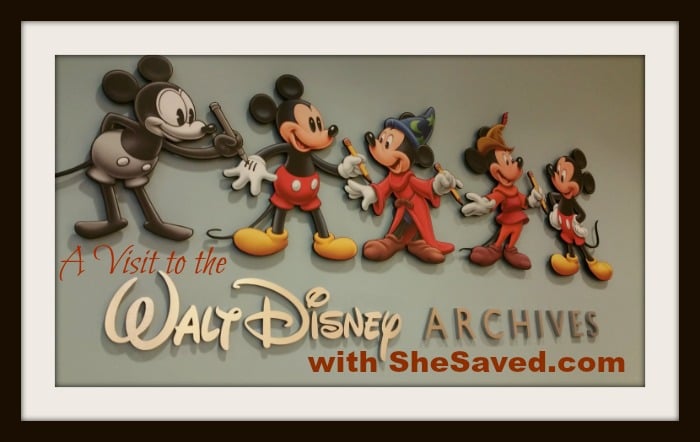 About the Walt Disney Archives

You might remember that a few years ago I actually had the opportunity to visit the Walt Disney Archives and it was such an incredible experience!

Disney is so rich in history and the archives feature everything from awards, to vintage souvenirs, park tickets and more. 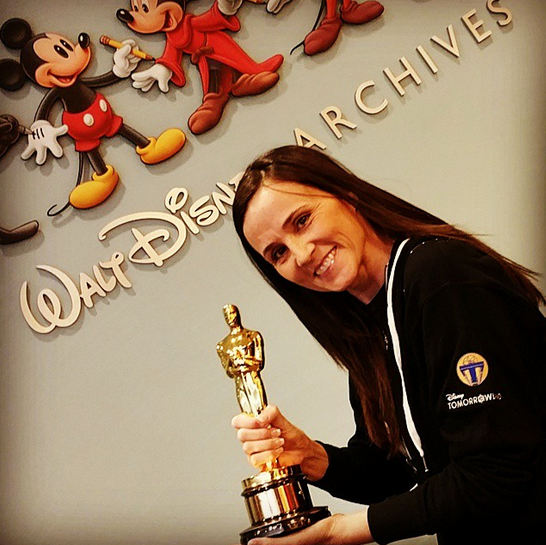 For nearly five decades, the Walt Disney Archives has carefully safeguarded the most treasured items from The Walt Disney Company’s history, including original scripts, movie props and costumes, Walt Disney’s correspondence and script notes, theme park artifacts, merchandise, millions of archival photographs, and many of Walt’s personal effects. Founded by Disney Legend Dave Smith in 1970, the Walt Disney Archives is a vital resource for every part of Disney, as well as an important research center for Disney scholars, researchers, and writers. The Archives also shares its countless pieces with Disney fans everywhere through its exhibitions and close association with D23: The Official Disney Fan Club.