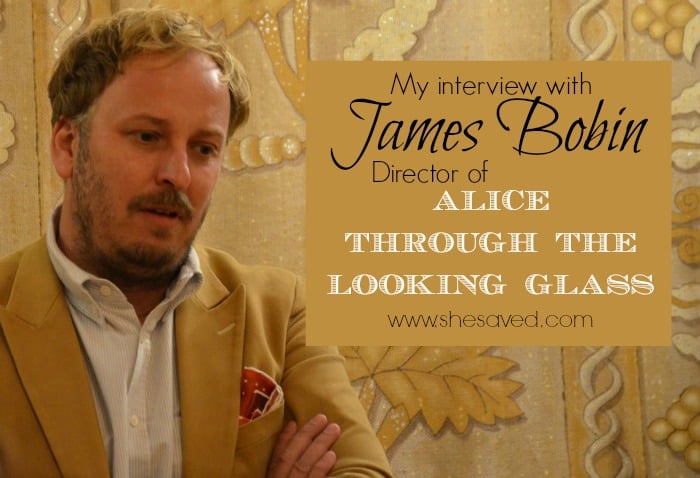 My Interview with Director James Bobin

I am so exited to share with you today my interview with Alice Through the Looking Glass Director James Bobin. He is obviously quite an accomplished director and his resume includes such products as directing feature films The Muppets and Muppets Most Wanted, 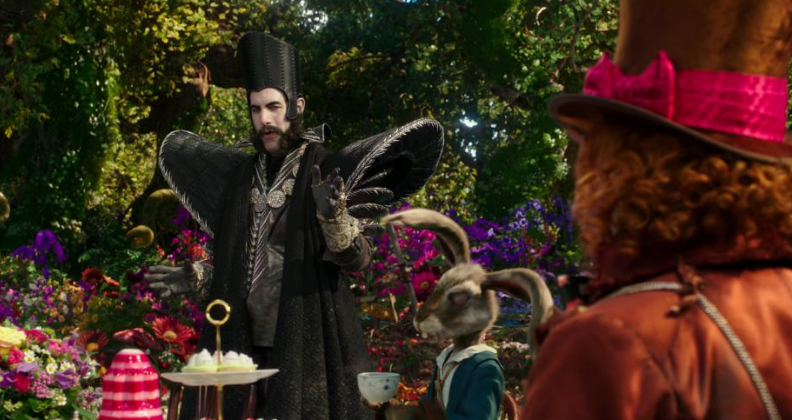 He has a killer accent. I loved listening to him share his experiences on the making of Disney’s Alice Through the Looking Glass. He told us that he started working on the film in 2013, so this film has been quite a bit part of his life these past years but what I found most interesting was his history with Alice. He told us that while on the set of one of the Muppet movies that he was doing for Disney someone mentioned the word Alice to him. That really perked his interest, and he told us:

And of course I jumped at that because I grew up in England. Alice is like part of your life. Like she’s just someone who you know really well. She’s like Christopher Robin. Or, you know, she’s just like part of your makeup. My parents read it to me. I read it as a kid. My grandparents read it to me. Everyone has it. And so for me, I did the same with my children. I have in my kid’s playroom, we have a poster from the British library, of the original manuscript. It’s just a copy. But it’s beautiful. It has his little drawings, which are very different to the way you think she’s gonna look. It’s like Lewis Carroll, drawings for Alice Little. And it’s really pretty. So we love Alice in our family.

So when I found out we were doing this, I was really excited because when you know something it’s a quite good way for starting it. You think you have a clear idea of who she’s gonna be in the film. And, who I felt Alice was to me growing up. When I read Lewis Carroll as a kid he used to make me laugh. He has a very witty way of writing. And he’s very clever with language. I think comedy is often about the specificity of language. And so for me,  I’ve been making jokes and comedy.

And so it felt like a very natural thing to do and use that in this world because obviously Tim’s thing is so beautiful and so beautifully constructed. That was a really good foundation to start from. But I thought if I came on that I could kind of bring some of that British comedy back a bit, which is hopefully what you guys saw when you watched the movie. It’s a bit different. It needed to be different. I think sequels need to be different. It’s nice to pay tribute and make sure you respect the origins of the story and the characters. But people want to see generally something which is a progression or something new or if it has a different sight, feel or tone. 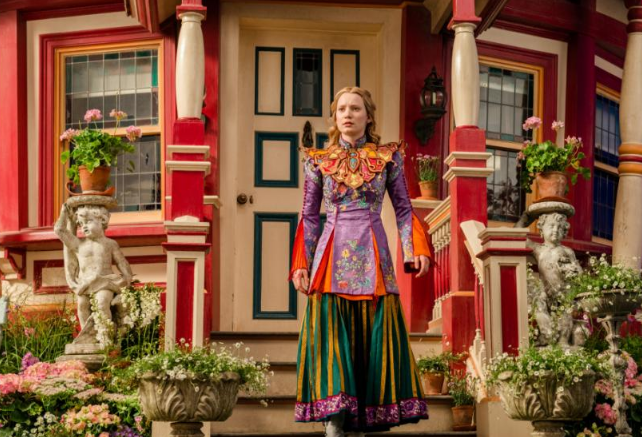 And so you’ll notice that in the design it’s a bit different too. The palettes are a little bit brighter. In the movie, the story itself is very much about the human relations and the family. And so we have a lot more photo real design. Like the world is more Victorian in some ways. And that’s partly because when I was a kid growing up, that to me was the world where Alice lived.

As a HUGE fan of the film myself, I feel like this team did an fantastic job of achieving their goals of both keeping Alice very unique and staying true to what Lewis Carroll fans might hope for in terms of palettes and settings, etc. Like any film, of course this movie had it’s challenges. Here Bobin speaks to us about those challenges and how he dealt with them:

The story is challenging because it’s not the story of the book, which I knew it would never be, because I loved the book very dearly.

But even as a kid I realized that it’s quit unusual because Lewis Carroll wasn’t that concerned with narrative. He liked imagery, ideas. And the book kind of falls in on itself deliberately. Things happen. And then other things happen. And they seem very consequential. It’s only cause and effect. And so I knew that for a film would make an interesting avant-garde movie. But I’m not sure I could do that in this situation. So I knew the story would be a new story. I knew Linda had an idea about the time travel movie based on the characters from before. But at the same time I wanted to pay tribute to the book. The book’s incredibly important. 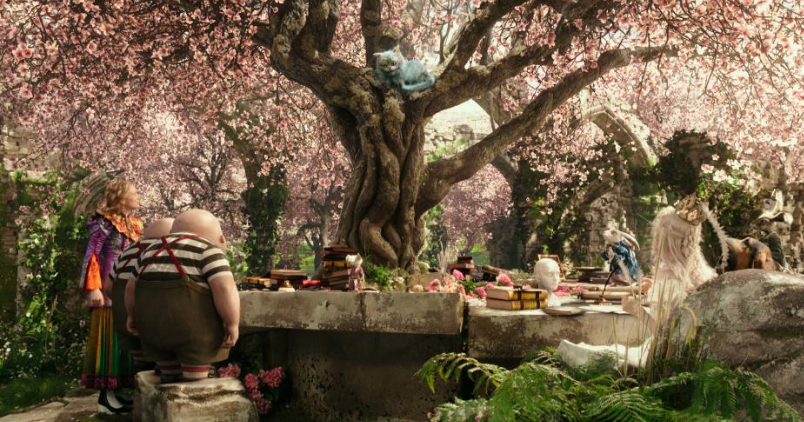 “I wanted to pay tribute to the book. The book’s incredibly important.” ~ James Bobin

And Lewis Carroll is very important to me. So I wanted to take elements of the book like the backwards room and obviously the looking glass and the characters and the spirit of Lewis Carroll. The idea of something which is fairly complex but not so complex that my eight year old daughter wouldn’t understand it. It’s important you understand the story. But also I remember as a kid, I liked working stuff out in a movie. I didn’t want to be given it all straight away. I wanted to feel like I was ahead of the characters in the movie. And so and this is kind of a puzzle plot in a way.

I’m hoping that even kids may be ahead of the story some ways so that when Alice works it out in her head you may already know that stuff, which is great and very satisfying as the kid who thinks I’m cleverer than the people who made this movie. So that was a challenge to try and make a story, which is complex and interesting but not overly so in a way which would be distracting for children.

I really enjoyed speaking with James Bobin and I could actually listen to him talk all day. I think that my favorite thing about this interview was learning about how much he truly cared for Alice and this story, and remaining true to this fascinating and time honored story. I think that Lewis Carroll would be very proud. I know that I’m waiting patiently to hear that we will get to see a third movie in this series!

Disney’s ALICE THROUGH THE LOOKING GLASS

is in theaters NOW!