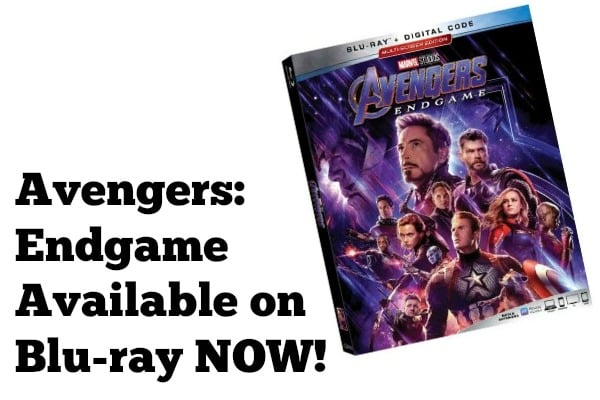 Today is the day! Marvel fans can finally grab a copy of Marvel Studios Avengers: Endgame! If you are like us, then you’ve been waiting patiently for this release!

I have to say, this movie was everything that I had hoped it would be and more. I didn’t expect it to take the top spot as my favorite all time Marvel movie, but I have to admit: it did. This film was so well done and I feel like it was the perfect resolution that Marvel fans were needing and hoping for, and most importantly, a brilliantly written masterpiece that Stan Lee would be proud of. The entire time that I was watching this film, I was thinking of him smiling down upon it. So well done.

For those of you that love the bonus features on these Blu-rays, you’ll be thrilled with the extra hours included on this one!

Bonus features include a tribute to the great Stan Lee; the tale of Robert Downey Jr.’s casting as Iron Man; the evolution of Captain America; Black Widow’s dramatic story arc; directors Anthony and Joe Russo’s experience at the helm of both “Avengers: Infinity War” and “Avengers: Endgame”; the making of an epic battle scene with the women of the MCU; the creation of Bro Thor; deleted scenes; a gag reel and more.

I think that the bonus features are truly one of the best reasons to purchase these movies for your home collection, it’s like a behind the scenes look into every aspect of the movie, and it creates an entirely new viewing experience.

In celebration of the release of this Blu-ray, we are celebrating with a family movie night, thanks to our friends at Marvel Studios! Here’s a fun peek at our unboxing of our Marvel Studios Avengers: Endgame party goodies:

In partnership with #Marvel, we are excited to share that #AvengersEndgame is available NOW on Digital and releases TOMORROW (August 13th!) onBlu-ray! #brandpartner #Avengers #movienight #movienight🎬

Tomorrow is the day! #AvengersEndgame will he available on Blu-ray…it’s already out on Digital for those of you that can’t wait! 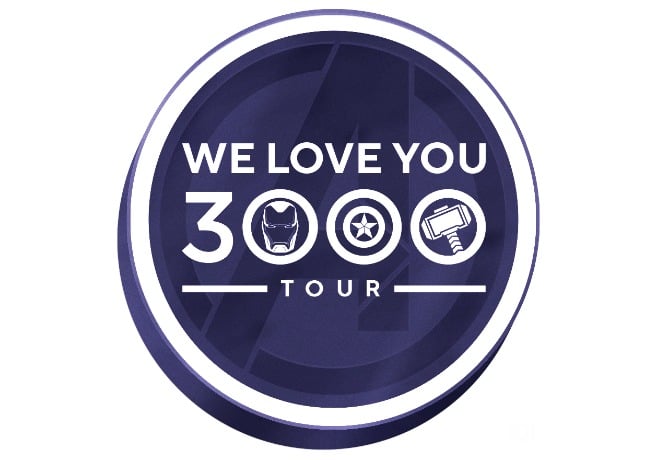 In celebration of the nationwide release of Marvel Studios “Avengers: Endgame” on Blu-ray™ August 13th, Best Buy will serve as the location for this week’s “We Love You 3000” Tour stops. Events will feature signings with Marvel Studios filmmakers and/or MCU talent with a special digital photo booth; specialty promotional giveaways, including MCU Funko Pop! Vinyl Figures and exclusive Avengers posters and more.

Fans can also get their hands on the exclusive, limited edition “Avengers: Endgame” SteelBook and other collectable SteelBooks from the MCU at Best Buy stores across the country and on BestBuy.com. Find a Love You 3,000 Tour at Best Buy here.

We always get excited about new Blu-ray releases to add to our collection. Earlier this month we shared the Disney Channel Descendants 3 Blu-ray release and I’ll never complain about more reasons to gather as a family and watch these movies we love!

How will you celebrate the fact that we can all now own Marvel Studios Avengers: Endgame?