My head is still spinning from spending the last few days in Anaheim, California attending the D23 Expo. This event is epic for Disney fans, and it is safe to say that I had no idea what I was getting myself into. This event is so much Disney rolled into a few days, your mind can barely take it all in. No worries, I handled it just fine and loved every moment although I must say, it was a roller coaster of emotions at times. Disney does that to me! 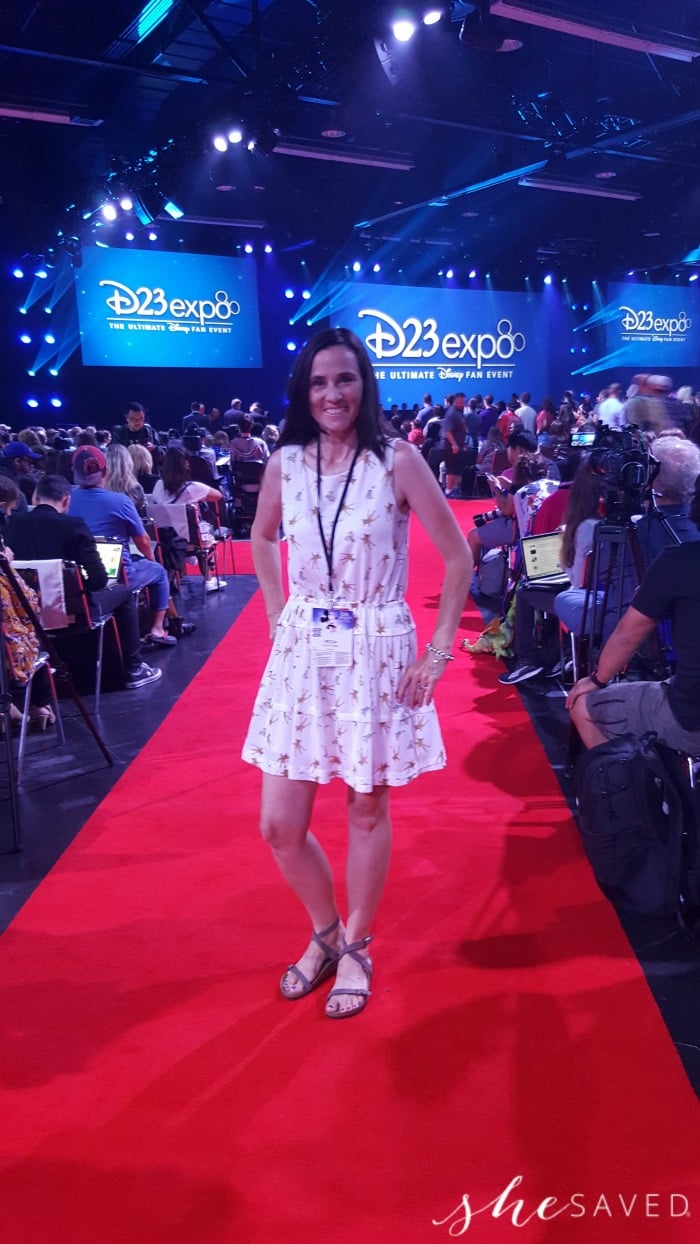 I’ll be sharing quite a bit here in the next few days but today I wanted to share with you the amazing things that we will be seeing from Pixar and Disney Animation Studios in the near future. Chief Creative Officer John Lasseter took the stage to bring us announcement after announcement of great things that we have to look forward to, and I’m excited to share it all with you: 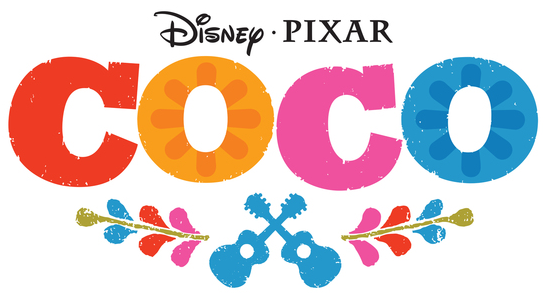 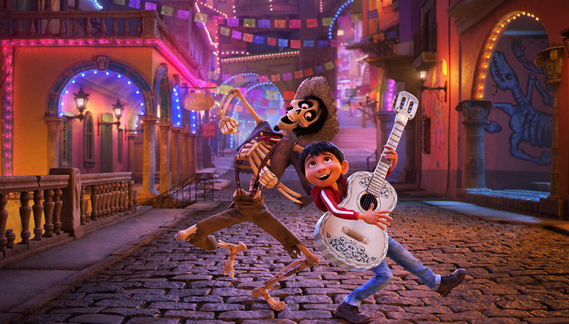 I was excited to learn more about this new Disney Pixar film called COCO. We were able to watch a clip and it looks like it is going to be a very unique movie, and this character is going to be a hit with kids and adults alike. The scenery and beautiful colors in this movie are so stunning, and I love the fact that the theme of the film is family. We enjoyed a wonderful clip from the film and then we were treated to a wonderful fiesta of dance and song, which included a special performance by Benjamin Bratt. Aye Yai Yai. It was awesome. 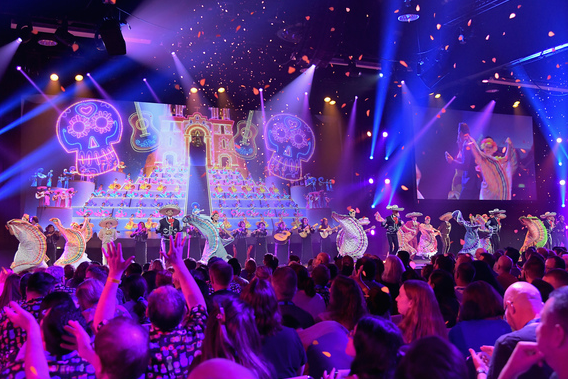 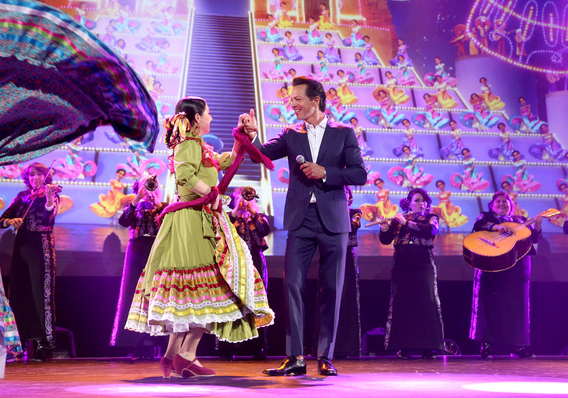 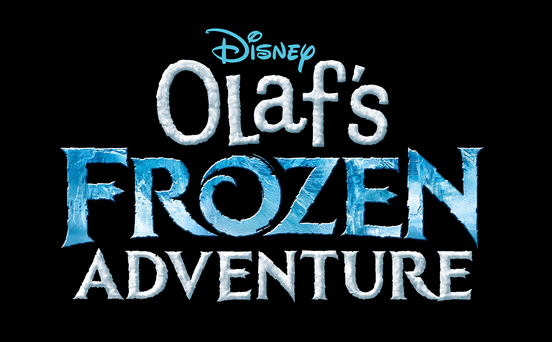 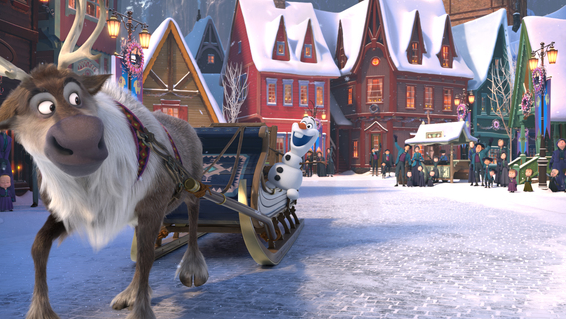 This little presentation started out with the adorable Kristen Bell (voice of Anna) sharing with us what we could expect from Olaf’s Frozen Adventure but all of a sudden, the sound equipment started to fail and …. what do you know!? 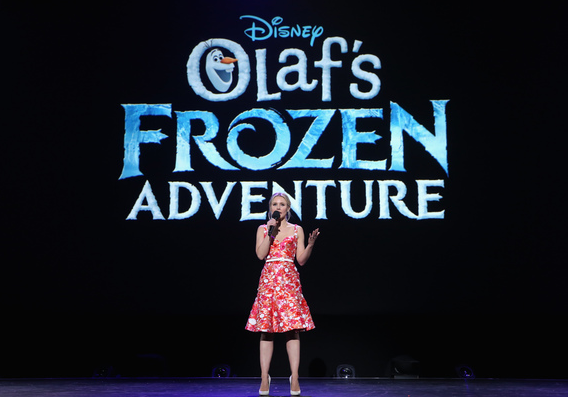 Her good buddy Olaf … err Josh Gad came to the rescue and did a live performance of the all-new original song “That Time of Year,” written by Elyssa Samsel and Kate Anderson. The song is part of Walt Disney Animation Studios’ new 21-minute featurette, which hits the big-screen in front of Disney•Pixar’s COCO on Nov. 22, 2017. 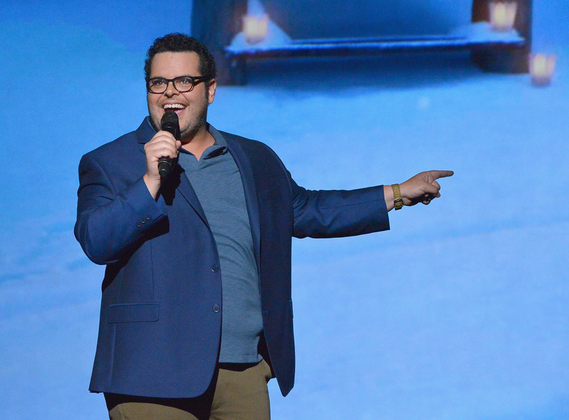 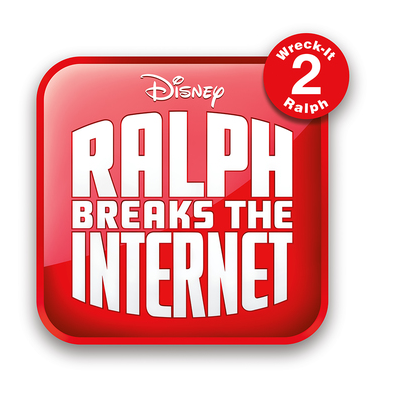 This presentation was probably my favorite. It was so unexpected and quite frankly: epic! Read on. 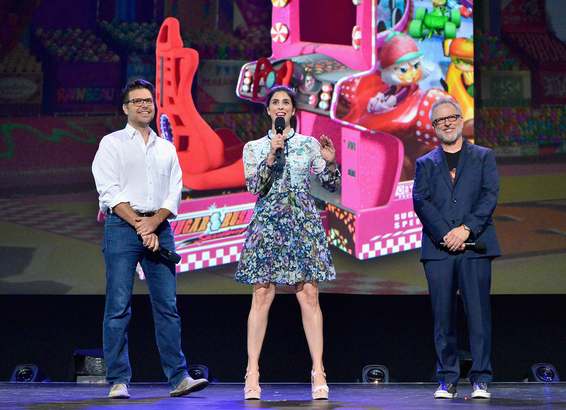 Directors Rich Moore and Phil Johnston hit the stage at D23 Expo 2017, introducing Emmy®-winning actress and comedian Sarah Silverman, who returns as the voice of Vanellope von Schweetz. That was pretty amazing. But things quickly went from amazing to words I don’t even have to describe amazing times a billion. 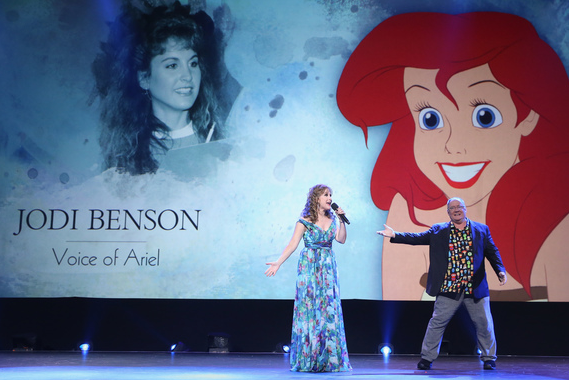 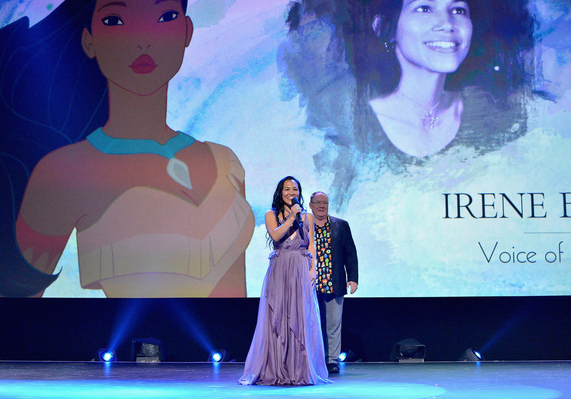 One by one. The princesses just kept coming. My mouth was on the floor. THE FLOOR!! It was insanity. By the end of the presentation the stage was an epic collection of amazing women. The real life Disney Princesses!! 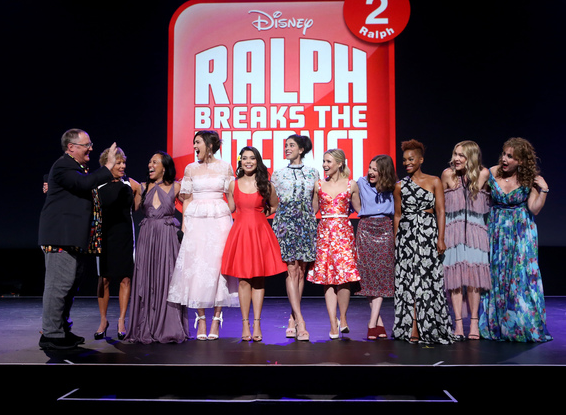 You might be wondering. Why? What does this have to do with Wreck-it Ralph and Ralph Breaks the Internet?
It turns out that this sequel to Wreck-it Ralph includes on of the very funniest (maybe THE funniest) Disney moments that I have ever seen and it’s definitely a mind blowing one. We were able to screen it, and I don’t want to spoil it for you but let me tell you this: Those princesses have nothing on Vanellope Von Schweetz and never in a million years would I have dreamed that they would end up in a movie together but I promise you, it’s fantastic. Pure: FANTASTIC. 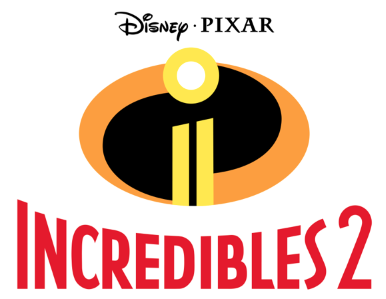 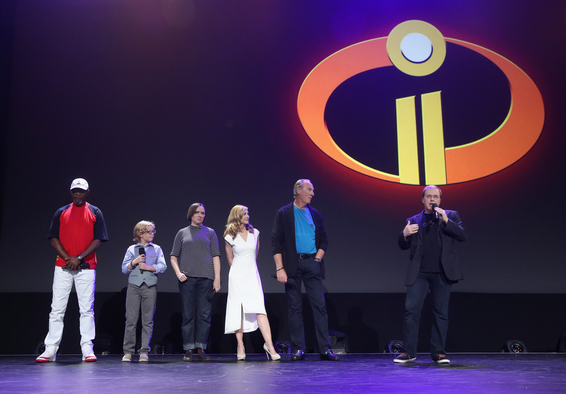 Bird shared with us details of the upcoming film which promises new adventures, an expanded universe that includes new allies and a brand-new villain. “‘Incredibles 2’ is really a family film, it’s just that the family happens to have super powers,” said Bird. “They may have super speed or super strength, but they experience the same problems as any family.”

And Edna Mode fans will appreciate this fun Incredibles’ Edna Mode video, I’m thinking we’ll be seeing even more of Edna in the neat future:

The pair brought with them a behind-the-scenes look at a day in the director’s life at the Northern California studio. We didn’t get a whole lot of info on this one, and it really left me wanting to beg for more but I am also confident that this one won’t disappoint. I could tell how emotionally invested they are in this film so we’ll all just wait patiently for the final product! Produced by Jonas Rivera (“Inside Out”), TOY STORY 4 is slated for release on June 21st, 2019! 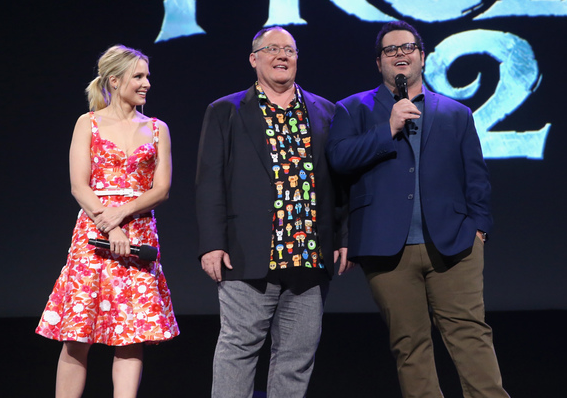 Kristen Bell, Josh Gad, Idina Menzel and Jonathan Groff are reprising their roles in an all-new story. John Lasseter, Bell and Gad shared with FROZEN fans a behind-the-scenes video showcasing the filmmakers’ recent research trip to Norway, Finland and Iceland. It is so amazing to think that this is really going to happen. I can’t believe that I’m going to say this, but I’m ready for round two!! (we had FROZEN fever bad here. We must have watched that movie 500+ times!)

Unnamed Disneytoon Film
To be announced…

Along with all of the details of upcoming projects, there were also a few “hints” and things to come. This unnamed Disneytoon film was one of them. We got a very short glimpse at it and it appears to be some sort of Disney PLANES type film – fast flying jets maybe? It was such a quick glimpse and I’m giving you my best guess, but I will say, it looked like something full of speed and excitement and I’m sure: lots and lots of new characters and collectibles! 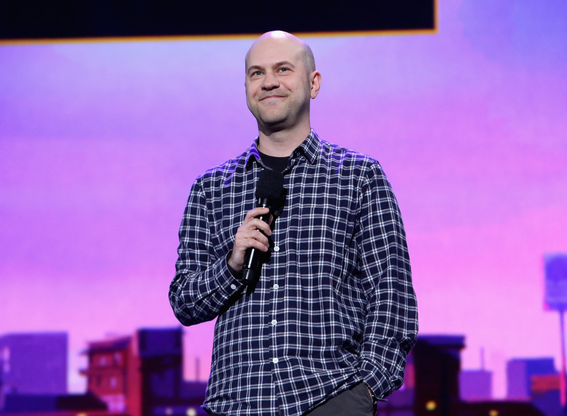 Another little tidbit that they shared with us was that a new untitled Dan Scanlon movie is in the works.
Director Dan Scanlon, who helmed Pixar’s “Monsters University,” joined Lasseter to share a few details about an all-new original feature film currently in production at Pixar Animation Studios.
Scanlon shared with us that he had lost his father at a very young age, and that the film is inspired by the question he’s always asked: who was my father? The story is set in a world with no humans—only elves, trolls and sprites—“anything that would be on the side of a van in the ’70s,” said the director. “In the film, we’re going to tell the story of two teenage elf brothers whose father died when they were too young to remember him. But thanks to the little magic still left in the world, the boys embark on a quest that will allow them a chance to spend one last magical day with their father.” Kori Rae (“Monsters University”) will produce.
That looks like it could be a very unique and exciting storyline, so I’m excited to hear more about this one as well!

Here’s an AMAZING recap of how insanely awesome this session at D23 Expo was. Make sure to watch it. You’ll see a peek at Josh Gad singing his new Olaf Song, along with all of the celebrity moments captured LIVE as we were seeing them. I still can’t believe that I was in this audience… goose bumps over and over the entire time!!

Load More...
She Saved, LLC is a participant in the Amazon Services LLC Associates Program, an affiliate advertising program designed to provide a means for sites to earn advertising fees by advertising and linking to Amazon.com and MyHabit.com
5 shares