Home » She Travels » The Parks of Universal Orlando Resort (+ How to SAVE on your Universal Vacation!)
129 shares

The Parks of Universal Orlando Resort (+ How to SAVE on your Universal Vacation!)

Have you ever considered a vacation to Universal Orlando Resort? You might think it’s just for Harry Potter fans, but it is actually so much more! The different parks of Universal have SO much to offer and luckily, I have my friends from Get Away Today to share with us what they know about Universal Orlando.

They recently had a visit from a couple of Universal Orlando reps, so they got all the insider details about this vacation destination in Florida and they’ve shared the deets with me, so I can pass them on to you! *PLUS some HUGE savings, so make sure to check those out at the bottom of this post. 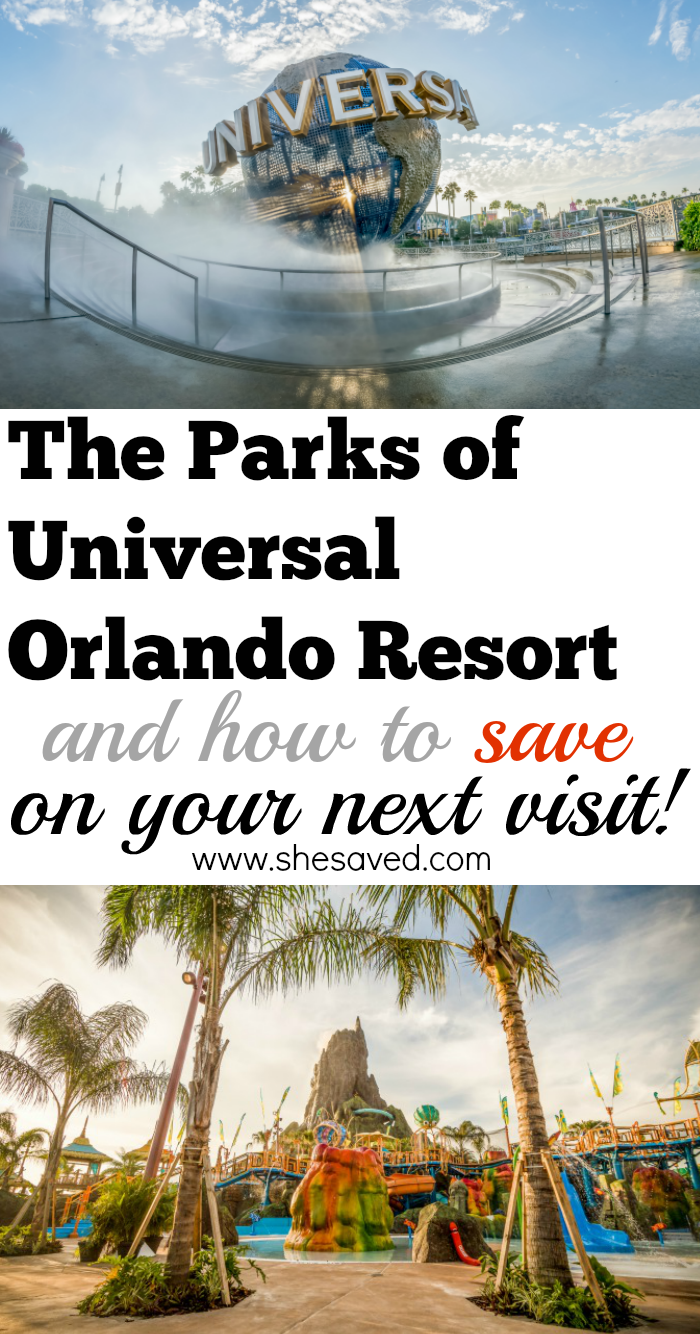 You may already know this, but Universal Orlando is made up of three separate parks. When I realized this, all their different ticket options made a lot more sense. I’ll go into detail about each of the three parks below, plus the amazing savings right now when you purchase Universal Orlando tickets Get Away Today by June 12, 2019.

This is just the tip of the iceberg when it comes to shows, rides and attractions in Universal Studios Florida. There is also a Barney-themed area for young kids, a new Fast & Furious experience, King’s Cross Station and Hogwarts Express. You can also enjoy dining options modeled after the Harry Potter franchise and The Simpsons. When it comes to food, you can find burgers, Italian options, ice cream, tacos and more in Universal Studios Florida. 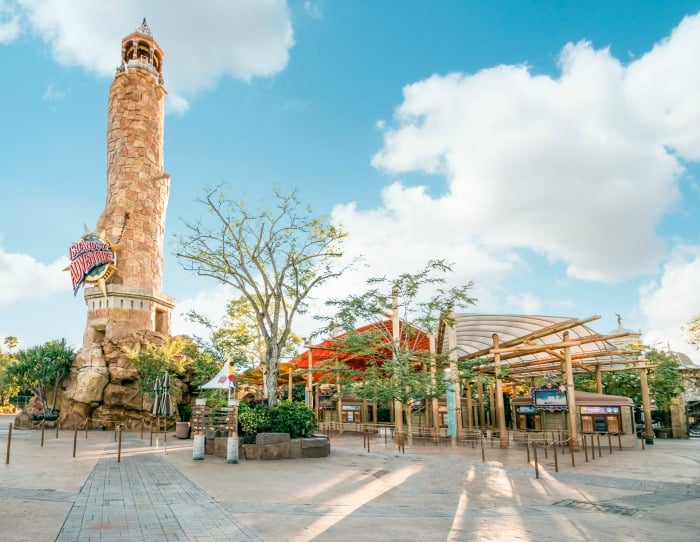 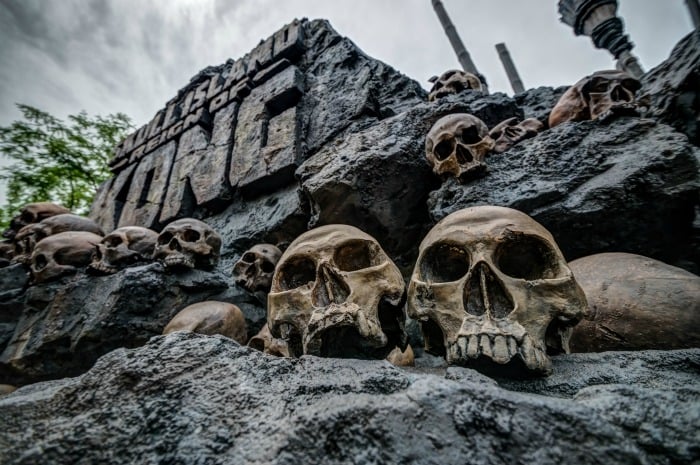 Coming June 13, 2019, a brand-new ride is opening in Islands of Adventure. I know I said that Universal Orlando is more than just Harry Potter but, yes, the new roller coaster is based on everyone’s favorite wizard. Or, actually, one of his friends. Hagrid’s Magical Creatures Motorbike Adventure is going to be an immersive ride full of creatures you know and love from the Harry Potter movies.

For dining options, you’ll find good eats from hubs modeled after your favorite on-screen characters and more. Look for butterbeer, green eggs and ham, and familiar favorites in Starbucks and Cinnabon. 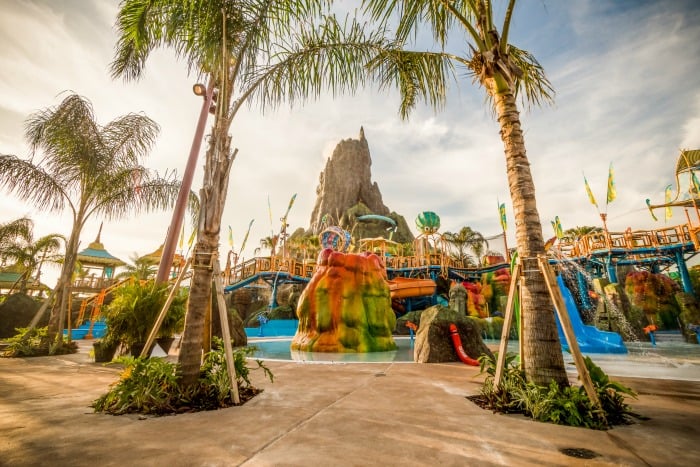 This waterpark has so much to see and do, you’ll want to spend at least a day here! Built around the Krakatau volcano, Volcano Bay offers water experiences for all ages. From lazy rivers to more adventurous body slides down the mountain, it’s the perfect way to cool off in the Florida heat. Some of the water adventures in Volcano Bay include the following:

When it’s time to refuel in Volcano Bay, look for vendors offering pulled pork sandwiches, burgers and refreshing tropical drinks. You can rent cabanas, lounge in poolside chairs and enjoy the palm trees. 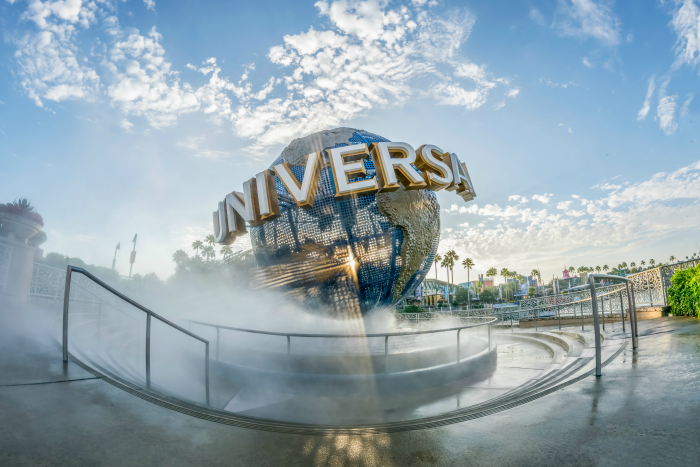 There are a few different ticket options for Universal Orlando and its three different parks. One is a 2-Park Ticket, which will grant admission to both Universal Studios Florida and Universal’s Islands of Adventure. Keep in mind that with a 2-Park Ticket of any kind, you cannot get into Volcano Bay. The 2-Park Ticket itself has two different options, which I’ll explain below.

With a 2-Park Park-to-Park Ticket, you can go between the two parks in the same day. In order to ride the Hogwarts Express, this is the ticket you need! Since the train goes back and forth between Universal Studios Florida and Universal’s Islands of Adventure, you need a Park-to-Park Ticket.

If you want to experience Universal’s Volcano Bay, a 3-Park Ticket is required. There is no other way to get in, so keep that in mind when planning your vacation.

With a 3-Park Park-to-Park Ticket, you can go between the three parks in the same day. Since this is another version of the Park-to-Park ticket mentioned above, this can be used to hop on the Hogwarts Express and go between Universal Studios Florida and Universal’s Islands of Adventure.

Book with Get Away Today and SAVE!!

When you purchase Universal Orlando tickets with Get Away Today before June 12, 2019, you can buy two days and get three days free. These discount tickets are good for visits now through December 31, 2019*, which means you can be among the first to experience Hagrid’s Magical Creatures Motorbike Adventure when it opens June 13! This deal is perfect for ensuring you have enough time to check out all three parks in Universal Orlando and what each one has to offer. For all the ticket details, plus hotels in the area, head to www.getawaytoday.com. You can also talk with a travel agent by calling 855-GET-AWAY and they would be happy to answer any questions you have about Universal Orlando. When you book with Get Away Today, let them know She Saved sent you! *excluding July 2019

Also, if you have plans for a Disney get away, don’t forget to check out all of the Disney savings tips that I’ve shared!