*Disclosure: I was compensated for sharing this information with you. These opinions are 100% my own and the giveaway is sponsored and will be fulfilled by Nitro Circus.

If you are a fan of daredevils and death defying stunts … then I’ve got some very exciting information for you! 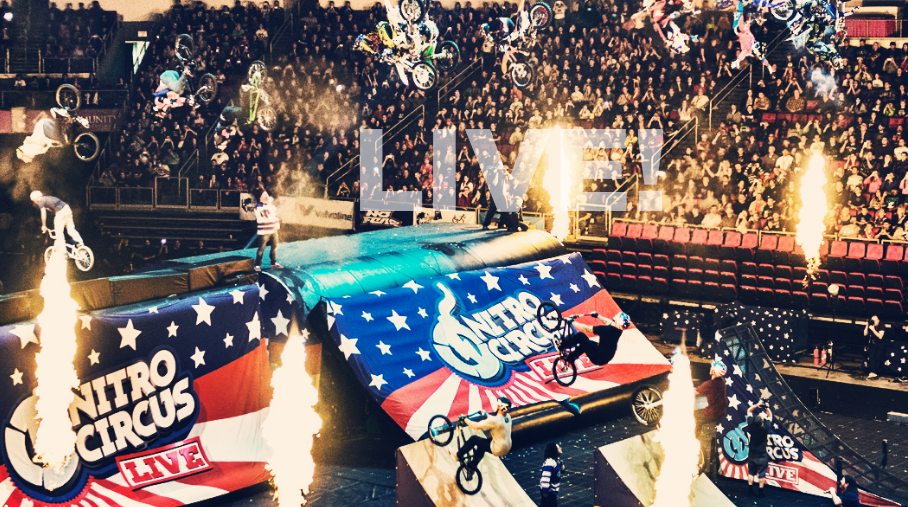 With the all-new Next LevelTour, Nitro Circus promised an epic event filled with game-changing feats and unbelievable stunts, and its world-debut Saturday at Canberra, Australia’s GIO Stadium more than delivered the goods. Thanks to a massive production, featuring the biggest ramps ever to hit the road, this cast of all-star action sports athletes and thrill-seeking daredevils blew away the crowd with new tricks, new vehicles and more in an electrifying show that is simply too big to fit indoors.

Nitro Circus’ moto athletes proved they are all in by sending huge, gravity-defying tricks that definitely took the sport to new heights. USA’s Gregg Duffy, the first person ever to land a double front flip on a motorbike, stomped two incredible front flip variations for the GIO Stadium fans. The Canberra crowd also went wild for hometown favorite Harry Bink after he landed an FMX double backflip. For this very dangerous trick, one attempted by only a handful of riders, Bink shot more than 60-feet into the air to get the clearance needed to complete the two full rotations around before touching down on the lander. For video and photo highlights of all the action go here.

All of these aerial exploits were possible due to the Next Level Tour’s innovative ramp setup. The FMX takeoff ramp alone towers 15-feet above the show floor (five feet taller than anything toured before) while the lander also looms large, standing 23-feet high. First dreamed up at Travis’ “Pastranaland” compound then perfected at Nitro World Games, these ramps were never supposed to tour, as they were considered far too large and complex to be set up more than once. But Nitro Circus’ production team was determined to showcase them, and the future of action sports, to its diehard fans around the world.

Think this is something that your family would enjoy!? If so, check out the tour dates: 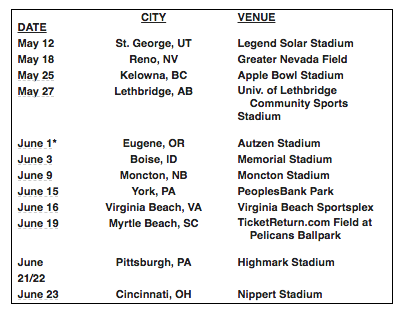 If you LOVE this kind of entertainment then you will definitely want to check out this video that will give you an idea as to just how wild and crazy things can get at this exciting event:

The Next Level Tour is coming to my city (Boise, ID) on June 3rd and if are you local to me, make sure to enter this giveaway as I’ve partnered with the folks from Nitro Circus to giveaway FOUR tickets to this event!

One lucky She Saved reader will win a 4 Family Pack of tickets to the Nitro Circus performance in Boise, Idaho on June 3rd. (this giveaway is ONLY for those that can make the show in Boise, Idaho)

Entry-Form
This giveaway will close May 27th, 2018 at midnight (mnt time) …once closed, I will select one winner who will have 48 hours to respond to claim their prize! GOOD LUCK!!!