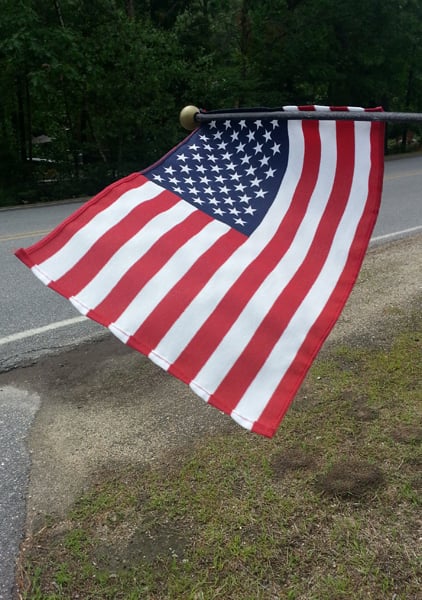 The REAL reason to Celebrate the 4th of July

Every wonder about the REAL reason to celebrate the 4th of July? Of course, it’s a holiday full of excitement and fireworks, family and fun but there is also a lot of history that goes into the 4th of July that we know now.

American Independence Day is celebrated on the 4th of July every year. July 4, 1776, is remembered as a day that represents the Declaration of Independence and the birth of the United States of America as an independent nation.

Have you ever wondered what happened to the 56 men who signed the Declaration of Independence? I had not ever through about it until I started helping my son with a kindergarten assignment and we dug deep! According to this Ann Landers column, many of them met sad fates.

Five signers were captured by the British as traitors, and tortured before they died. Twelve had their homes ransacked and burned.
Two lost their sons serving in the Revolutionary Army, another had two sons captured.
Nine of the 56 fought and died from wounds or hardships of the Revolutionary War. They signed and they pledged their lives, their fortunes, and their sacred honor. Read more about the fates of our founding fathers here.

Doesn’t that put everything into perspective?
While you are preparing to celebrate and looking for fun 4th of July ideas, this is such a great reminder of why we celebrate the 4th of July.
Just some food for thought as we are celebrating this day with all of the festivities that we have come to love and enjoy.
And a HUGE thanks to all of those who have served and are currently serving our country and bringing us our many freedoms!

« Welcome to She Saved! My First Blog Post
She Shared: Very Cool Stuff »