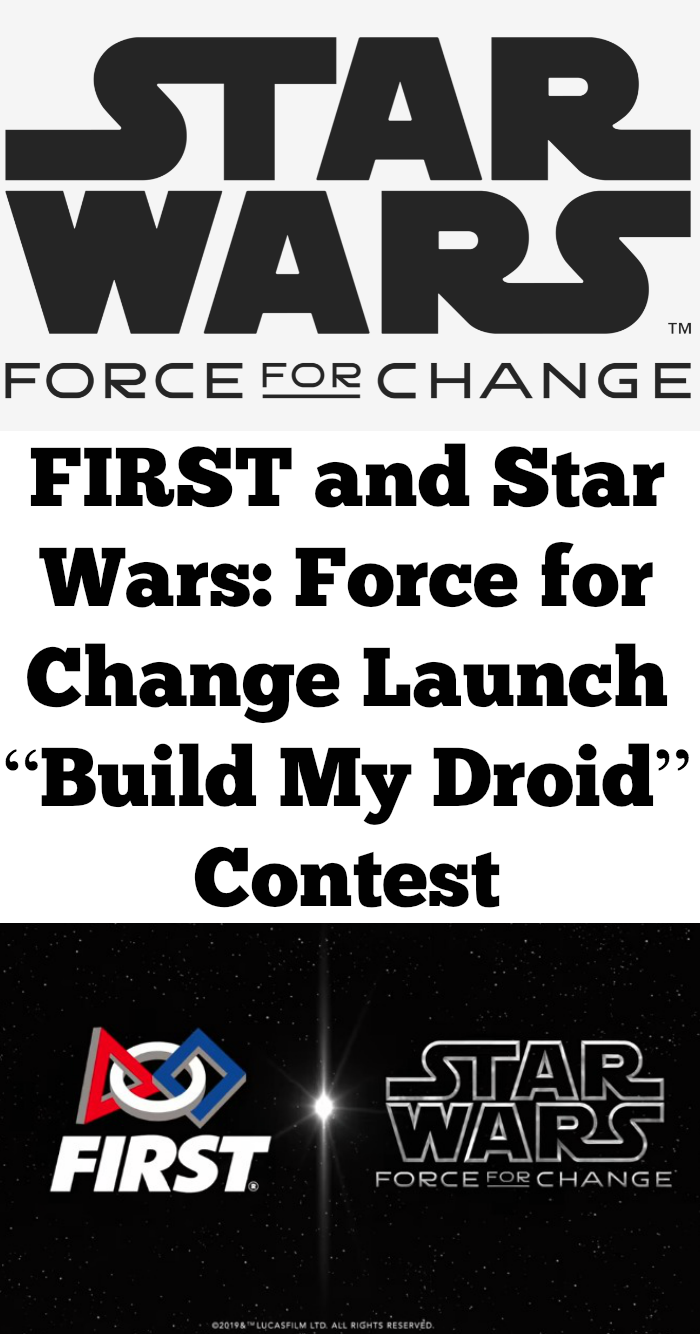 Have you ever dreamed of designing a Star Wars droid? Now is your chance with the Build My Droid contest, read on!!

Star Wars fans are invited to enter the “Build My Droid” Contest, which is an initiative launched by Star Wars: Force for Change and FIRST to inspire the next generation of heroes and innovators in science, technology, engineering, math (STEM) and creative arts. 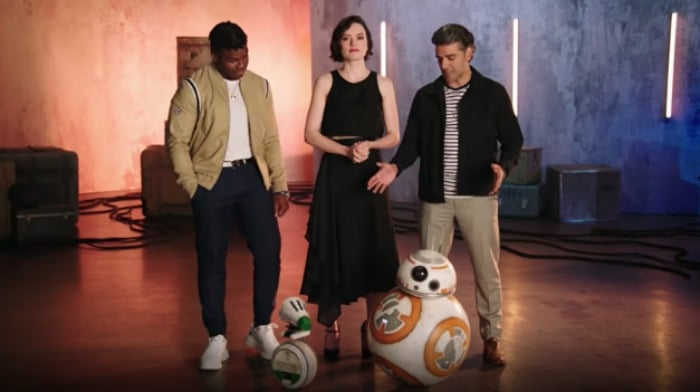 And who better to inspire innovators than the cast members of Star Wars themselves? I’m loving the partnership here and I think all Star Wars fans will agree that this is a pretty awesome initiative!

The global robotics community FIRST has teamed up with Lucasfilm’s Star Wars: Force for Change to give fans and artists ages 16 and up a chance to design a droid that will be included in a future story set in the Star Wars galaxy. The competition kicks off in the lead up to the highly anticipated final chapter in the Skywalker saga – Star Wars: The Rise of Skywalker – and the winning designer will be invited to the film’s world premiere in December to witness the public debut of their droid design on the red carpet.

“When FIRST teamed up with Force for Change, we saw a great opportunity to both highlight their incredible talent and reaffirm the importance of STEM programs. I can’t wait to see what designs they come up with.”

Here’s a fun video with a few of our favorite Star Wars stars giving you the inside scoop on the Build My Droid contest details:

Doesn’t that look amazing? And so simple to enter, if you have a droid idea in your head, I say get that thing on paper and send it in! 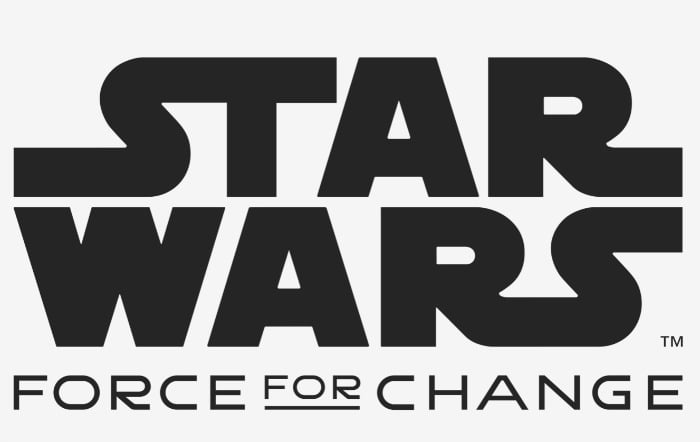 The contest is live now and and contestants must submit their droid design in the form of a sketch, drawing, or painting  on the on the Build My Droid contest website by November 13, 2019.

Who can Enter the Build My Droid Contest?

Anyone 16 and older can enter and one thing that I love about this contest is that it’s as simple as sketching out your idea and taking a photo of it!

Create and then submit a photo of your droid original drawing, painting, and/or sketch for a chance to have your droid physically created & included in an upcoming Star Wars Project!

Prizes for The Build My Droid Contest

You could also win a trip for 2 to the World Premiere of Star Wars: The Rise Of Skywalker!

You can read more about the contest, prizes, other droid creators, see current submissions and more on the Build My Droid contest website!

What is FIRST? What does FIRST stand for?

For Inspiration and Recognition of Science and Technology.

FIRST inspires innovation and leadership through engaging, hands-on robotics challenges developed to ignite curiosity and passion in students in grade K-12. The support of FIRST is part of The Walt Disney Company’s commitment to provide inspiration and opportunity to the next generation of innovators. The 2020 FIRST RISE season is powered by Star Wars: Force for Change. Registration is open for all FIRST programs.

About FIRST®
Accomplished inventor Dean Kamen founded FIRST® (For Inspiration and Recognition of Science and Technology) in 1989 to inspire an appreciation of science and technology in young people. Based in Manchester, N.H., FIRST designs accessible, innovative programs to build self-confidence, knowledge, and life skills while motivating young people to pursue opportunities in science, technology, and engineering. With support from over 200 of the Fortune 500 companies and more than $80 million in college scholarships, the not-for-profit organization hosts the FIRST® Robotics Competition for students in Grades 9-12; FIRST® Tech Challenge for Grades 7-12; FIRST® LEGO® League for Grades 4-8; and FIRST® LEGO® League Jr. for Grades K-4. Gracious Professionalism® is a way of doing things that encourages high-quality work, emphasizes the value of others, and respects individuals and the community.

About Star Wars: Force for Change

Star Wars: Force for Change aims to create transformation and change in the lives of kids by helping to bridge the STEM skills gap, utilizing the fun and intrigue of Star Wars storytelling to inspire innovation, help build confidence and ignite curiosity. In doing so, Star Wars: Force for Change hopes to embolden and motivate the next generation of heroes and innovators, while also empowering the Star Wars fan community to use their fandom for good. 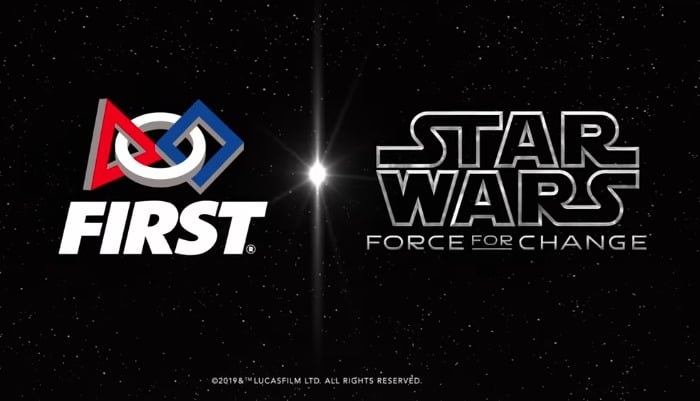 Find out more about the rules and terms and conditions for the Build My Droid contest here. Void in Quebec & where prohibited. Sponsor: ABC, Inc. d/b/a Walt Disney Studios Motion Pictures, USA.

For years I have shared our Star Wars updates, movie and trailer releases, our favorite Star Wars recipes and more, but I have to say this is one of the neatest and most exciting shares because it’s something for the fans and a really neat opportunity to show your droid building talents!

« Verizon Customers Get FREE Disney+ (For the First Year!)
New Lizzie McGuire Series on Disney+ is BACK with Hilary Duff and Original Cast Members! »