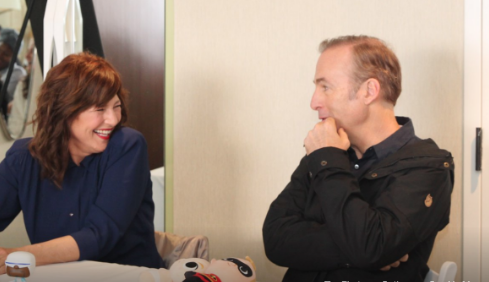 One of my very favorite things about INCREDIBLES 2 is that this movie introduces us to some exciting new characters. Two of those ended up being my favorites from this film, as they really bring a whole new twist to the world of INCREDIBLES.

Meet siblings Evelyn and Winston Deavor, also known as Bob Odenkirk (voice of “Winston Deavor”) & Catherine Keener (“Evelyn Deavor”) and let me tell you, they are as good together in person as they are in the movie.

My favorite thing about this interview is that they were so fun and funny! Catherine peeked in before the interview started and sat down ready to roll before Bob showed up which was pretty entertaining. She’s a hoot and gorgeous on top of that! 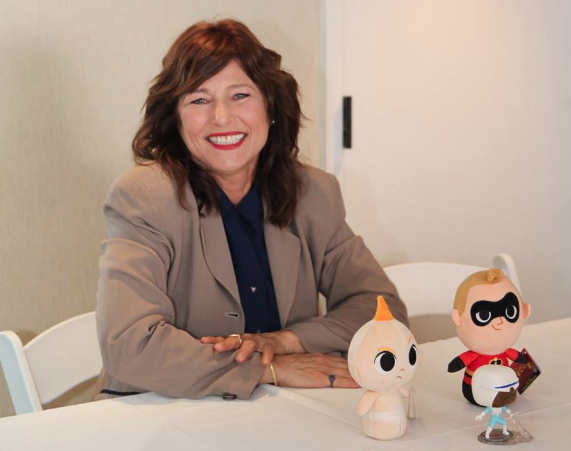 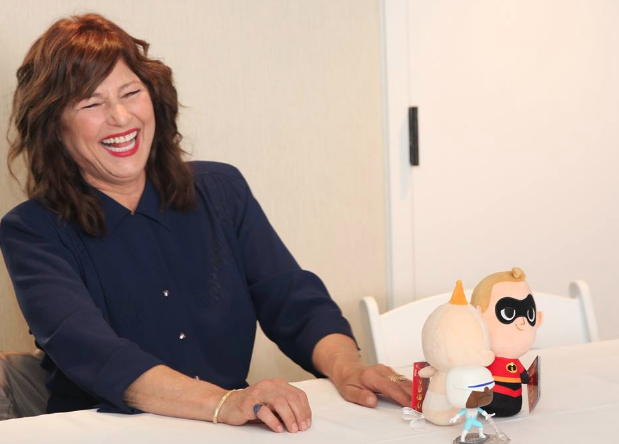 Finally Bob showed up and we jumped right into the conversation with Catherine telling us what a wonderful guy Bob is and that was cute because I think it embarrassed him a little but it was so fun to see their interaction. 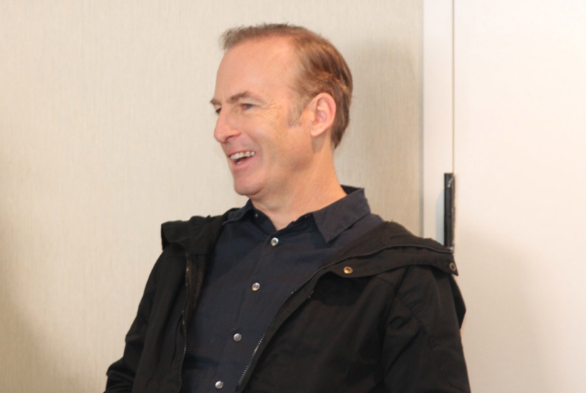 She told us that in real life he’s a great dad and then he shared how his role as a father helped him to relate to Mr. Incredible in this film:

I related to Mr. Incredible. I want to make the observation that eventually he got good at it. Right? And they came to like a kind of equilibrium with the kids. And it’s very true that, you know, a lot of times, if it’s just one parent it’s kind of easier, especially after a little while or you get in sync with the kids. Right? I experienced that a lot. I loved being a dad. 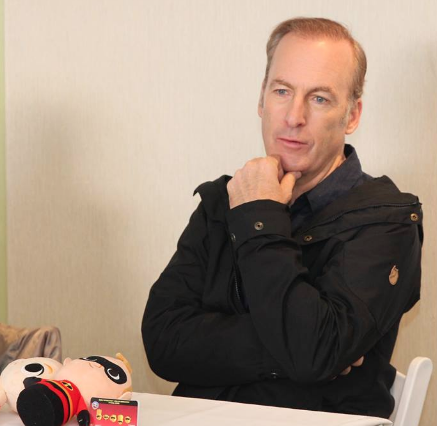 Isn’t that the sweetest? His character in this movie is pretty sweet too and without mentioning any spoilers, I have to say that I’m so happy the movie ended the way it did because I was really attached to Bob’s character Winston.

I actually thought he looked very much like his character in the movie so I got a kick out of him mentioning that other people thought so too:

People have said my character looks a lot like me, and I’m like there’re ways I think, yeah, that it is. And then there are ways I’m like, wow, I’m not remotely like that. Obviously I don’t dress as well as the character. That’s for sure.

And of course, then he really got a little blushed and everyone laughed. Super cute interaction between these two. This was such a fun interview! 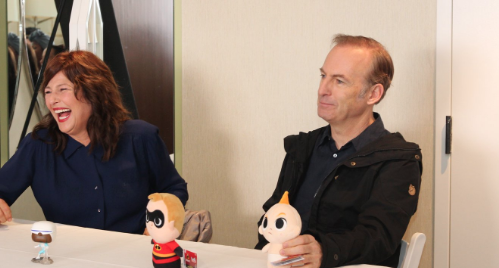 As other cast members mentioned in earlier interviews, both Bob and Catherine gushed over working with Brad Bird. When asked how Brad was different from other directors, Bob said:

He’s not different from all of the directors. He’s a lot like the best directors. Spielberg and Alexander Payne and Vince Gilligan. These guys know what they want, and they dial it in just so . That could sound like oppressive to an actor. It’s not though.

Somehow it’s like a challenge that you wanna meet, and it’s like a neat thing to do it. And you feel accomplishment when you do it. But also they’re all willing to hear, especially in the early stages of a scene, what do you wanna try. Try something or even maybe after they got exactly what they want, you can say, yeah, but I don’t know. I had a different thought about how to say that line. And they’ll go let me hear it. And then they go down that road together, but they all are dialing it in just so.

Catherine added in that working with Brad in the sound booth is a process of trust and knowing that he will take what they do there and work his magic to turn it into the finish product:

You have to trust Brad, because he’s putting that movie together, obviously, up at Pixar. So, you’re not really seeing that. And he knows the tone of it all and the other characters, and it’s changing over time. So, you could feel it changing in the script, the tone, a little bit, but you don’t know really know where or how. And you never have the whole script, but you really just gotta give him what he wants, get that first and then maybe say what if I tried this and that.

Catherine also touched on the fact that her character was originally going to be a man. That’s very hard for me to imagine now, as some of the key moments would have not been as powerful. Without spoiling anything, there is a standoff between Evelyn and Elastigirl that is pretty epic, and Catherine shared on how the two women sharing that moment made such a difference in the story:

If that was a guy and Elastigirl, fundamentally not the same message to the audience subconsciously of female characters can be well-rounded. And they can be evil and good and both at the same time and take — and be a part of the story on the level those two characters in that moment. It would not be the same to just have Elastigirl be the superhero.

I just really enjoyed these two and I think that their roles add so much dimension to this film.