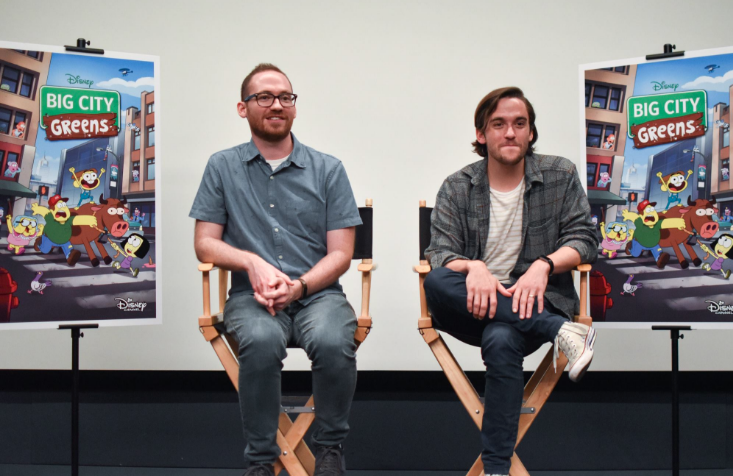 Can you imagine what it would be like to have your childhood turned into a cartoon on the Disney Channel? That’s exactly the kind of dream that’s coming true for brothers Chris and Shane Houghton as they’ve turned their life story into Big City Greens a Disney television animation which debuts this month on the Disney Channel!

I had the chance to chat with these two and also screen a couple new episodes of Big City Greens and I have to tell you, this show is very unique with a fun sense of humor that I think young kids are going to get a huge kick out of. The green family life featured in the new animated series Big City Greens is literally based off of the Houghton Brothers’ childhood as simple country folk and their big adventures! 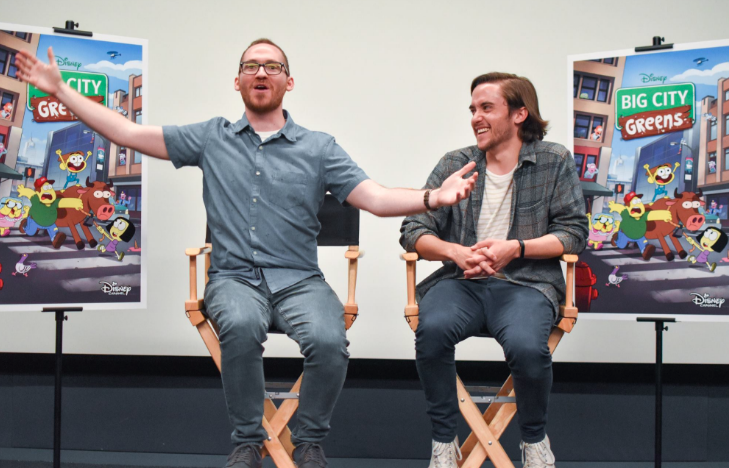 The Brothers Behind Big City Greens

If they look like a fun pair of characters, they are! I got the biggest kick out of their interaction with each other and they definitely act like siblings. They joked that their crazy ideas for this animated comedy-adventure series focuses on growing up in the small rural town of St. Johns. The Houghton Brothers’ childhood provided a lot of inspiration for their creative ventures – they joke that they tend to show up wearing similar outfits and that their familiarity with each other comes in handy when working together because they understand where the other is coming from. 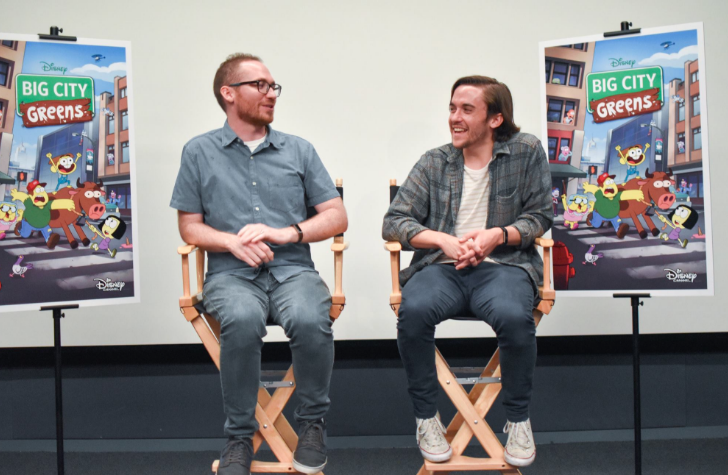 And probably my favorite thing about BIG CITY GREENS is that this show is based on their life growing up in Michigan. They even pulled in characters based on real-life family members, the sweetest of which is the character Grandma Alice that is modeled after their own grandmother, who they referred to as wild Gramma Alice! She’s a hoot and they mentioned that they feel like their grandmother would have been so proud of her character in this original series because just like their real grandmother, Grandma Alice is fun and feisty but most of all, loves her family.

Cricket Green is a main character in the show. He’s a darling optimistic country boy who gets into all kinds of adventures after moving to the big city. Cricket’s natural curiosity sets the scene for some fun times in this new tv series and I highly recommend watching the episode premiere with the whole family, adults and kids alike will get the biggest kick out of the way the creative team behind this series brings this unique animation series to the screen.

Cricket Green also happens to be voiced by Chris Houghton and is a character that I think you will really get a kick out of. Chris does such an amazing job at voicing him that I can’t help but wonder… was Chris the inspiration for Cricket?

Speaking of characters, the voice cast of the series is so well done – so happy to see this new show as part of Disney Channel offerings this season. Original songs and laugh out loud writing, make this an enjoyable show for the whole family!

I’m exciting to see more episodes of Big City Greens and really excited to see what my kids think of it! Here’s a big more about the show, including a trailer for you to enjoy!

I feel like the entertainment industry can get a little bit repetitious sometimes, especially in the children’s animation category. This show is similar in humor to Gravity Falls and Adventure Time, and yet – it’s totally different. It stands alone in that it features the adventures of a small family that is unlike any you’ve ever seen. Maybe since it was based on the Houghton brothers’ childhood and the fact that series creators seem to really push for this unique vision of bringing childhood adventures of the Houghton brothers to life on the screen.

Look for special guest stars and more fun in store from the show’s creators. I already can’t wait for the second season… and the third season, so stay tuned for great things to come! And if you are looking for Big City Greens merchandise, there are some really fun products out right now: