NEW DRAMA! FOR THE PEOPLE airs TONIGHT on ABC!

As part of trip to LA a few weeks ago, I had the chance to screen one of ABC’s new shows FOR THE PEOPLE which aires tonight! In attendance for the interview as Jasmin Savoy Brown (“Allison Adams”), Susannah Flood (“Kate Littlejohn”) & Wesam Keesh (“Jay Simmons”) Regé-Jean Page (“Leonard Knox”) Creator & Executive Producer Paul William Davies and Executive Producer Tom Verica. We first screened an episode and then had the chance to chat with them about the show and get a peek behind the scenes and learn how this show came to be. 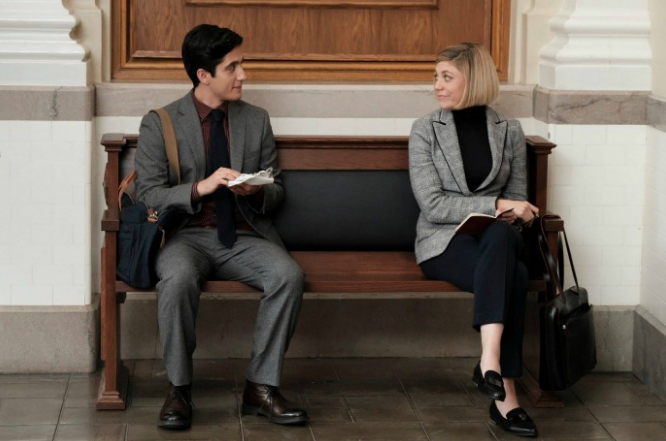 Set in the United States District Court for the Southern District of New York (a.k.a. “The Mother Court”), the new Shondaland series show follows six talented young lawyers working on opposite sides of the law and handling the most high-profile and high-stakes federal cases in the country. 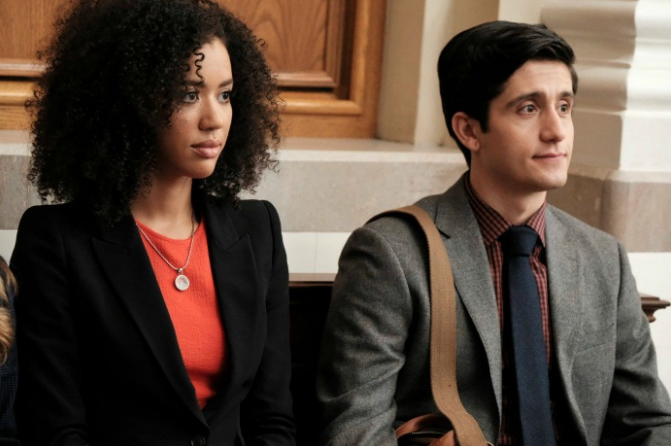 Let me tell you, the cast of this show is amazing! What a bunch of young firecrackers! I feel like their passion for life shows in the characters that they play and they all have such amazing chemistry! 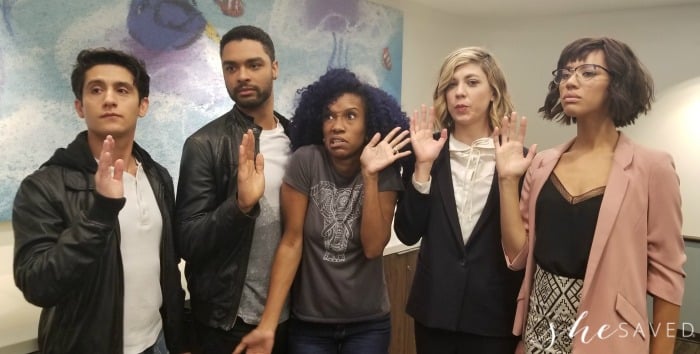 I mean look at them… all business when I asked them to take an oath to give us the REAL dish on the behind the scenes happenings on the set of FOR THE PEOPLE. All business.

Regé-Jean Page shared with us what it was like to work/act in this type of setting.

Being in a courthouse environment and feeling people work at an incredibly high level with people’s lives in their hands every single day is an extraordinary thing and something you kind of need to feel palpably before you can kind of take it on. Just the fact they walk into this courtroom every day, real people’s lives incredibly intricate complicated stories, and you have to boil that down and deliver it to jury with all the technicalities involved and essentially either save lives or not and with ten other cases on your back and five calls coming in every ten minutes.

And when asked how this show might shed new light on attorneys, Producer Paul William Davies added his thoughts.

This was another thing that kind of went into the mix of thoughts that I had in creating the show is that- and studies have borne this out. Really the only category of lawyers that are truly happy in their jobs are public defenders and prosecutors. They tend to have the like by a wide margin highest career satisfaction among attorneys who generally have a very disturbingly low career satisfaction number. Public defenders and prosecutors stand out because they actually are doing real things and are really invested and engaged in their jobs. I really wanted to show law in a light that was different than in some ways I experienced it and most of the people that I went to law school with experienced it, which was either the drudgery of a big firm or they stopped, they quit. It’s generally an unhappy lot, but this is the exception and this show is a little bit, more than a little bit, it’s aspirational that way.

Summed up best by Jasmin Savoy Brown when she actually shared that she find that this show and these roles and this show will be great conversation starters and I couldn’t agree more.

I found it really cathartic to be working on something that feels that it speaks to the times that we’re actually living in. I think a lot of people are walking around with a lot to say about a whole host of worthy issues and it feels like, it feels really timely to be in a conversation that feels like it matters.

I really think you will enjoy this show, I sure did. Not only does this show give us an exciting look at the legal system but it’s also very educational and I think we can expect some great show themes and topics!

And the cast! SO good. In fact, I had a fun moment with them pretending that they were my legal team. How could I go wrong with this team in my corner!?? 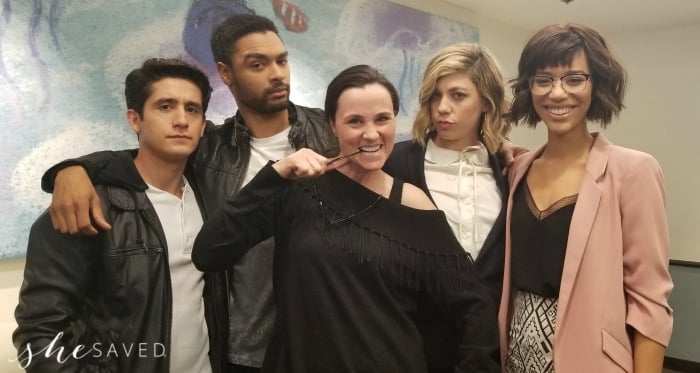 FOR THE PEOPLE premieres TONIGHT!!

She Saved, LLC is a participant in the Amazon Services LLC Associates Program, an affiliate advertising program designed to provide a means for sites to earn advertising fees by advertising and linking to Amazon.com and MyHabit.com
274 shares