On Monday I shared with you the exciting news and announcements from Disney and Pixar Animation Studios that they revealed to us at the D23 Expo. Yesterday, I shared even MORE exciting news from the live-action slate that we can expect from Disney, Marvel and Lucasfilm. The announcements and information shared at D23 Expo still has my head spinning and if you ever get the opportunity to attend, I highly recommend it!

Today, I’m sharing with you the exciting things to come for the Disney Parks, as shared with us from Walt Disney Parks and Resorts Chairman Bob Chapek. HUGE things to come, things that I think would make Walt Disney himself beam with pride. As Chapek shared each new item from the line-up, D23 Expo attendees went nuts with applause. 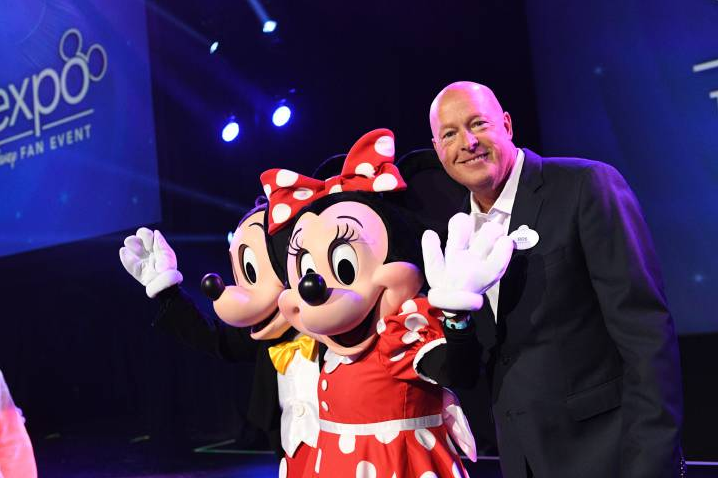 “On the heels of the many new and incredibly popular experiences that just debuted this year, the best is yet to come. We have ambitious plans for our parks and resorts around the world,” said Bob Chapek, chairman of Walt Disney Parks and Resorts.  “We’re investing in the guest experience like never before, and we’re doing it all in way that is only possible at Disney!”

I think that probably the most exciting (and most anticipated) announcement was our first peek at Star Wars: Galaxy’s Edge. As expected, this themed land is going to be epic.

Chapek confirmed that Star Wars fans will have their dreams come true and to life in Star Wars: Galaxy’s Edge, the newly announced name for the Star Wars-themed lands. Chapek shared exciting new details and gave us a peek at what this attraction will look like, including the fact that one of the new Star Wars attractions will literally put park goers in the middle of a battle between the First Order and the Resistance! 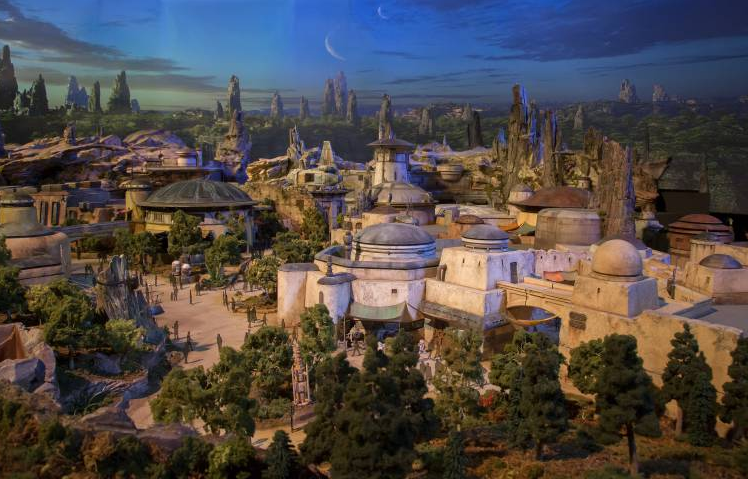 I can’t even imagine how unreal this experience is going to be, can you? 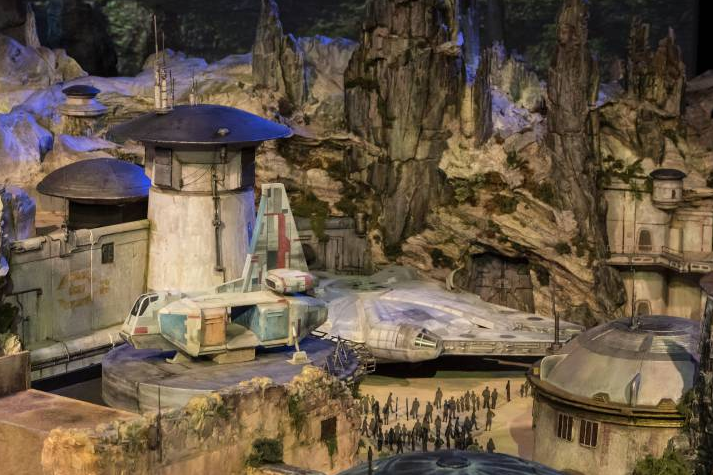 As if that isn’t exciting enough, how about an actual fly-through Star Wars: Galaxy’s Edge: 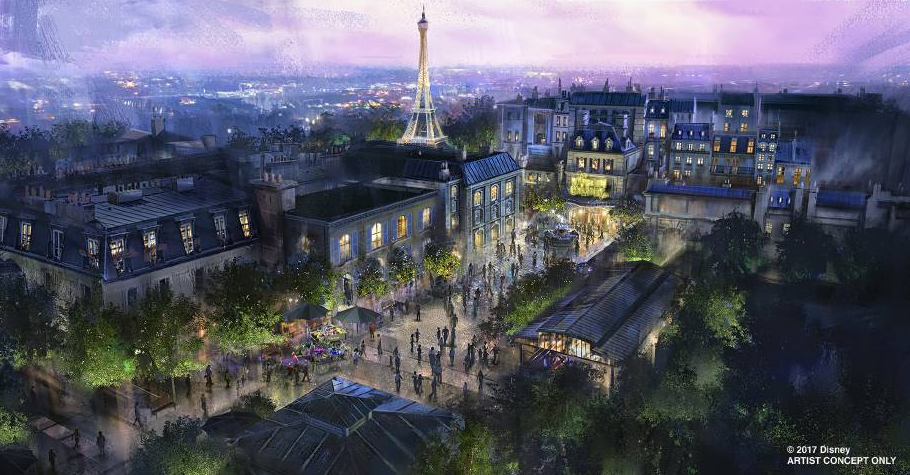 BIG things coming as we look ahed to the 50th Anniversary of Walt Disney World. Chapek announced exciting plans across Epcot to realize the original vision of the park while making it more timeless and relevant than ever before. Patterned after the number one family attraction at Disneyland Paris, Ratatouille will be added in an all-new space in the France pavilion at World Showcase.

Looking for a futuristic meal? How about dining with a view? Big plans coming to Future World, a new Green Mission at Mission: SPACE will take guests on a stunning tour around the Earth, and an updated Orange Mission will make the trip to Mars even more spectacular. And, to complete your space travel adventures, adjacent to Mission: Space will be a new restaurant that will invite guests to travel high above the earth for an unforgettable dining experience. 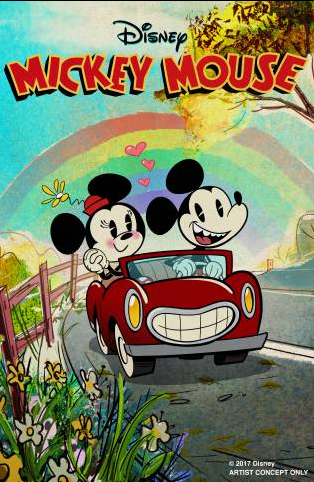 Finally! Mickey is getting his own ride! Even better, it features him and his sweetheart, Minnie! The first-ever Mickey-themed ride-through attraction, Mickey and Minnie’s Runaway Railway, will come to Disney’s Hollywood Studios. This ride will be themed around a new original story and lovable attraction theme song, and will take guests on a journey inside the wacky and unpredictable world of Disney Channel’s Emmy Award-winning “Mickey Mouse” cartoon shorts which will use the latest cutting edge technology to bring us into a flat cartoon world for a unique and innovative new dimension. 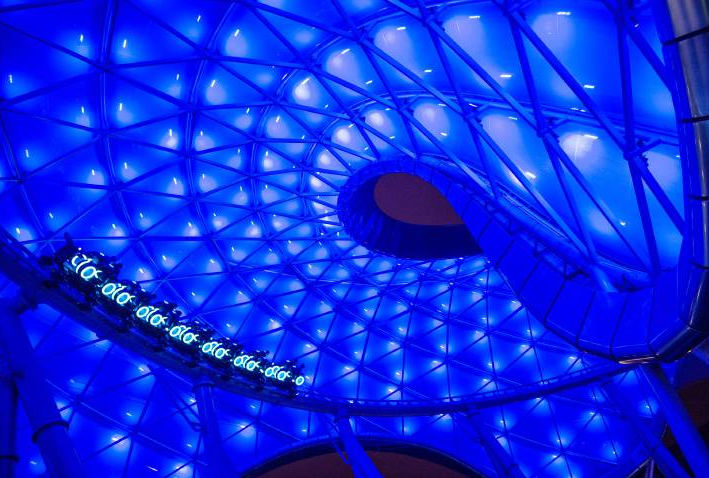 Chapek also announced that the highest rated attraction at Shanghai Disneyland is coming to Walt Disney World Resort. A thrilling, Tron-themed attraction will be added in a new area near Space Mountain at Magic Kingdom. In addition, a new live entertainment theater coming to Main Street, U.S.A. This theater will be based on the iconic Willis Theater in 1920s Kansas City and will bring world-class entertainment to the world’s most popular park. 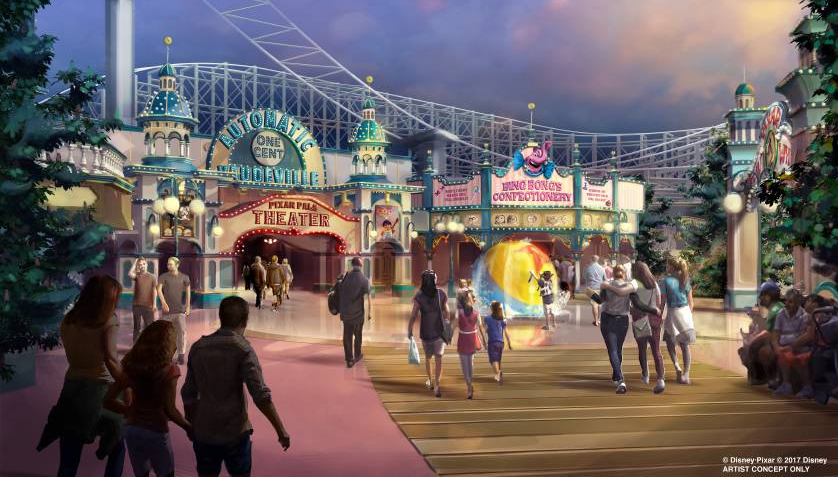 In addition to announcing the summer 2018 opening of Toy Story Land at Disney’s Hollywood Studios, Chapek was joined by Chief Creative Officer of Walt Disney and Pixar Animation Studios John Lasseter and they shared that California Adventure’s Paradise Pier will become Pixar Pier in 2018. This will be a place where Pixar characters and stories come to life, from The Incredibles, to Inside Out to even more Toy Story.

To make this even more epic, the Pixar Play Parade will return to Disneyland Resort, and the fan favorite Paint the Night Parade will move to Disney California Adventure, one of Disney’s longest parade routes and one of my all time favorite Disney parades. 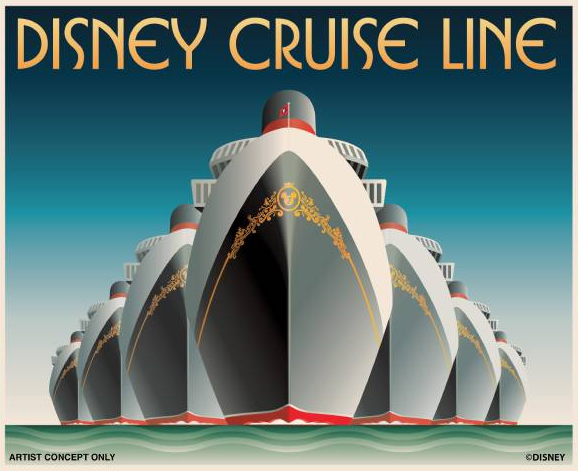 High on my bucket list is a Disney Cruise. I was so excited to hear (and the crowd went nuts) that the Disney Cruise Line will add one more ship in its expansion to take family cruise vacations to a whole new level. Two new ships were announced just last year, which means that THREE new ships will be joining the fleet and all three ships will be powered by one of the cleanest-burning fuels available, liquefied natural gas. When all three ships are completed by 2023, Disney Cruise Line will have nearly doubled the size of the fleet. 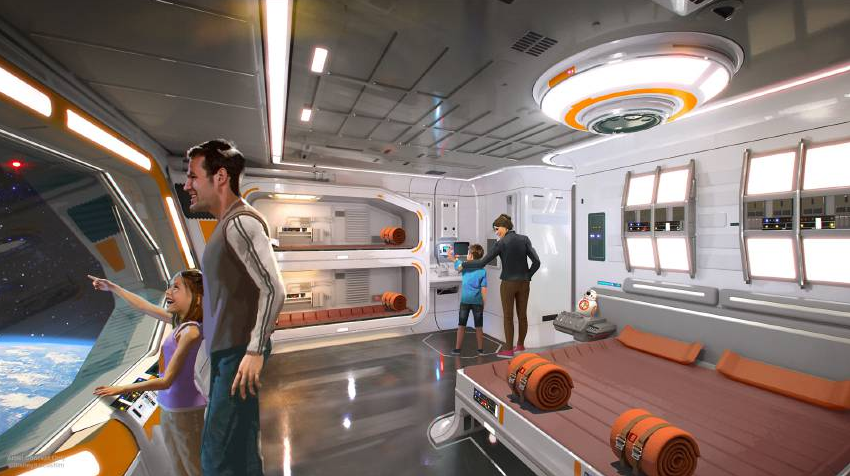 Hotel Concepts that are Out of this World!

Disney is always taking things one step further, cutting edge in everything that they do. So while it was an exciting surprise to hear about Disney’s plans to create the most experiential concept ever in an immersive Star Wars-themed hotel at Walt Disney World Resort, it wasn’t shocking. I can’t wrap my head around what this hotel will be like, but I sure hope I get to experience it. According to Chapek, it will be dedicated entirely to the galaxy of Star Wars, it will be a one-of-a-kind experience where a luxury resort meets a multi-day adventure in a galaxy far, far away.

Another item on the immersive resort hotel slate, Disney’s Hotel New York – The Art of Marvel at Disneyland Paris will transport guests to the action-packed world of Super Heroes, including Iron Man, The Avengers, Spider-Man and more. At this resort, guests will be able to explore the Marvel Universe through its comic art, films, Super Hero costumes and more, displayed in the style of a contemporary art gallery. This will be a Marvel fans dream destination, I’m sure! 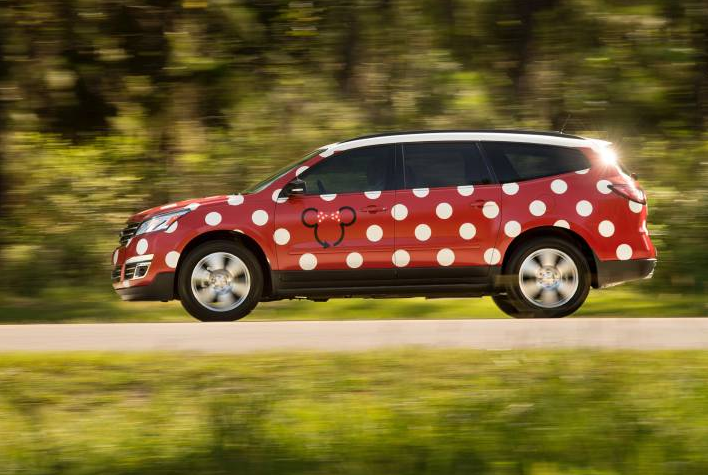 Leave it to Disney to continue to make great strides and innovative steps when it comes to transportation!  An all-new Minnie Van service will provide a point-to-point transportation service in a way that only Disney can do, giving guests an even more seamless resort vacation from start to finish. Beep-Beep! 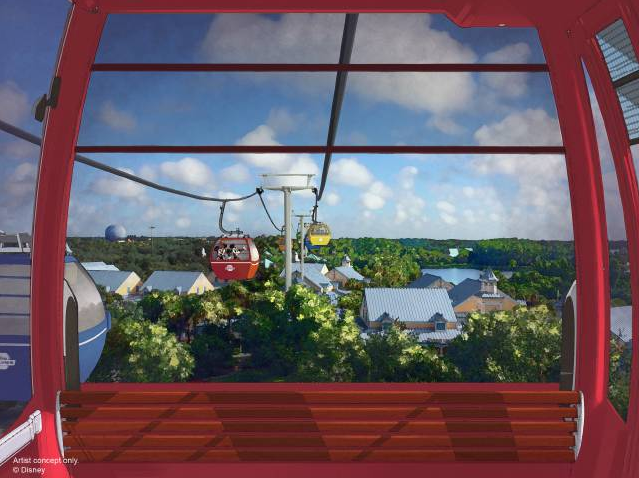 On top of that, they are bringing in a new transportation system called Disney Skyliner which will give guests a birds-eye view of Walt Disney World Resort. Talk about traveling the park in style, this new system will connect Disney’s Art of Animation, Pop Century and Caribbean Beach resorts, as well as the proposed new Disney Riviera Resort, with Disney’s Hollywood Studios and the International Gateway at Epcot.

So much awesome to come, can you handle it?? If you missed my announcements about the upcoming movie slates, make sure to check them out here: