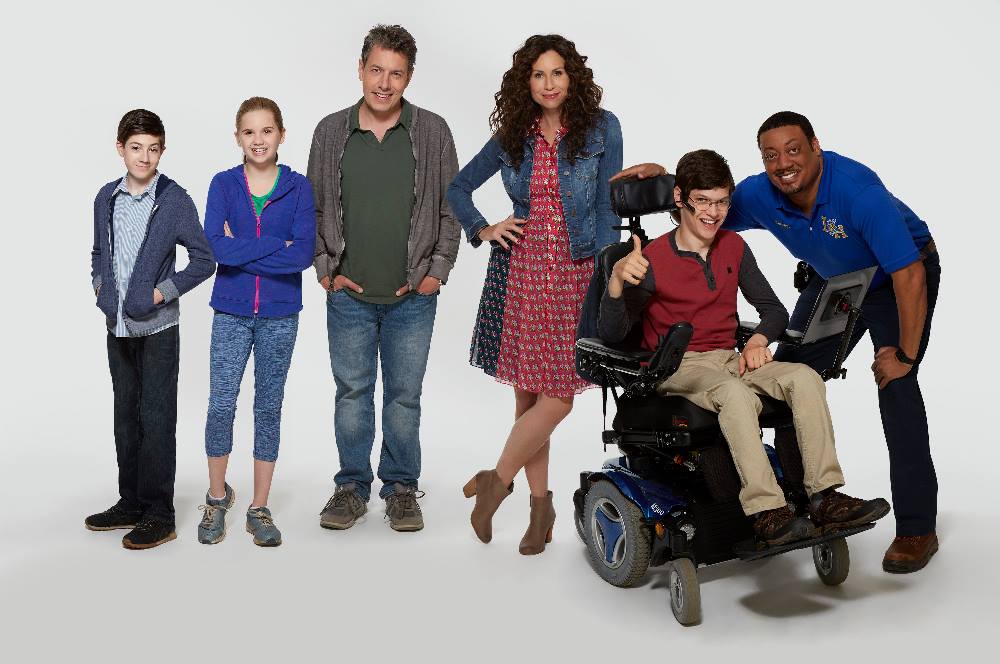 Speechless: A MUST WATCH ABC Show

Have you watched ABC’s new show Speechless yet? It’s SO good. And I’m not only saying that because I adore (adore!) Minnie Driver and would probably love anything that she is involved with. This truly is a fantastic show. It’s a very different approach to a family comedy because mixed in with the comedy are some very serious and at times, heart gripping realities and eye opening situations.

The show centers around the DiMeo family. Minnie Driver plays mother Maya DiMeo, a mama bear like no other who goes to all lengths (for reals!) for her family, and specifically her son JJ (played by Micah Fowler) who has cerebral palsy. The show provides us with a peak into their lives as a family fights injustices (both real and imagined). It is eye opening. Powerful. Sometimes hard to watch. Heart gripping. 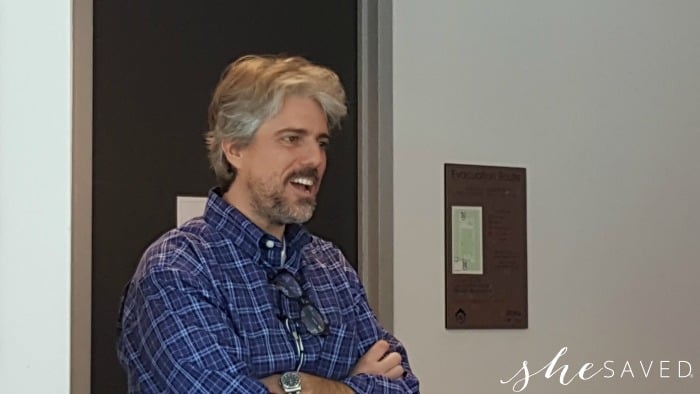 I had the awesome opportunity to hang out with the cast of Speechless on their set, and I am excited to share my experience with you. Our set visit started with a Q&A with Creator & Executive Producer Scott Silveri. Scott has a true passion for his work on Speechless because he actually has a brother who has cerebral palsy. Many of the story lines and situations in the show come from his family experiences growing up. I think that his personal experiences are truly what gives this show it’s heart, and this show has a HUGE heart.

I love the photo below of Scott because it shows his humor, and obviously that is something that he draws on a lot in both his personal life, and in his story lines for the show. In our discussions with us, he shared his deep desire for people to understand what living with a disability is like and how important it is to him to bring these real life situations into people’s living rooms so they can see first hand what families like 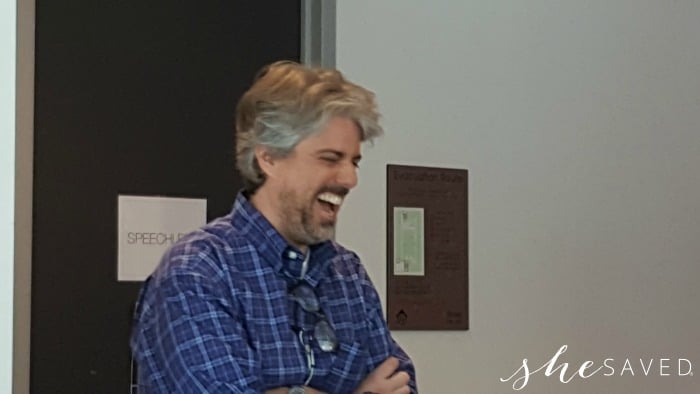 Scott Silveri is a veteran television writer and producer.  Born and raised in Yonkers, New York, his earliest credits were NBC’s “Mad About You” and “Friends,” where he rose through the ranks to executive producer, receiving the Emmy award for Outstanding Comedy Series.  He co-created the show’s spinoff, “Joey.”

Scott attended Harvard University where he served as an editor of the Harvard Lampoon.  He resides in Los Angeles with his wife, Shana.

The cast of Speechless

One of my favorite parts of the set tour was our time chatting with Minnie Driver (Maya DiMeo) and John Ross Bowie (Jimmy DiMeo) … they are so fantastic together, and there is so much great chemistry between them for these roles! Look how darling they are together! It kind of made me want a “set” husband.

Another HUGE highlight of the set tours for me was getting to meet the shows real star, young actor Micah Fowler who plays JJ. What an amazing young man. I am so excited to watch his career unfold and see all of the amazing things that he will be doing. 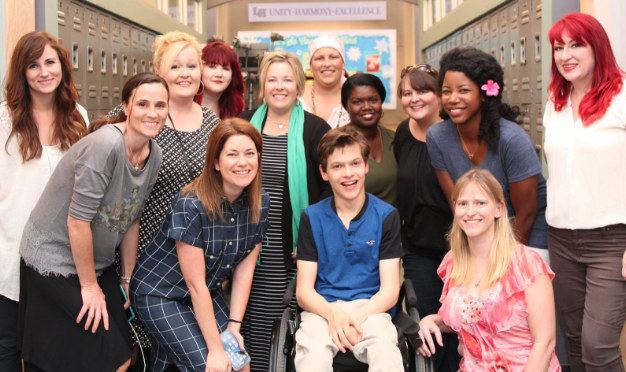 One thing that makes this show so fantastic, are the relationships. Cedric Yarbrough plays Kenneth, JJ’s companion and caretaker. Their relationship is just awesome. Because he helps to tend to JJ’s needs, Kenneth essentially becomes part of the family, and that element alone makes for some very special moments on the show. I think that caretakers deserve a lot more credit than they probably get, especially the good ones and I love that Kenneth’s role brings light to that. Look at me all snuggled up to Cedric Yarbrough, he’s like a big teddy bear!! 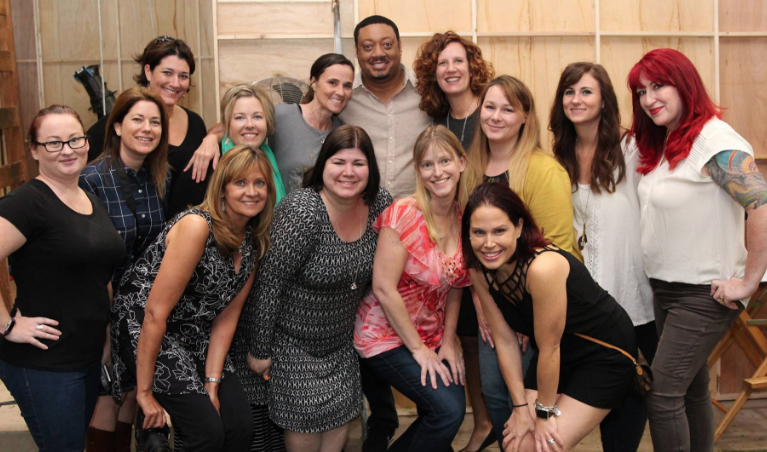 We also had the chance to chat with young stars Mason Cook (plays brother Ray DiMeo) and Kyla Kennedy (plays sister Dylan DiMeo) and these kids are just darling. I think that another reason that this show works is because is really is the story of a family working together to support JJ and his disability, and as creator Scott Silveri shared, it really is a family effort and that is one of the very beautiful things about this show. It gives credit to all of the factors that make this family so functional and lovable.

On the set of Speechless 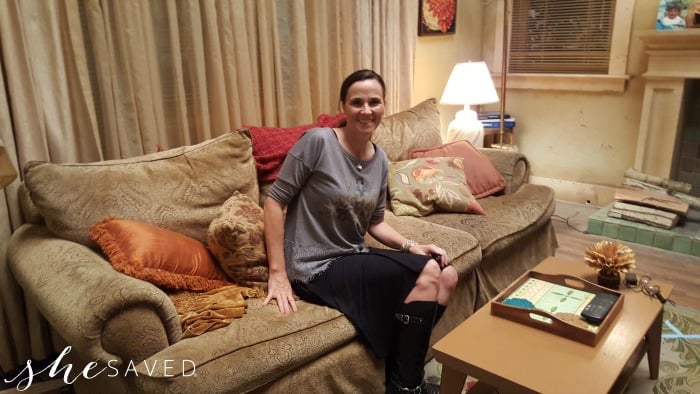 If you have watched the show, you have probably noticed that one the DiMeo family is not, is rich. They are truly a family that many can relate to. They live very modestly, often chaotic, messy and I LOVE IT. I feel like just that aspect of the show alone makes them very likable and relatable. No crazy over the top Pinterest perfect mommy here! In fact, I think that’s one thing that I love most about Maya DiMeo… she’s a flat out hilarious mess, and she owns it! Here’s a peek around the set of Speechless: 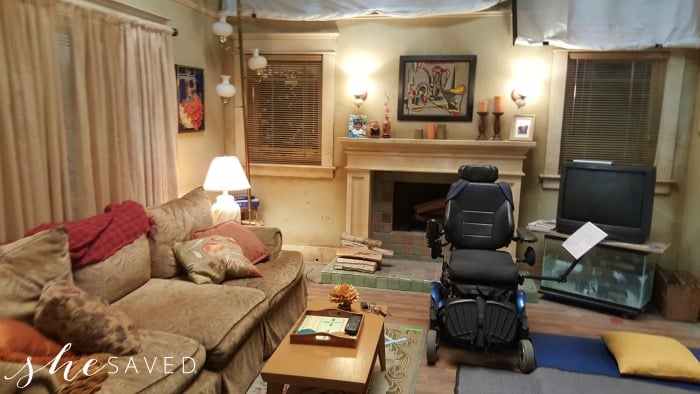 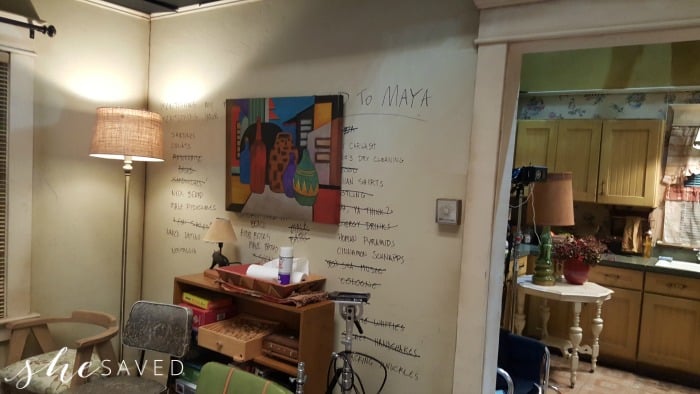 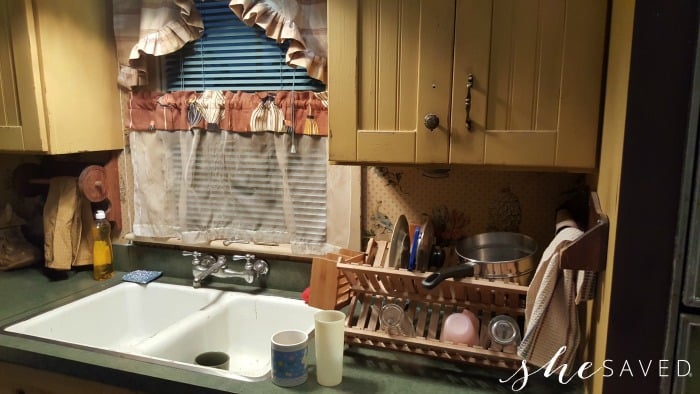 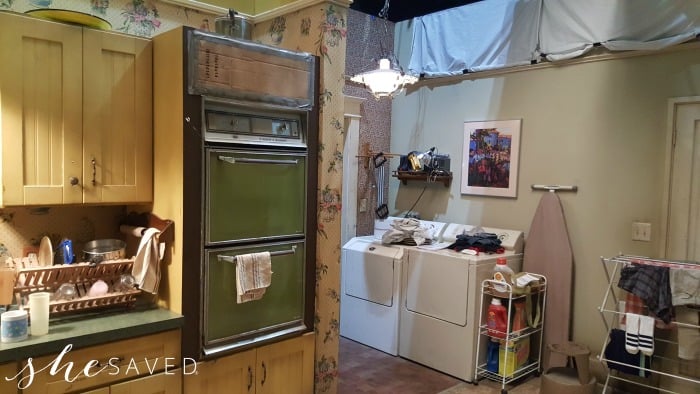 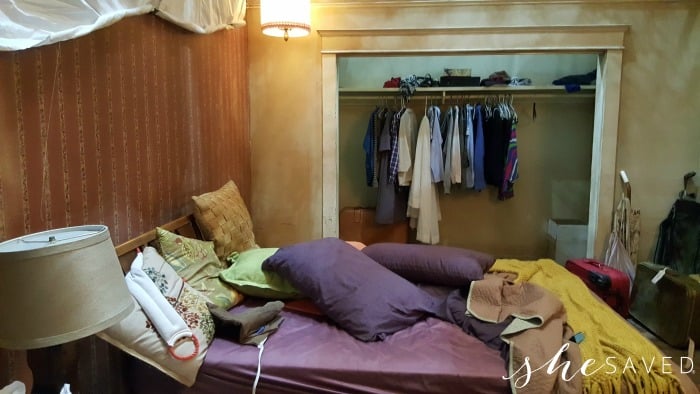 Here is this fun clip you will see as the entire family helps JJ prepare for his date, it’s hilarious:

Load More...
She Saved, LLC is a participant in the Amazon Services LLC Associates Program, an affiliate advertising program designed to provide a means for sites to earn advertising fees by advertising and linking to Amazon.com and MyHabit.com
17shares