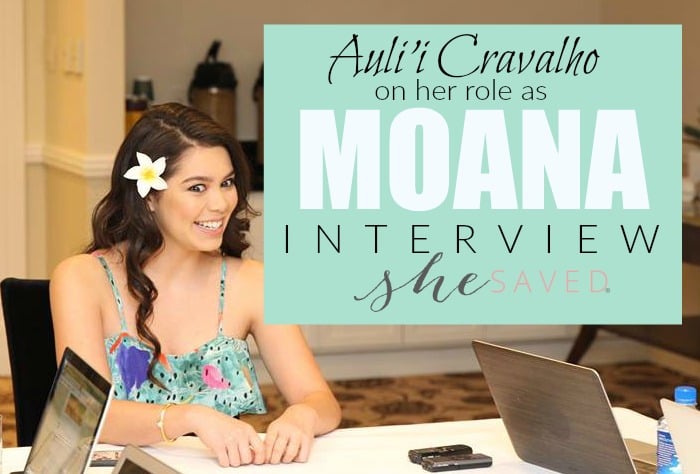 Yay!! MOANA is in theaters today!!

Just last week I was in LA for the red (blue) carpet world premiere of Disney’s MOANA. I shared with my my review of MOANA here, and in the next few days I will be sharing many more behind the scenes interviews from both cast and filmmakers. I have already shared my interview with Dwayne “The Rock” Johnson and also my interview with Lin-Manuel Miranda and I am so excited that today I get to share with you an interview that I had last week with Auli’i Cravalho, the young actress who voices Moana.

This is actually the second time that I have had the pleasure of interviewing Auli’i. You might remember that a few months ago, I interviewed Auli’i and her mother Puanani Cravalho. It was so fun to see here again just a short few months later, and a lot has changed for her in those months… she’s quickly becoming a bigger and bigger star. BUT she still has that same sweet persona and I love that about her! I think you will enjoy this interview, and hearing what she has to say about all of the excitement of being a young star (she just turned 16 this week!) and what all that means.

On becoming Moana (and finding out that she got the part)…

I was called into technically another audition where I was told I would need to do just some more ad lib. And that was after I had already flown up to LA and I had done some recording up there. I had tried out the first time in my life in front of like real life people. Besides my mom, you know, and I had a lot of fun. That was my kind of second callback, I suppose. And I did more ad lib and they were like, “You know, could you say it a little bit more happy, like for instance if we gave you the role, how would you react?” And I was like, “Okay! Wow!” I gave forth my best shot, and that’s when they told me I was gonna be in MOANA. I was crying and I was so happy! And just thrilled that, first of all, they thought that I was worthy enough for this role. I could never imagine in my wildest dreams that I would be voicing this character. But I was just so happy and blessed. And then I told my mom. And then I had another cry fest. So. It was really good.

The Polynesian culture is obviously a huge part of this movie, and I love how much that means to Auli’i. Even as young as she is, she so strongly recognizes the importance of the representation of her culture. You could just hear the passion in her voice as she spoke of the details that brought this film together.

I’ll admit, I was a little wary before I got put into this role because I think anyone who hears that a movie is going to be inspired by their culture, they want it to be done right. We don’t want any misrepresentation, we want to make sure that what we feel our culture’s about, that it’s portrayed correctly on the screen. And that was how I felt. But after sort of working on the film and I learned more about the Oceanic Trust that is made up of individuals who are elders, who are fishermen, or navigators. That every single component, whether it was just a small little dancing scene in there, that was choreographed by a Polynesian dancer. But just the little details, even just listening to the palm trees swaying in the background, that they got all of that. Because that’s what it’s about, it’s in the fine details that I think make just the large production that much more special.

Auli’i shared with us that she literally grew up hearing stories of Maui, his legend is deeply rooted into their culture. How neat is it that she is now part of Disney’s version of Maui storytelling?

I kind of describe Maui’s mythology and the folklore of it as my bedtime stories, because they really were. The stories of him pulling oceans out of the sea, or slowing down the sun. I not only heard it before going to bed but also at my school. I go to an all Hawaiian school.

What message do you hope that people take from this movie?

I think the underlying theme of MOANA is something everyone can take away. Yes, young women but also young men who are going to go into this era and be the old heroes and heroines of their own story. It’s so important. I’m 15, going on 16, and you know, I’ve found that I can look up to MOANA, and that she’s a true heroine. She’s determined and beautiful and strong, but being strong doesn’t mean that you don’t have your weaker moments. Moana is all of that, and I think her journey of finding herself is something that everyone can take away from, girl or boy.

On seeing the finished product.

I was really blown away. I had seen it in its chalked up stages of animation where it was not fully complete yet and I was loving it then, I cried during the songs. But now with its finished score, with the palm trees in the background. Or the laughing of the water, even. It blows me away, just the amount of detail that the animators and the sound guys have put in there. It’s incredible. And also seeing other people’s faces. That was so special.

Any advice for other young people trying to find their way?

When I was thinking about show business and I was thinking about the thought of Hollywood, I’m decided I’m not even set my hopes too high, so I focused myself on schooling. Which is really important. Don’t get me wrong, I focused on science and I was planning on continuing my career there. And when MOANA popped up, it was in my freshman year of high school. And I remember thinking okay, I sing pretty well. I’m an okay actress. I mean, my backyard plays are directed and produced by me. Thank you very much. And I thought to myself, why don’t I just try?

And I hope that anyone else just goes out on that limb because they don’t know what life has in store for them. And please, please don’t put yourself down. Because there is so much more potential than you even know.

On who inspires her.

I usually have a happy demeanor. And I like to keep it that way. But for the scenes where I would have to kind of either be sad or upset, it’s all about kinda getting into the mindset. I think particularly in the scenes with Gramma Tala, those were the hardest scenes for me. And I can tear up just thinking about them, because I always imagine my mom as my Gramma Tala. I didn’t have a chance to bond with my grandmother before she passed, unfortunately. But whenever I think of someone who pushes me beyond what I think I can do, who supports me and loves on me just unconditionally, that’s my mom. That’s also what makes me look up to her so much.

What a darling young lady, right? I am so thrilled to have her as a role model for young girls and I can’t wait for you all to see her on the big screen! 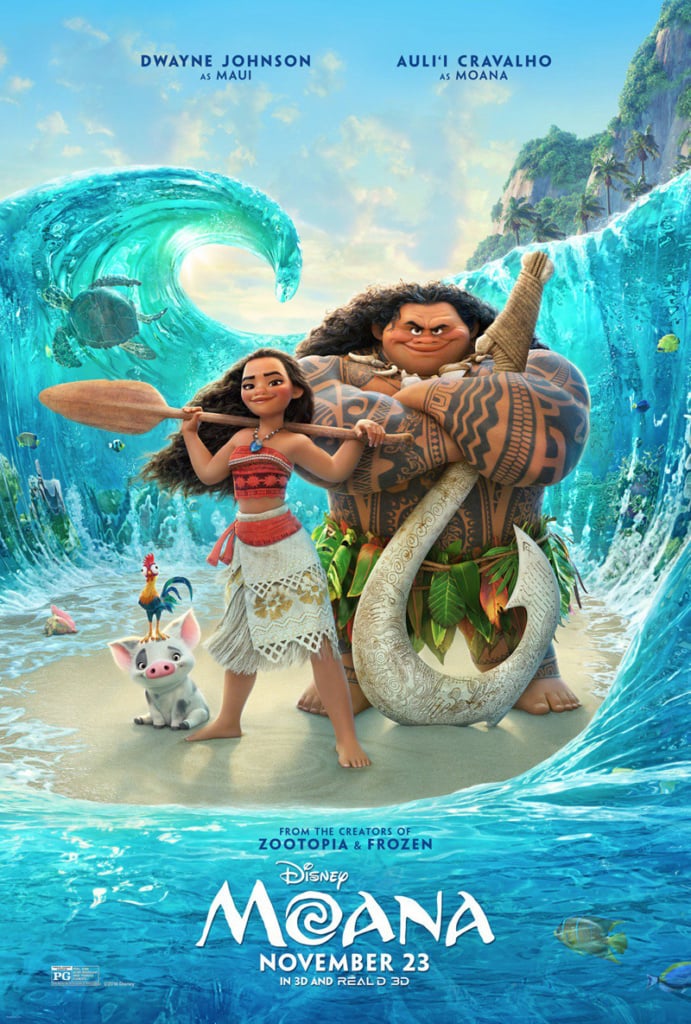 Moana is in theaters NOW!

« Lin-Manuel Miranda Interview: Making the Music in Moana
STUCK IN THE MIDDLE Cast! »

Load More...
She Saved, LLC is a participant in the Amazon Services LLC Associates Program, an affiliate advertising program designed to provide a means for sites to earn advertising fees by advertising and linking to Amazon.com and MyHabit.com
263 shares