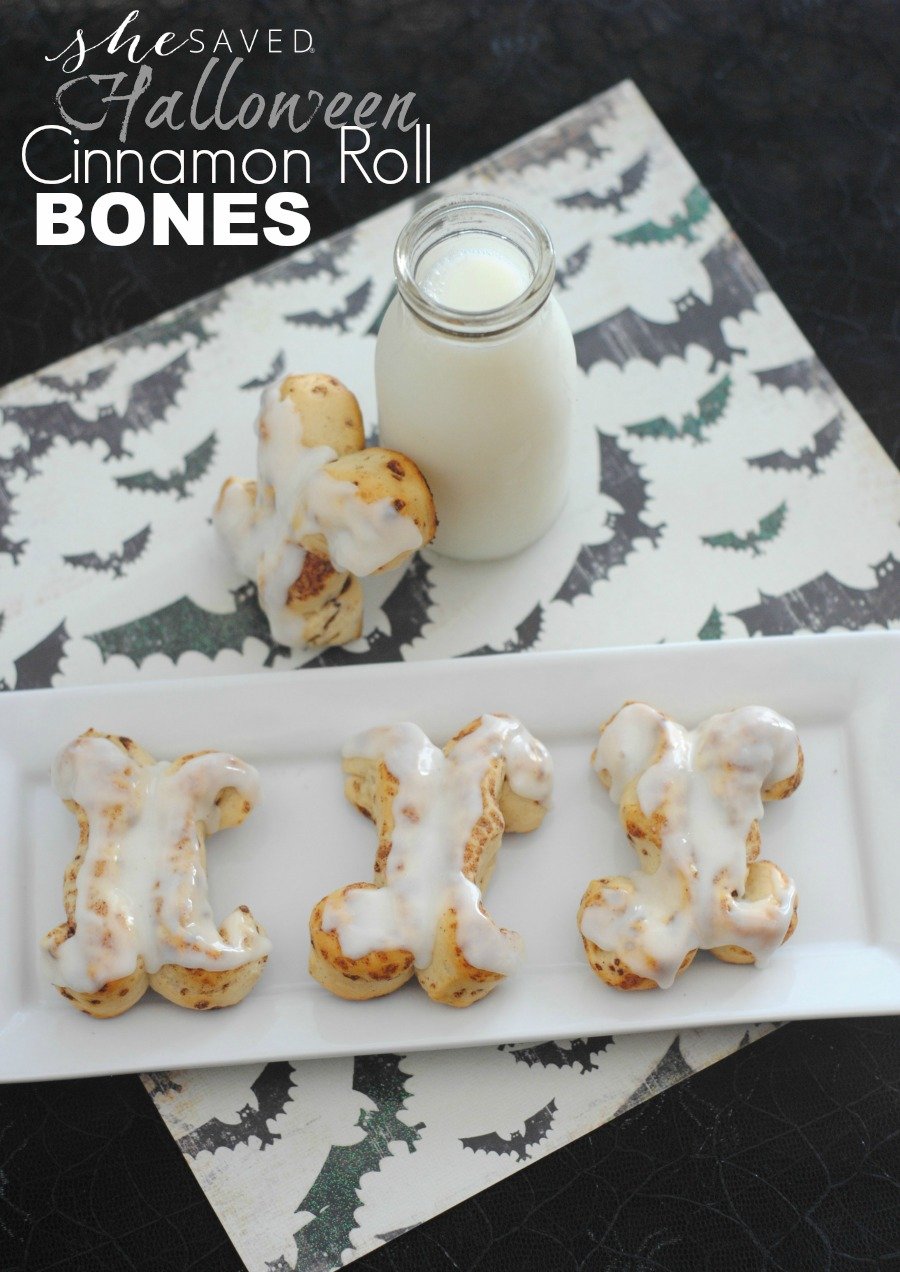 Want to make the kids something special on Halloween for breakfast? These Halloween Cinnamon Roll Bones are a fun and super easy treat!

You can quickly make these fun halloween cinnamon roll bones by just rolling out the Grands cinnamon roll disks that come in the tubes OR you can also make this fun treat by using other frozen cinnamon roll dough. The key is to just roll the dough into long breadstick like sticks and the curve the edges down.

Preheat the oven to 350 degrees.
Open the package of cinnamon rolls and use the kitchen scissors to gently and carefully cut the cinnamon rolls into 1 long strip. Next, cut the long strip in half and then gently press the 2 strips together. Gently curve the ends to resemble ‘bones’ and place about 2-3″ apart on a baking sheet. Cook as instructed. 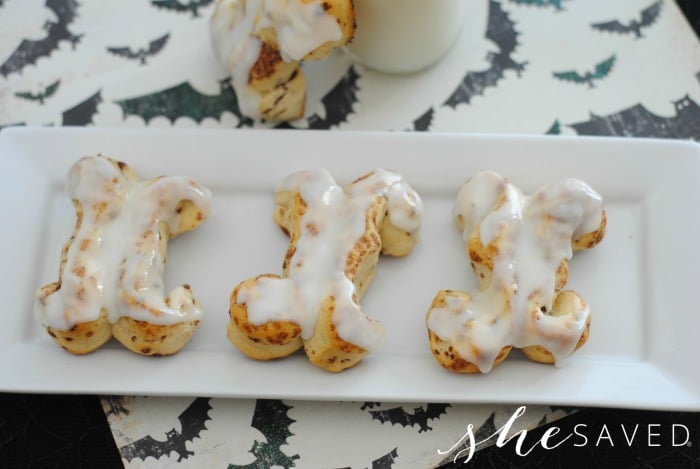 Generously frost each bone with the icing in the cinnamon roll package and serve.

Easy right? You can obviously easily modify this recipe to whatever items that you have on hand or whatever cinnamon roll product that you use, but such a fun way to serve up a spooky Halloween breakfast treat!

I hope you will enjoy these yummy Halloween Cinnamon Rolls on Halloween!

Load More...
She Saved, LLC is a participant in the Amazon Services LLC Associates Program, an affiliate advertising program designed to provide a means for sites to earn advertising fees by advertising and linking to Amazon.com and MyHabit.com
237shares